"The only words I haven't gotten to hear him learn yet is mom and dad." 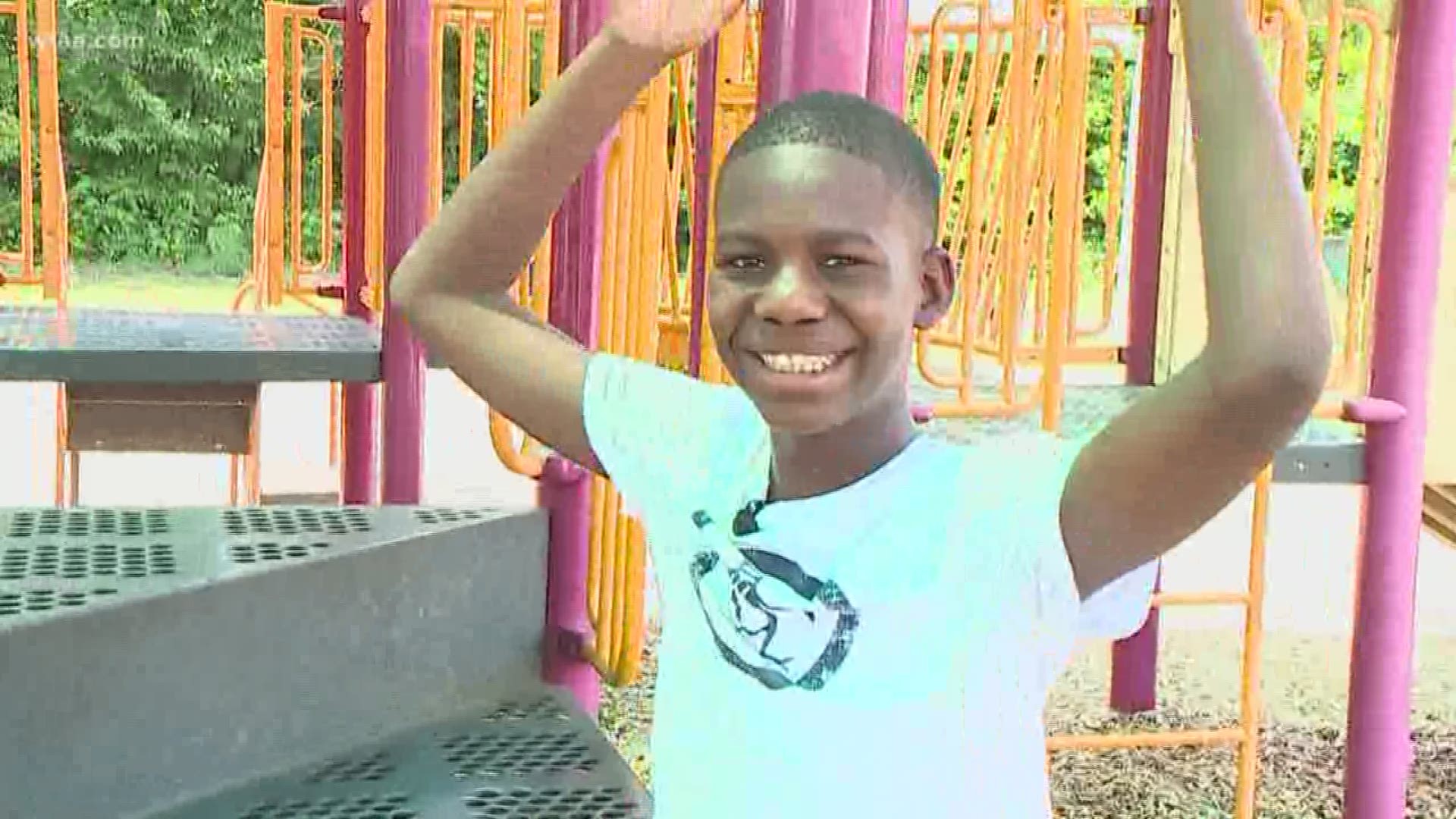 It's a common phrase we teach our children at a very young age.

We recently met a child who needs to be taught the same thing, except he's no longer a baby. He's a teenager.

He's come a long way, but he needs special parents to take him farther.

Manny is our Wednesday's Child.

If Manny looks familiar to you, it's because we've featured him twice before as a Wednesday's child.

The very first time was almost four years ago in 2015.

He only used a few words back then.

Since then, his vocabulary has expanded.

He especially started using his words when a surprise guest arrived during our taping, SpongeBob SquarePants.

And when asked if he wanted SpongeBob to dance for everyone, he replied with a resounding, "NO."

"When he first came to our center he wasn't as talkative as he is now," she said.

Manny's been in a group home for children with Autism for one year now.

"He's learned so many words and able to express things that he needs and wants and even things that he dislikes where before he didn't have the language," Locke said.

One thing that has remained the same about Manny is his sweet spirit and desire to please those around him.

"He has so much love to give and has the sweetest soul and is always looking out for students in his household and at the facility and is gentle with the other kids and has so much potential," Locke said.

The right family who gives him love, hugs and acceptance.

He will need lifelong care.

"Even if it's someone who knows at some point he may have to live in an assisted facility but like someone he can go home to for Holidays," Locke said.

"One that is going to take time with him and make sure his needs are met. Make sure that he's loved," White added.

Give Manny parents who are willing to invest the time and patience and his advocates say you will see him thrive.

"The only words I haven't gotten to hear him learn yet is mom and dad."

Overcome with emotion and a determination to find him a forever family, Locke looks forward to the day he goes home.

You must be licensed to foster or adopt in the state of Texas.

If you're already licensed, contact LaQueena Warren with CPS and she will forward your information to Manny's Caseworker, Jillian Locke.

If you are not licensed, contact LaQueena and she will help you get the process started. You can email her at Laqueena.warren@dfps.state.tx.us or call 817-304-1272.