"I feel if I had not gone through that, I wouldn't be as strong as I am now." 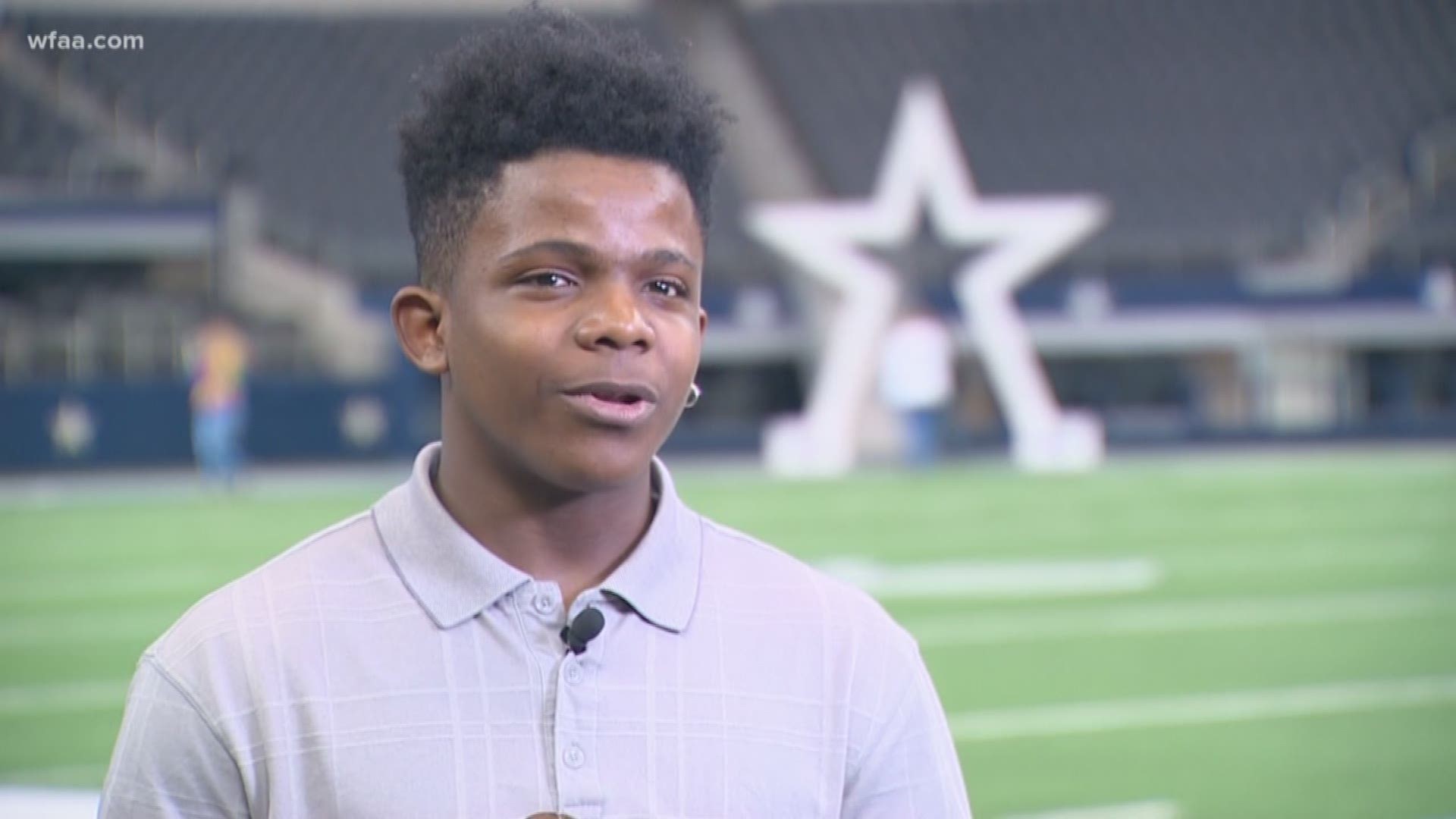 When you meet Cameron, he exudes confidence and kindness.

He also loves people of all races and wants to be adopted by any family who simply chooses to love him.

"Yes, I like football. I played it a lot when I was younger but then I stopped playing. I started playing basketball," Cameron said while taking a tour of AT&T Stadium in Arlington.

Playing sports is a way Cameron copes with his feelings. Being active keeps him strong both mentally and physically.

"I play basketball, football, sports and I like listening to music," he said smiling.

Today he got to play on the same field as Cowboys running back Ezekiel Elliott. If Cameron ever meets Zeke, he's going to ask him about his signature move.

"When he makes a touchdown or if he makes a lot of yards he'll do the thing like he's eating, I'll ask him to do that with me," he said.

Like Zeke, Cameron also wants a triumph. He wants the win of having a family who loves and protects him.

"I want to be adopted and be with a mom and a dad, and it doesn't matter what race it is because we're all people," he said.

People make Cameron smile. There's a reason you can't wipe that smile off his face.

"I used to like, always cry, and then would look in the mirror while crying, and then something told me to stop and instead of looking in the mirror and crying, just smiling. And so ever since I just started smiling," he said.

Cameron's past of abuse and neglect are the reasons he used to cry a lot, but he's realized it's the past that's shaped him into who he is today.

"I feel if I had not gone through that, I wouldn't be as strong as I am now."

Cameron needs two parents who will be patient and not give up on him. He desires a loving family who will stand by him and be proud of who he is.

You must be licensed to adopt a child in Texas.