This week's Wednesday's Child, 10-year-old KJ, aims to go the distance in life

"I just like smiling. People tell me that I have a million-dollar smile," KJ says proudly. 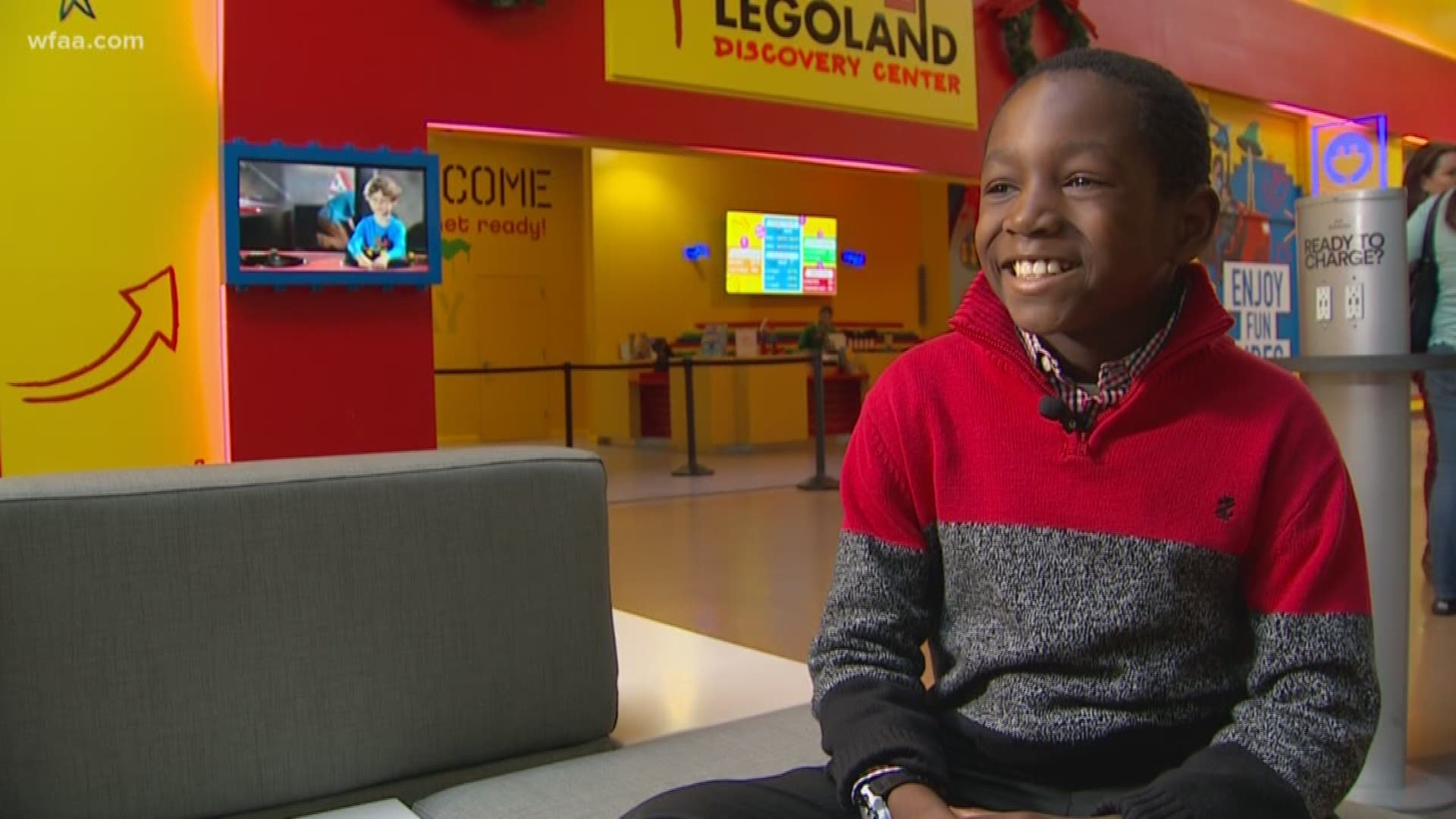 GRAPEVINE, Texas — Foster care is a strange and scary place for a lot of children.

It takes strength and courage to smile and to be positive.

10-year-old KJ has been in foster care for six years. He's still smiling and more ready than ever to start a new life with loving parents.

When you first meet KJ, his smile lights up the room.

"I just like smiling. People tell me that I have a million-dollar smile," he said proudly.

What a smile — and what a guy!

On the day of this Wednesday's Child taping, he teamed up with a Master Builder at Legoland in Grapevine.

"I'm an active kid, I like being on sports teams and I like doing speeches," KJ said.

KJ especially likes to use his imagination, whether it's putting together a car at Legoland or writing a speech about equal rights.

"It means the world to me because I don't want to live in a world of racism," he said.

At the young age of 10, KJ is learning to drive with courage.

When his Lego car fell apart, the Master Builder reminded him of an important lesson in life and when building Legos.

"The best thing about this is that we can rebuild it. Nothing's ever truly broken forever," the Lego Master said.

Also today, KJ finally got to see his sister who will be adopted separately from him.

They hadn't seen each other in several months.

She has a traumatic brain injury and is four years younger than KJ.

"It made me feel so happy, 'cause I got to see her and I just wanted to know how she's doing," he said.

KJ is tender with his 6-year-old sister, who is wheelchair-bound and non-verbal. Her name is Ky'lee.

Credit: WFAA
KJ and his sister

KJ misses Ky'lee, but understands getting adopted separately ups their chances of finding a forever home.

KJ needs a family with a great heart who will make sure he's always in contact with his sister.

"I want a mom who I can help cook and a dad who can play sports with me," he added.

When KJ is not playing sports or Legos, he likes to read and daydream about the future.

He wants to build a loving family of his own one day.

"I want to adopt kids that are going through the same stuff that I was. That I am [going through]. To make their life better," he said.

"I love having the world with peace, love and also caring," he said.

And with that million-dollar smile, who could resist?

For more information on KJ, please send all approved home studies to La Queena Warren at laqueena.warren@dfps.state.tx.us if you're already licensed.   Please remember to include KJ's name within the subject line. If you're not licensed, please visit adoptchildren.org to find out more information on how to become licensed to foster and/or adopt or contact LaQueena Warren at 817-304-1272.