KJ has recently moved to Portugal with his mom and dad. "We wanted to show him the world," his mom said. 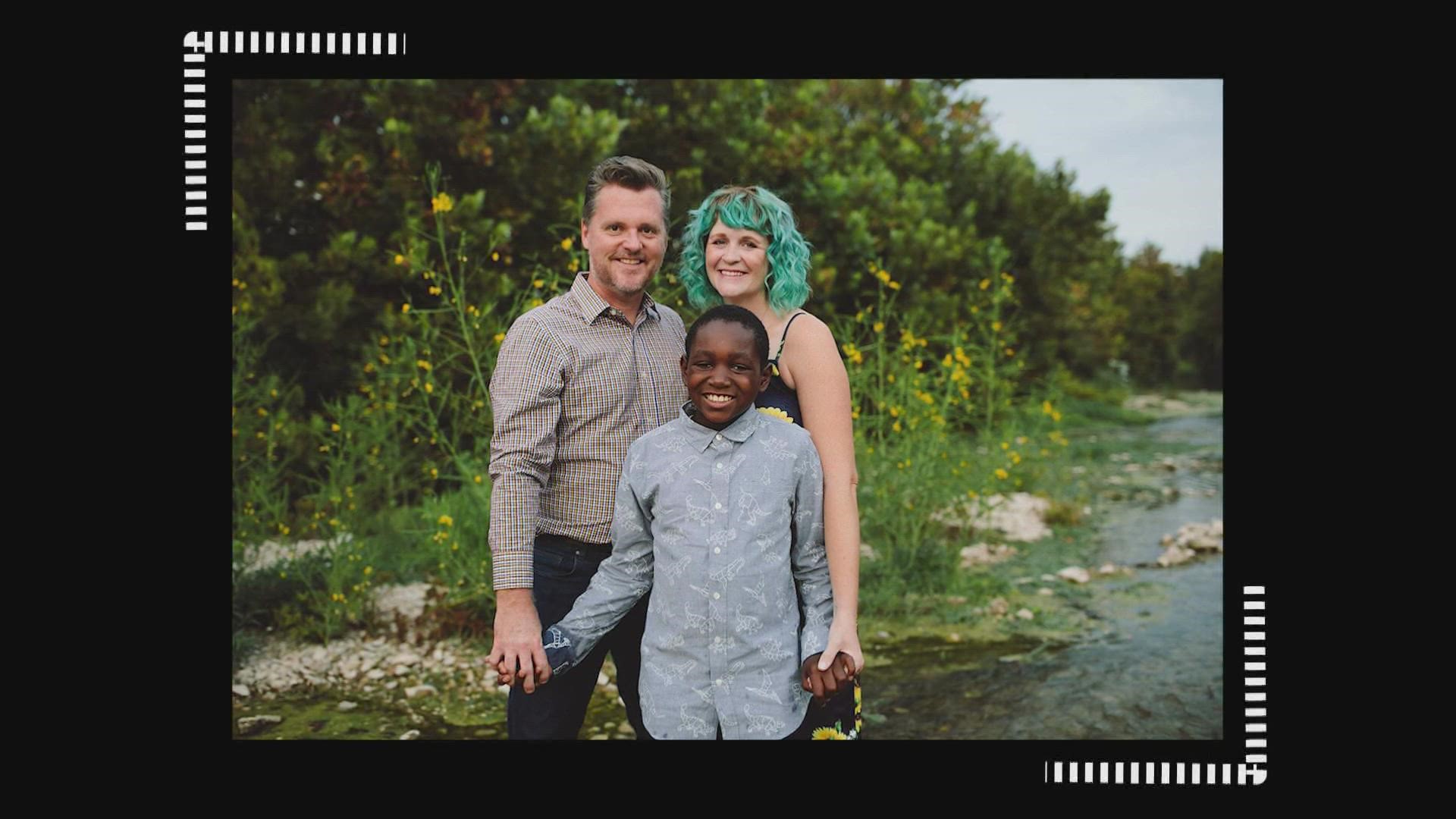 WFAA couldn't be happier to bring you an update about a boy named KJ, who was featured more than a year and a half ago.

After more than seven years in foster care, 12-year-old KJ got adopted.

But that's not all. He and his parents just moved to Portugal and are living in paradise.

WFAA met 10-year-old KJ in 2020. He showed his million-dollar smile throughout the interview.

He was excited about the opportunity to get help finding his forever family. He was also excited about seeing his sister for the first time in months.

"It makes me feel so happy to see her and I just wanted to know how she's doing," he told WFAA at the time.

Fast forward more than a year and a half later, and WFAA is happy to announce KJ got adopted on March 15.

His mom and dad sent new pictures of him, including one from his adoption day. He spent 2,749 days in foster care -- seven and a half long years.

In a Zoom interview from Portugal this week, KJ waved from his computer screen. As usual, he was wearing his bright smile.

His family just moved to Terceira, an island in the Azores and part of Portugal.

"We wanted to show him the world. There's a lot out there to see and experience and in his case, eat," said his mom, while she looked at KJ and smiled.

KJ's new home looks like paradise. He lives on the ocean and goes exploring every day.

When WFAA asked him if he was happy, he did not hesitate.

His parents said he has completely blossomed.

Last year, he was on the honor roll, competed in sports and gained an enormous amount of confidence.

"I swim every single day for about seven hours," KJ said.

His dad said KJ is not exaggerating. The kid has turned into a fish.

When WFAA interviewed KJ in 2020, he said he knew in his heart God would send him the right parents -- talk about having faith.

"My papa is a musician, and my mama is a photographer," KJ said.

When asked about getting adopted, he said it feels like a dream.

"You feel great. You have a parent that actually loves you. This person is giving me a really nice bed and nice food and everything," he said.

KJ also keeps in contact with his sister and brother. All three were adopted separately, and all the families are in communication.

In case you were wondering, KJ is learning a new language and still teaching everyone around him how to smile.

"Adeus," he said at the end of the interview. That means "goodbye" in Portuguese.

For more information on how to adopt a child, send all approved home studies to LaQueena Warren at LaQueena.Warren@dfps.texas.gov. Remember to include the child's name within the subject line.