A big heart and big dreams: Wednesday's Child, 12-year-old Brendan hopes for a forever family who will cheer him on

Brendan is the kind of kid who wants to do better and be better. He's been in foster care for almost three years. In that time, he has grown in many ways. 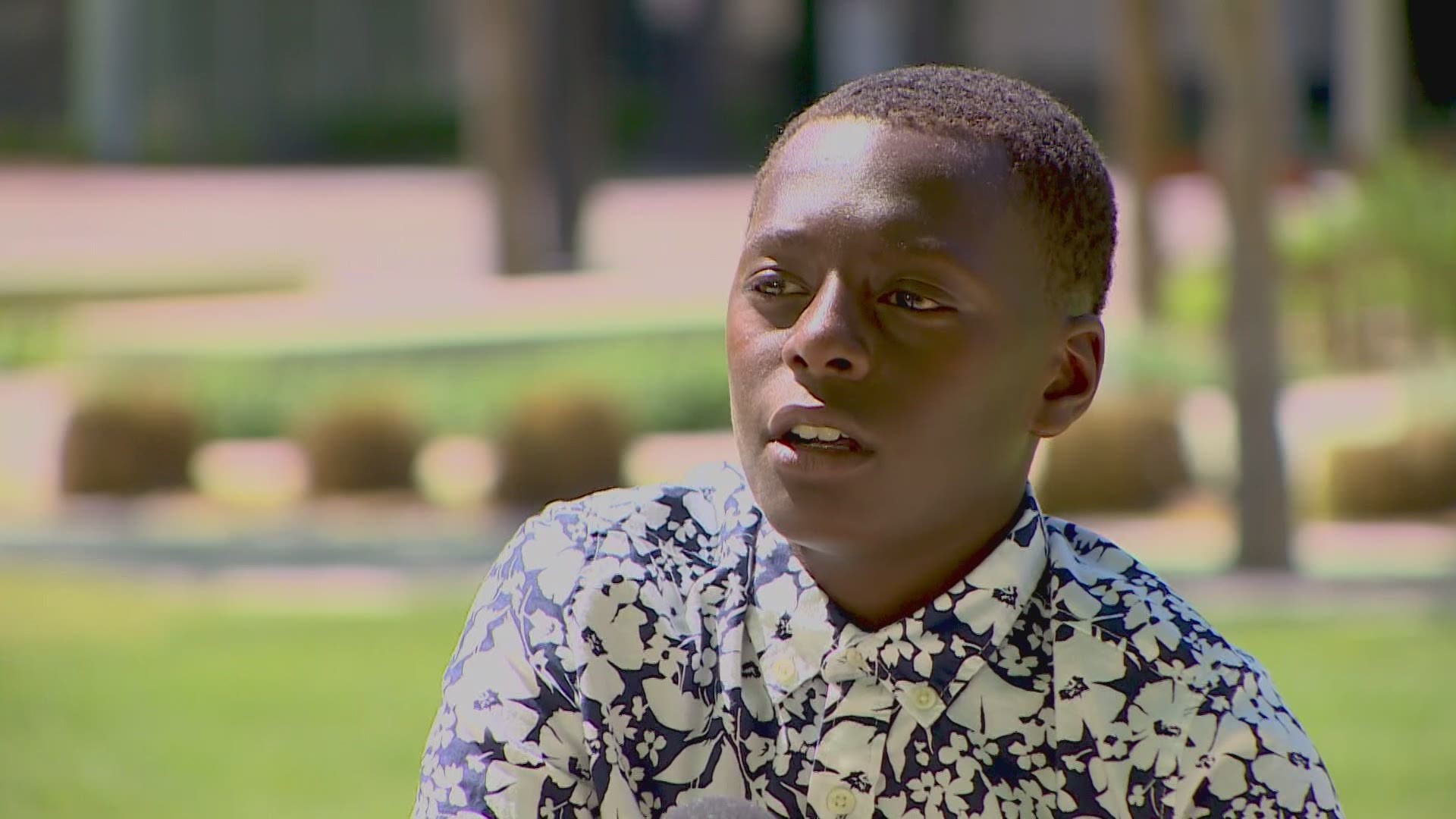 DALLAS — Sometimes in this world, we meet people who leave a lasting mark.

For WFAA's Cynthia Izaguirre, it's a boy named Brendan, who she met last week. She said he inspired her to be a better person.

On a beautiful day at Klyde Warren Park in Dallas, Izaguirre got to hang out with the very special 12-year-old.

"The three things special about me is that I'm hard working, kind and worthy," said Brendan confidently.

He's been in foster care for almost three years. In that time, he has grown in many ways.

"I'm smart, good at basketball. Sometimes I have to stand up for other kids that can't stand up for themselves," he said.

Brendan is the kind of kid who wants to do better and be better.

"I do right by people, even when they don't do the same thing back to me," he said.

Brendan is that child you know is going to do something big in this world.

"I want to be like a person that you can come and talk to, even when you're being bullied or something's happening at home," he said.

"Not being a follower, doing what's right, even when people isn't watching," he said.

Brendan has character. He has also noticed people watch him and comment on his good habits.

One person who inspired Brendan was the late basketball star, Kobe Bryant. Brendan looks up to him more for what he did off the court than on it.

"He started his own company, started to rebuild basketball parks, started helping like a lot of people," said Brendan.

Two other people Brendan looks up to are Mr. Marcus and Mr. Rodney, his guardians at the boy's home where he lives.

"If I'm getting mad, they'll pull me to the side and they'll be like talking to me," he said, adding that they are patient, caring and loving advocates.

Brendan said when you receive this kind of positive reinforcement, it's good for your heart.

Brendan longs for loving parents who will protect him, love him and cheer him on.

"Push me to my limits, be there at all my games," he said.

Brendan asked Izaguirre not to forget him, which she never will.

Hopefully, when they meet again, it's when he's getting adopted.

For more information on Brendan, please send all approved home studies to LaQueena Warren at LaQueena.Warren@dfps.texas.gov. Remember to include Brendan's name within the subject line.

If you're not licensed, please visit adoptchildren.org to find out more information on how to become licensed to foster and/or adopt or contact LaQueena Warren at 817-304-1272.