Santa’s Helpers 2020: The need is big, but your hearts are too

The WFAA Santa’s Helpers toy drive is more than a half-century old. But in 51 years, we’ve never had a year like 2020. 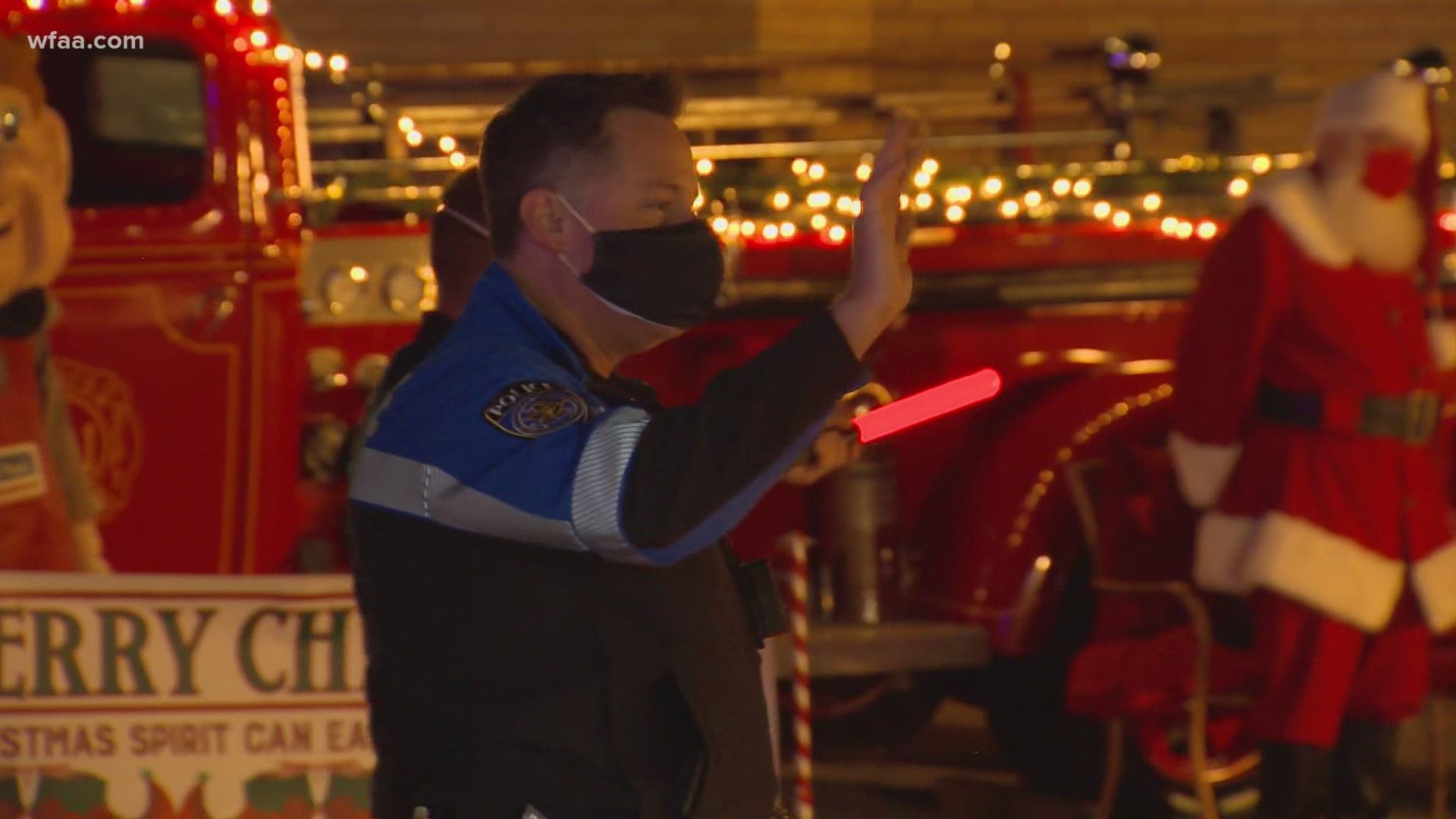 DALLAS — It is comforting to see the tradition of giving still alive in an untraditional year.

But the need to give has never been greater.

“Back in April I was having a really hard time because I could almost feel people suffering,” said Teadran White, CEO of Inspired Vision Compassion Center in Dallas.

The center moved to a new home on Masters Drive in Dallas in January. By the spring, they were serving an unprecedented number of families every day.

Nothing has changed, except for the brightly lit holiday displays White has now put up inside the center.

“It’s hard if you’re struggling. So, we want to make it as fun as whimsical as we can,” she said, while showing off a six-foot teddy bear.

Inspired Vision is one of dozens of agencies across North Texas that receives toys from the annual WFAA Santa’s Helpers toy drive, now in its 51st year.

Like every social service organization around, Inspired Vision is facing unprecedented need.

“Last year we registered 5,000 children for our Christmas giveaway. It took us 15 days to fill our giveaway slots. We did it in 15 hours this year,” White said.

“So, 15 hours to fill what we filled in 15 days. That gives you a little glimpse of how much the need has increased.”

Grace Grapevine is another organization that partners with Santa’s Helpers.

“So many of the families we’re helping were driving through and donating the last several years,” Schaefer said.

“These are families that have mortgages and cars, and they even had a good savings account. But, man, you can’t last as long as this thing has lasted and not be horribly affected.”

Santa’s Helpers is offering multiple ways to help in 2020:  traditional drive-thru donation drives are contactless with volunteers removing toys straight from trunks, purchases can be made from an Amazon.com wish list, or monetary donations can be sent in on wfaa.com.

One current need is gifts for older kids or teens.

While Christmas is still a couple of weeks away, Santa’s Helpers needs donations now.

That ensures moms and dads currently on waiting lists for toys can rest easy that gifts will be on the way.

“To be real honest with you, it’s never been about the toy,” Schaefer said. “But it’s about alleviating the parents' worry.”

“We don’t want to send those families into another spiral because they’re trying to provide a Christmas they can’t afford,” she said.

With a need that’s greater than ever, Schaefer admits she’s worried.

But she also has faith in her community.

“Our numbers are incredibly high,” she said. “But, we’re going to make it.”

“We’re faith-based people and God keeps meeting the need,” she said. “As the need grows, the supply grows. I can’t really explain it except for the fact that when we need it, things come.”