‘I’d be dumb not to pursue her’: Surprising love connection leads to Little Wish for selfless North Texan

Victoria Silva spends all her time caring for others. Her boyfriend nominated her for a "Little Wish," so she could have a chance to care for herself. 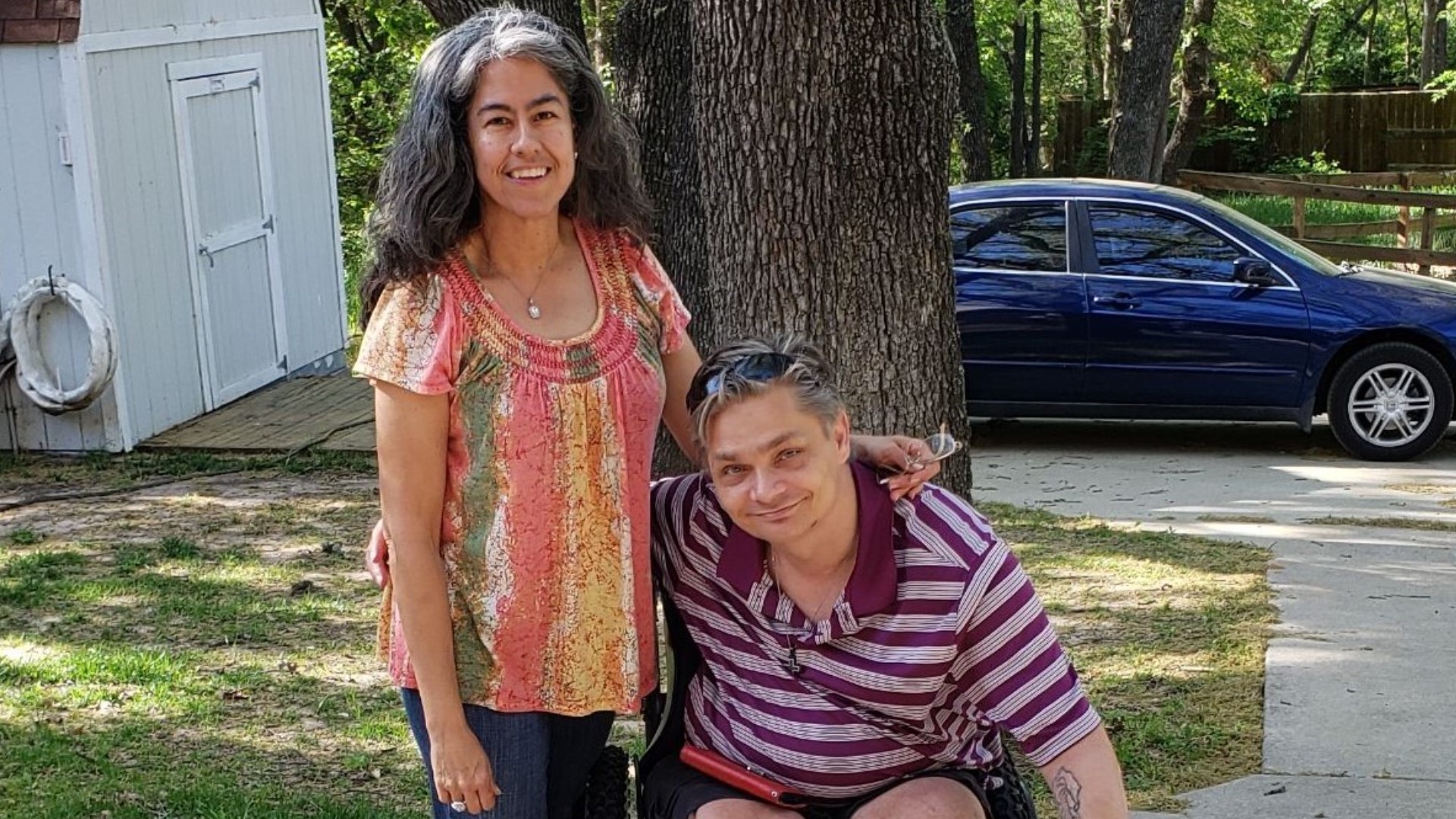 The best thing about Little Wishes is that it’s a surprise.

Of course, life is full of surprises.

It was a sad surprise when Victoria Silva had to put her beloved mother, Juana, in a nursing home.

And a big surprise when Silva began to develop feelings for one of the nursing home residents.

“Like they say – it’s when you least expect it!” said Silva.

Rick Snyder was temporarily in the Grand Prairie home recovering from an illness.

A car accident many years ago left him paralyzed and he needed skilled care.

Love began to blossom as he realized Silva visited her mom every day.

“She was so dedicated to her mother,” Snyder said. “It wasn’t three days until I was like, she’s the one I’ve been waiting on!”

“You don’t find people like this every day and finally I was like – I’d be dumb not to pursue her," he said.

Snyder eventually healed and moved away from the home.

But Silva still visits the nursing facility to run errands for residents and keep them company.

Snyder wanted to do something special for Silva, but financial strains kept him from doing it on his own.

That’s when Little Wishes stepped in.

Snyder nominated Silva, and revealed that her wish had been granted in a video call.

Credit: WFAA
Victoria gave Rick a kiss after he surprised her with a Little Wish.

“Your Little Wish from Sam Pack Auto Group includes a new laptop and printer, one month of unlimited salsa dancing lessons, a $300 gift card for gas, and a $500 gift card to a Brazilian steakhouse,” he said, reading a letter that thanked Silva for her selfless generosity.

Silva said she couldn’t find words to express how much Snyder’s thoughtfulness meant.

“It’s sweet that somebody thinks that much for you!” she said.

Salsa dancing is a passion.

“It’s what I love to do. It’s a stress reliever, and I just feel so free,” she said.

“You deserve it and I couldn’t give it to you, so I had to find somebody that could,” Snyder said. “She’s the best thing that ever happened to me.”

It’s three years into a relationship neither expected to find.

No surprise, they’re still in love.

Here's how you can nominate someone for a Little Wish.