Memorial Day, Carry the Load, and the mission to reach patriots young and old 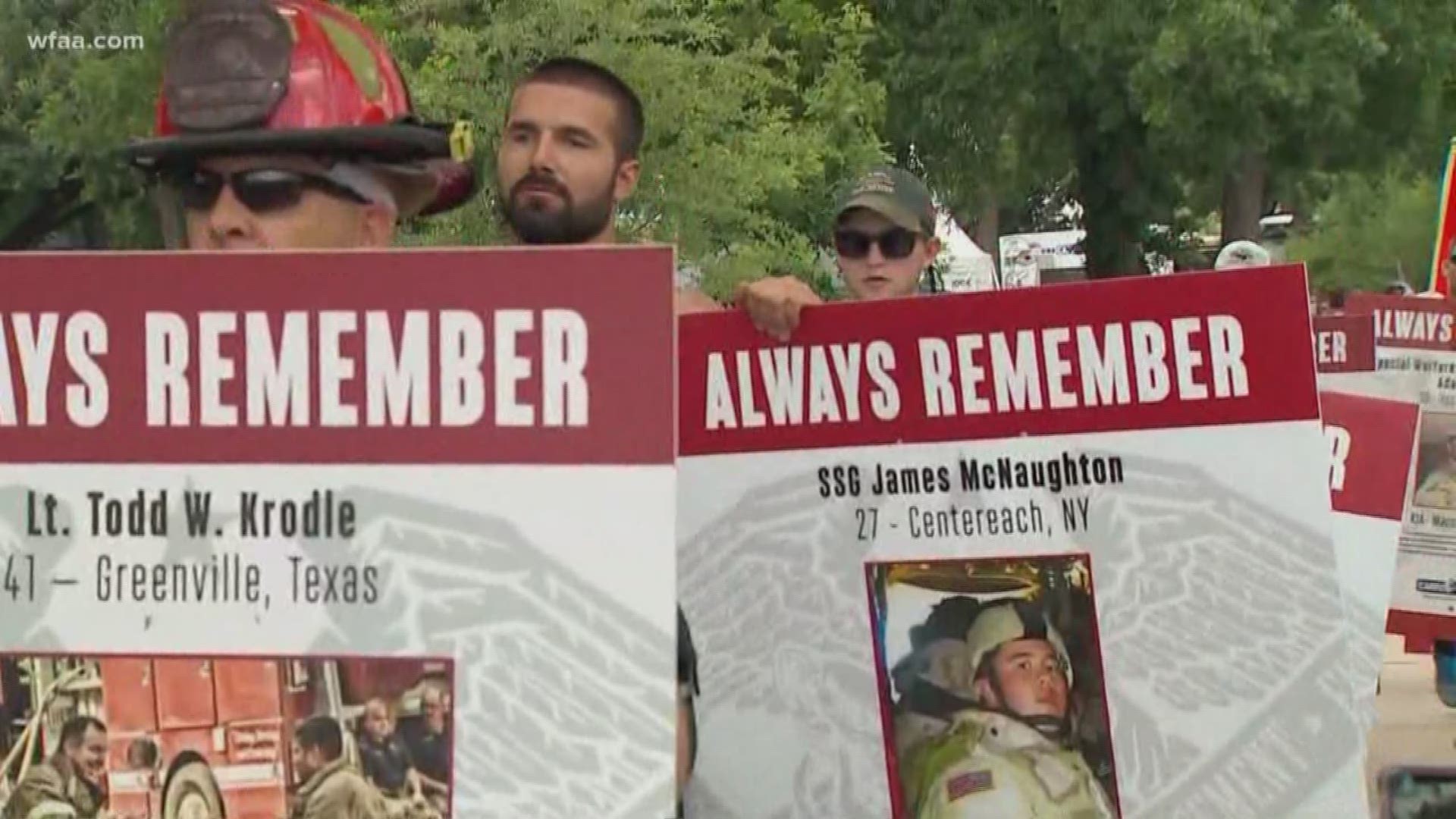 DALLAS — I met Todd Boeding in Reverchon Park where Carry the Load will mark Memorial Day next week with its annual gathering of soldiers, veterans, their families and everyday Americans dedicated to holding the day in its proper reverence.

"It's energizing. It's motivating. It's inspiring. It gives a tremendous amount of hope," Boeding said.

But our conversation briefly took us to Greece, and to the statue of Alexander the Great that he saw there while on vacation.

"And as I get a little bit closer, I get this really distraught feeling," Boeding said fo seeing the statue.

Because he said the statue in Thessaloniki was tagged with graffiti, police officers were tossing cigarette butts at its base and skateboarders were using it for practice.

"This is one of your greatest history profiles, and you're not treating it with the reverence you should," Boeding said.

The correlation is obvious.

The primary mission of Carry the Load, founded by veterans Clint Bruce and Stephen Holley, is to remind people of the reverence Memorial Day in the United States deserves.

And for Todd Boeding, who served nine years in the Marines and now serves as a board member for Carry the Load, that mission begins at home.

He took his daughters with him to mark the start of the Washington, D.C.-to-Dallas relay event the group holds each year. He took them to the National Archives to see the Constitution, the Declaration of Independence and the Bill of Rights. They visited the Vietnam Wall where Boeding's uncle is among the more than 58,000 names engraved. And they witnessed protesters camped out in front of the White House.

Boeding's 10-year-old asked why they were able to protest like that. Boeding's 14-year old daughter answered, "the Bill of Rights."

"You could see the light bulb go off. You could see the gears turning," Boeding said of his daughters. "It impacted them and I could see it. An experience like that, you cannot replace. That's way better than any history book you can ever read."

And through Carry the Load's educational components, including a school-based program called Carry the Flag, the organization is working to spread that knowledge, that patriotism, that message of respect to elementary, middle, and high school students.

And that's a table you're invited to join, alongside generations young and old, at Reverchon Park this Memorial Day.