You may know Shannon Miller as a gold medalist and gymnastics champion. As she celebrates the 20th year of the 'Magnificent 7' Olympic team, her role is shifting toward champion of women’s health.

“I want women to know that they need to make their health a priority,” said Miller. “I didn't go to the doctor with symptoms. I went to the doctor because we were thinking about baby number two. Then I found out I had this mass.”

After brushing off some stomach aches and bloating, Miller later discovered she had ovarian cancer at age 33.

“There are no good screening tests for ovarian cancer,” said Dr. Mara Francis, OB/GYN, who added that many women mistake their symptoms for indigestion or hormonal changes. Recognizing the signs of a pelvic mass is crucial. 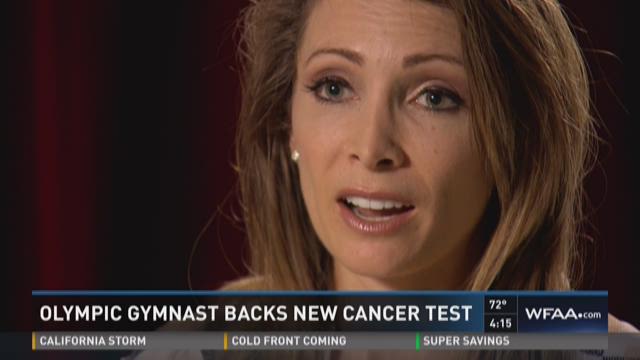 “There can be some heaviness, fullness, bloating, changes in bowel, some pain associated,” said Dr. Francis.

Miller is now partnering with Texas-based Vermillion to accelerate the conversation about pelvic mass, ovarian cancer and a blood test called Ova-1, which is an FDA approved test that can help to detect ovarian cancer at any stage through measuring markers and a risk score.

Ova-1 wasn’t available when Miller got her pelvic mass diagnosis which is why she wants to make sure other women not only know about it now, but take advantage of it.

“No woman out there wants to leave their health and their life up to luck,” said Miller.