A freak accident may have saved a North Texas woman’s life.  The blessing in disguise revealed a startling breast cancer diagnosis. 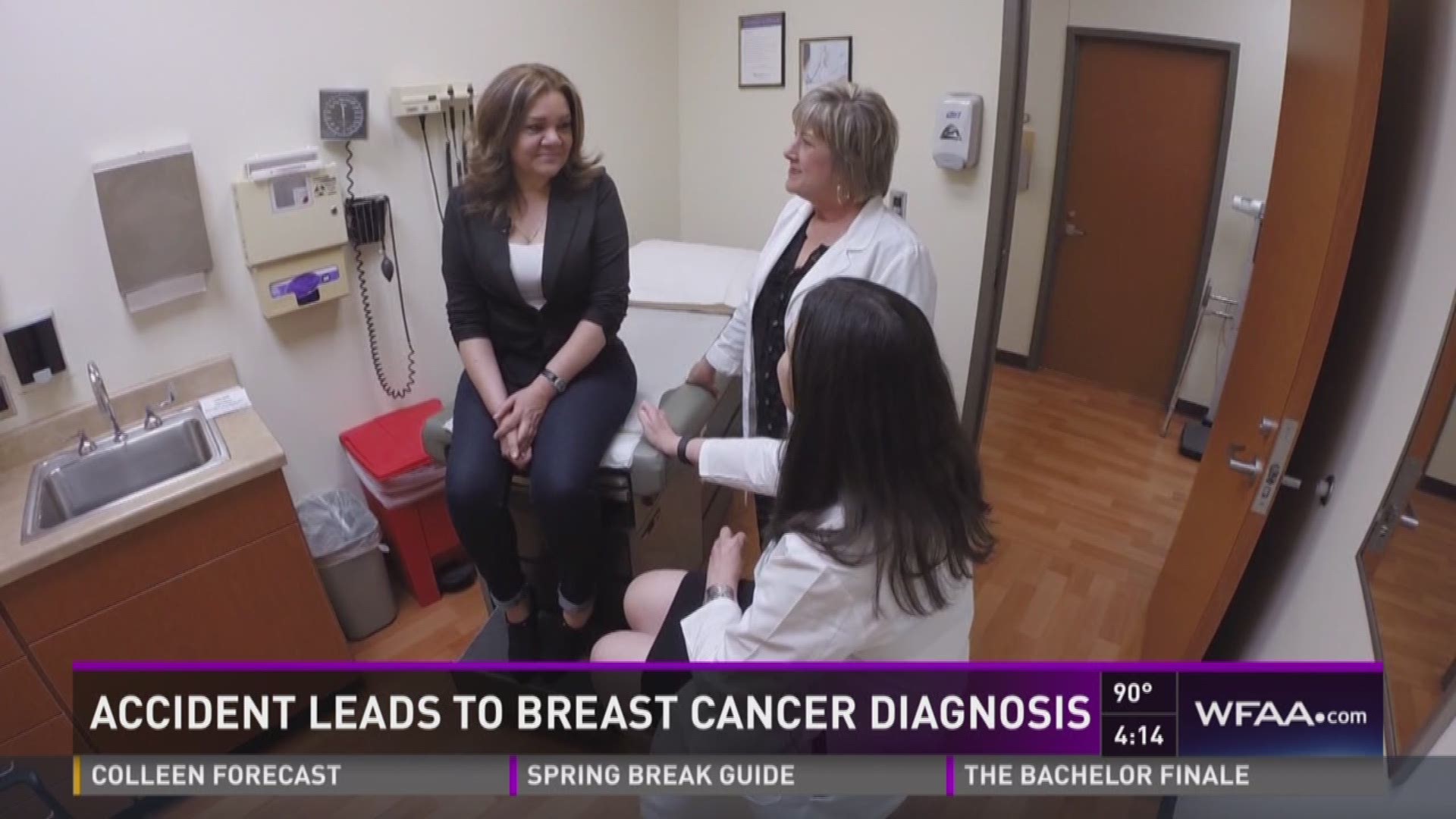 A freak accident may have saved a North Texas woman’s life. The blessing in disguise revealed a startling breast cancer diagnosis.

Lorena Herrera is accustomed to heavy lifting. Aside from being an involved mother and grandmother, she works at a factory.

One day, one of the 70-pound boxes fell on top of her.

“It hit my right breast from the corner from the box,” Herrera explained.

The pain and bruising from the hit prompted Herrera to call her doctor, who urged her to get a mammogram.

“They said I need to go get a biopsy, so that's when they found out I had cancer on my right breast,” Herrera said.

Dr. Maria Juarez, an oncologist with Methodist Charlton Medical Center, stresses the importance of regular mammograms and self-exams, but she says to pay attention to your own body in the time between checkups.

“You can find things nearly by accident,” Dr. Juarez said. “If you see that there's something wrong with your breast, if you see something doesn't feel right, seek help.”

That’s exactly what Herrera did. And she is fortunate. She caught her cancer early.

The breast cancer survivor didn’t let life’s detour derail her. With the help of a nurse navigator, Herrera is back on her path.

“She helped me calm down, she started talking to me, explaining everything because I didn't know nothing about cancer,” Herrera said about her nurse navigator Vicki Hallum. “Since that day, she's been my angel.”

“She smiles and she’s laughing, it’s a wonderful feeling,” Hallum told us.

Herrera underwent radiation and a lumpectomy and has made a full recovery. She’s strangely grateful for that fall – and for what it caught.

“I have more years to go, to live,” said Herrera.