When 5-year-old Sawyer was diagnosed with sickle cell at a young age, his fraternal twin, Saxton, turned out to be a perfect match. 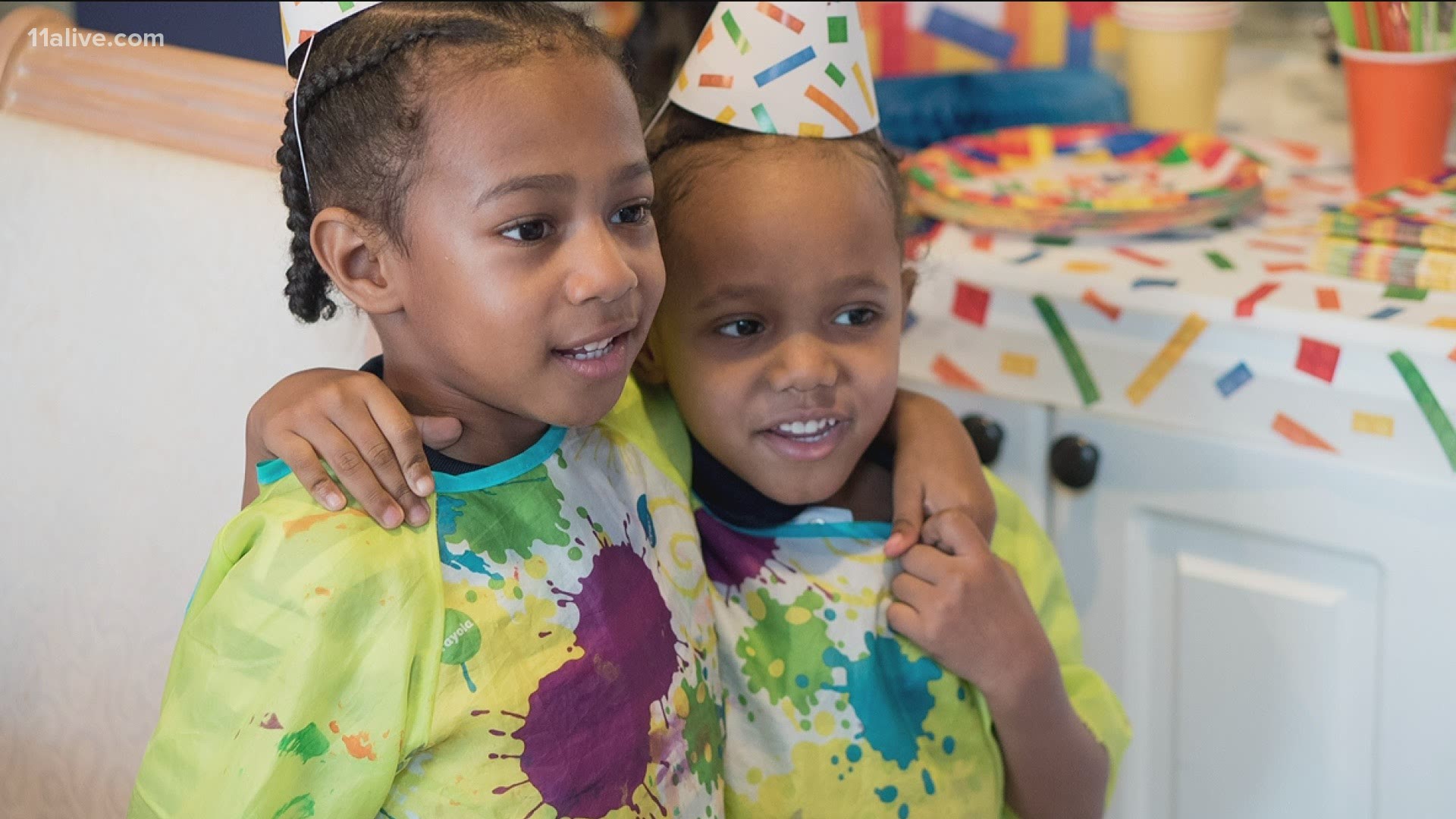 ATLANTA — This is not just a birthday party, it’s a celebration of second chances.

“We are so blessed,” said O’Shea Guillory. “We want to share this.”

It is also a commitment to help others, too.

Mikari Tarpley is 16. She is at the small birthday celebration and sang her heart out for 5-year-old Sawyer and his brother Saxton. She sings from a place of understanding.

She and Sawyer, her neighbor, have both been through a lot this year.

“We found out about Sawyer’s sickle cell disease at a very early age,” Guillory said. “He was about three weeks old.”

Sawyer’s mom said she was absolutely devastated. She refused to accept there was nothing she could do to help her son.

“I did a ton of research," she said. “I found an organization called Be The Match.”

She discovered information about transplants that could be a potential cure. Doctors take stem cells from the bone marrow of a donor and transplant it into the recipient.

They just needed a donor.

“It turns out Sawyer was born with his cure,” Guillory said. “His twin, Saxton, was a perfect sibling match.”

Across the cul-de-sac, Mikari Tarpley, an actress, was fighting Hodgkin’s Lymphoma and finishing chemotherapy.

She knew Sawyer has been battling sickle cell. They’d both lost their hair from treatment. She decided she wanted to use her Sweet 16th birthday to raise money for children like Sawyer.

“We couldn’t do much for my sixteenth because of COVID, so we thought it would be a great idea to do a fundraiser to help others,” Mikari said.

She reached her goal of $16,000 to help children being treated for sickle cell disease at the Aflac Cancer and Blood Disorders Center.

RELATED: Atlanta teen actress wants to raise $16K for her Sweet 16 to go to research after cancer battle

Five-year-old Sawyer received a bone marrow transplant from his fraternal twin, Saxton. It was a success. Before long, Sawyer was riding a tricycle around Children’s Healthcare of Atlanta, racing his nurses and giggling along the way.

“I truly have little warriors,” Guillory said. “My son, who helped save his brother’s life - and my son - who was able to go through all of that and come out even stronger.”

Now Sawyer, Saxton and their parents are spending their 5th birthday following Mikari’s lead – by paying it forward.

Sawyer’s mom O’Shea is starting a nonprofit, Sawyer’s Sickle Circle, to spread awareness and knowledge about sickle cell, Beads of Courage and Be the Match program. They launched a fundraiser on Sawyer and Saxton’s birthday.

The Guillory family said the best present they could wish for is for other kids to have the chance to celebrate many more birthdays to come.