Where are the toy army women? | 11 Listens

Since receiving a 6-year-old Little Rock girl's letter of concern, one toy company has commissioned their first prototype for toy army women. 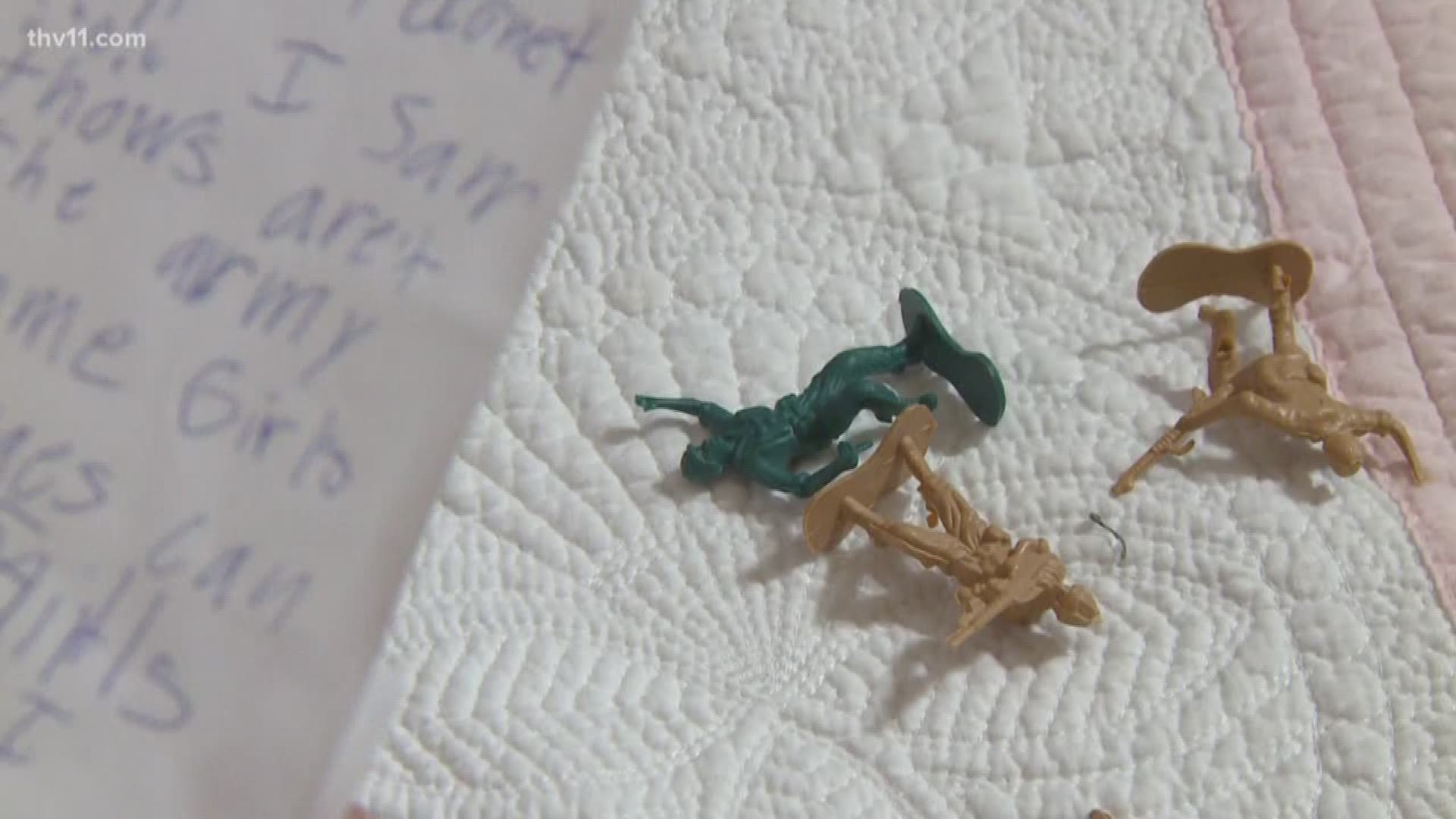 LITTLE ROCK, Ark. — Back in August, we first introduced you to a little girl with a really big idea. While playing with her toy army soldiers, 6-year-old Vivian Lord noticed none of them looked like her, and she had a problem with it.

11 Listened, and we’re now happy to report progress is being made.

It all started with this letter.

“Why do you not make girl army men?" Vivian asked in the beginning of her letter.

With a little help from her mom, 6-year-old Vivian Lord wrote to toy companies, hoping to get their attention and change the way toy army soldiers had been made for decades.

“I saw the pink ones, but those aren’t girls and people in the army don’t wear pink,” Vivian said.

Aside from toy missiles whizzing by during one of her make-believe air raids -- there was nothing getting by this little girl and people took notice. Her letter gained international attention.

THV11’s original story sparked stories told around the world. There were interviews on network news programs and it even caught the attention of Jeff Imel – nearly 1,200 miles away – in Scranton, Pennsylvania.

“Every kid wants to be the hero of their own story and it’s not up to us to tell them who that hero should be,” Imel said.

Since getting Vivian’s letter, Jeff, owner of BMC Toys, has agreed to make the female toy soldiers Vivian -- and apparently a lot of other people -- have been waiting for.

"Every now and then, I’d get the question: ‘Do you have any female soldiers?’ And the answer was always 'no,'” Imel said.

Next, the figures will be sent off to have a mold made. Jeff expects the new figures to be ready by October 2020.

Jeff jokes that this experience has kind of made him feel like Santa Claus. But more importantly, he and Vivian have become a part of history.

An unlikely pair – separated by distance – teaming up one toy soldier at a time – to break the mold.

“Hopefully at some point, maybe these toys in a couple generations, people will look at them and they will be as common as what you think of when you think of a plastic army man,” Imel said.

BMC Toys is about half-way done with the prototypes. The company is primarily an internet retailer, so the female army soldiers won’t be in many stores initially. You will be able to pre-order online.

Again, the target date to have them available is set for October 2020.

RELATED: 'My friend's mom is in the Army too!' | 6-year-old pens letter asking for female toy Army figurines