"My responsibility as mayor is to reflect the soul of my city and that's what I look to do every day. I thank Plano and I thank the citizens," said LaRosiliere. 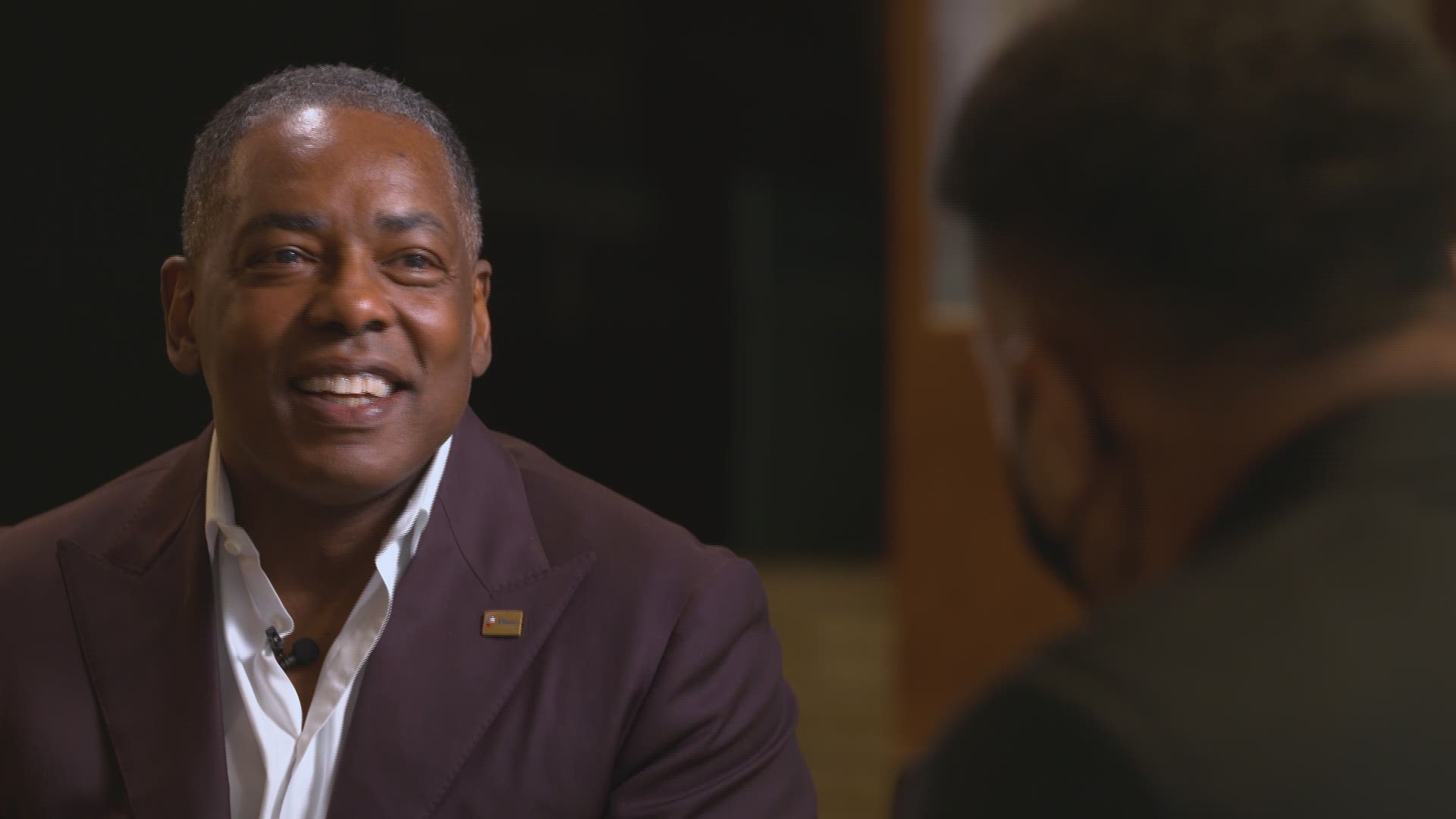 PLANO, Texas — Plano Mayor Harry LaRosiliere has led the city for eight years, reaching the term limit for the position. With a new mayor set to be elected on Saturday, WFAA sat down with the outgoing mayor to get his perspective on his time serving the city.

Here is some of that conversation:

Reporter: I am not accepting any no comment answers. You have been mayor eight years, does it feel like eight years?

Harry: Not a problem. Let's make it happen. It feels like years can be dog years and other times it's just flown by so fast, but looking back it's been quite a ride.

Reporter: What have you learned about yourself as mayor?

Harry: I've learned that I had an opportunity to grow. I've learned that I didn't know as much as I thought I did. But, I've grown to understand the relevance of my position and what I mean to young children of color. And I learned that when I went to the schools I am a sense of inspiration and I'm a model and and that's the position I took seriously.

Reporter: What part of the job did you not like?

Harry: The politics? Umm...you know, it's like being a dad, being a mayor. You have young children. You have to you love being with them and that's what being mayor is. My city is all my children. I want to love them and give them all I can. But then when you when you're a young dad, you have to clean dirty diapers as part of the job.

Reporter: Your proudest moment as mayor?

Harry: Having my daughter vote for me.

Reporter: Your lowest moment as mayor?

Harry: When I went and said something that was not worthy of the office in which I sat, when I just kind of lost my cool.

Harry: It means I represent my city in an excellent manner.

Reporter: How many times did you consider quitting as mayor?

Harry: Never. This has been a privilege to represent this community.

Reporter: How many times did you consider walking out of a meeting?

Harry: Many times, more than I can count.

Reporter: Finish this sentence for me: If Plano fails it's because...

Harry: If Plano fails, it is because we have chosen not to embrace the opportunity of our future. We have so much available to us and if we choose to focus on what's in front of us and that what's ahead of us, then we will fail.

Harry: Plano residents need to stop listening to the noise and start connecting with their neighbors.

Reporter: Who is Ninja?

Harry: Ninja is my assistant, Mary Wright. She's a ninja because Nancy just gets things done, whether you see them or not, in the light of day or in the middle of the night.

Harry: This is Steve Stoler. Steve has a lot to do with polishing with my on-air skills.

Reporter: Who else has a nickname.

Harry: City manager Mark Israelson. I call him number one because he is my No. 1 handler. My former mayor pro-tem is Lissa Smith. The initials L-S for Lissa Smith. I call her little sis. Oh, here's another nickname for my city attorney. I call her padlock Paige [Mims].

I call her padlock because she shuts things down.

Reporter: What don't you want me to ask you, and I promise you I won't.

Reporter: Toyota, would that be your legacy?

Harry: You know, that's one of them, I think I'll be known very much for economic development. Toyota started a cascade of many other companies to join us.

But if I were to ask what I truly would like my legacy to be, it's it's the sense of community that I look to foster through our summer internship program, the nourishing hope for kids feeding food insecure kids in our school district. The partnership we started with Paul Quinn College and have an actual virtual campus of a historically black university in Plano, Texas, pre pandemic. We had we had the vision to do that. So the the fact that I, I work towards inspiring and opening doors for young people, I hope for that to be my legacy.

Reporter: You have been called a RINO. How many times?

Harry: More than I can count.

Harry: Good, I look to move my city forward. And that you want to bring Harlem to Plano, yeah, that's unfortunate because, uh, um, that was a part of my life. Part of me is a part of me and a little bit of Harlem and playing is not so bad.

Reporter: There's a lot of people who don't know this about you: you're a cancer survivor.

Harry: Yes, I had prostate cancer, in fact, it was when I was leaving city council.

Reporter: And how are you doing?

Reporter: You didn't wear a tie. Now you usually out dress me.

Harry: This is the new phase. I'm casual. No ties. I'm not as buttoned up anymore. I'm relaxed. More gray hair. If you look at the pictures from before, a little more gray hair, but a lot more color.

Reporter: Tell me about your family.

Harry: I want to thank my family, my wife, for the time she allowed me away to to dedicate to myself and for my children who have been my inspiration since they were born. They've seen my wife and I live a life of service and that's a gift that being in this position allowed me to give to them.

Reporter: What advice would you give the person who will soon fill your seat?

Harry: The advice I'd say is wake up every day with one goal, which is to make the city a little bit better than it was the day before. We won't succeed every day. But if that's your intent, you operate from intent, integrity and information, everything will be OK.

And I came into this position thinking the role of the mayor was to be the soul of the city. And I've come to realize my responsibility as mayor is to reflect the soul of my city. And that's what I look to do every day. And so I thank Plano and I thank the citizens for giving me the opportunity to live my dream.