Oncor delivers electricity to about 3.7 million customers across North Texas and other parts of Texas. When outages peaked, 1.3 million were without power last week. 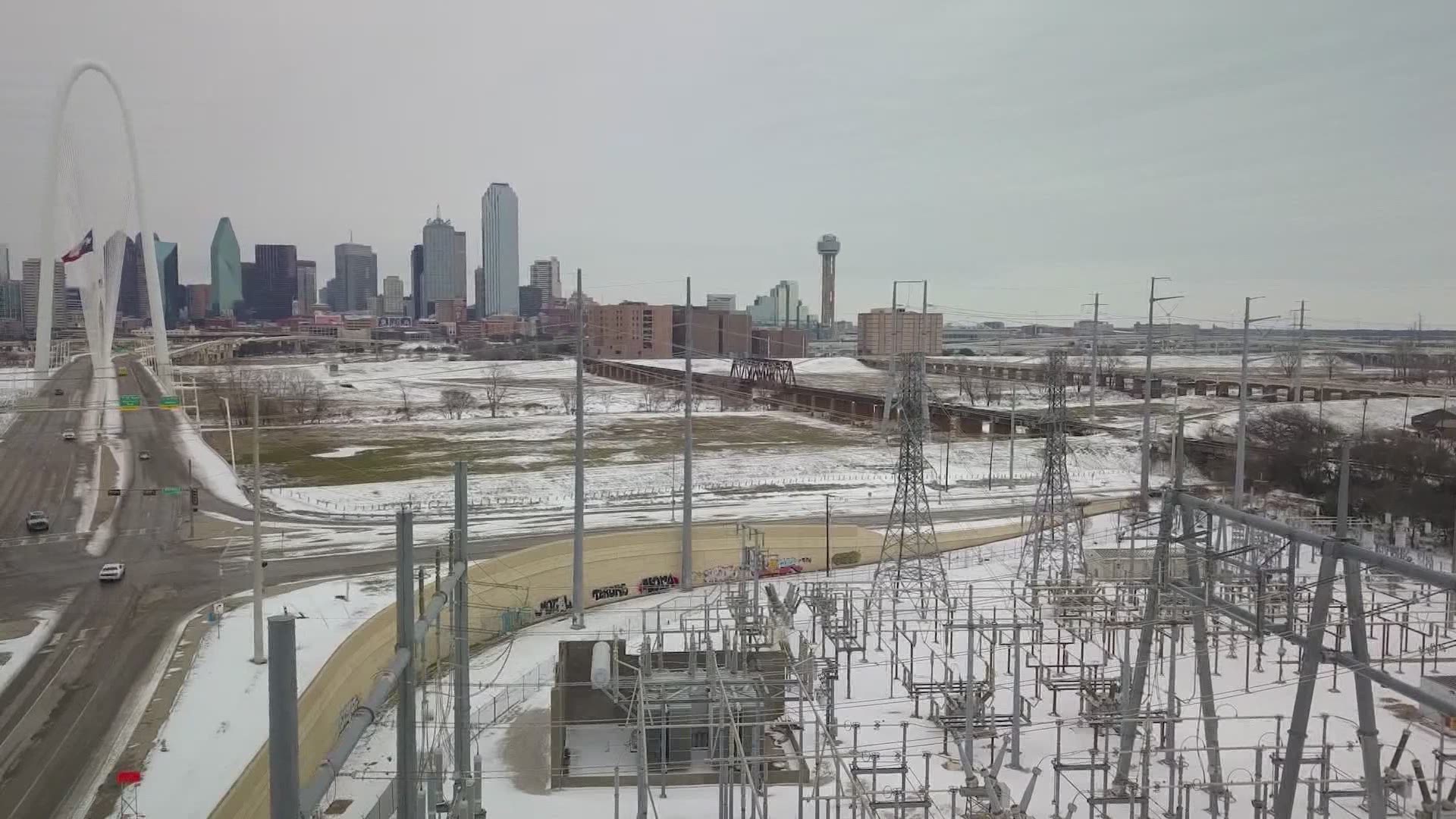 DALLAS — On Thursday, Oncor provided an update for shareholders during its fourth quarter earnings call.

The company reporting a net income of $713 million for 2020, which was up $62 million from the previous year. Oncor attributed the uptick in revenue to increases in base transmission and distribution, customer growth, and other factors.

Oncor delivers electricity to around 3.7 million homes and businesses across most of North Texas, as well as other parts of the states.

Company executives also covered how they're working with lawmakers and investors to improve the grid for future storms.

“We are the picks and shovels to the gold rush. We are the company that’s investing in grids we’re investing in storage and we’re a big part of the solution today,” said Jeff Martin, Chairman and CEO Sempra Energy.

Sempra Energy is a majority owner of Oncor.

"I think if you look at where the market is going, I think we’ve got the wind behind our sails in terms of our investment pieces and we should expect to see strong capital spending across our enterprise,” Martin continued.

Oncor made it clear on the call that they were instructed by ERCOT to cut power to save the grid on Feb. 15 and were allowed to resume normal operations two days later.

"Last week, we faced a new challenge: an unprecedented statewide power emergency following the historic loss of generation capacity, which triggered a load shed event that resulted in more than 1.3 million Oncor customers losing power for an extensive period of time," Nye said.

During the worst of the winter storms, Oncor reported that more than a third of its customers were without power.

Oncor said it began preparing for the winter weather during the week of Feb. 7, by pre-positioning personnel, equipment and resources, and increasing staffing.

The issue of short supply ended late on Feb. 17.

"While Oncor does not own or operate power generation plants or assets, we saw firsthand the significant hardships this grid crisis had for our customers, and we are fully committed to working with elected officials, regulators, and market stakeholders to do our part in helping to ensure nothing like this ever happens again," said Nye.

How the Texas power grid works

Texas is what’s known as “energy independent.” It's a system that’s under scrutiny as millions went with outpower during last week's storm.

The state operates its own power grid and the Electric Reliability Council of Texas (ERCOT), a nonprofit agency with government oversight, keeps the grid running.

Power is moved from the grid to homes and businesses by what’s called a Transmission and Delivery Utility or TDUs. Oncor is the largest TDU in Texas and serves the majority of North Texas.