'Do something!' | Crowd drowns out Ohio Gov. Mike DeWine's speech at vigil honoring those killed in Dayton mass shooting

With 29 killed in two American mass shooting in less than 24 hours, many have renewed their calls for increased gun control laws. 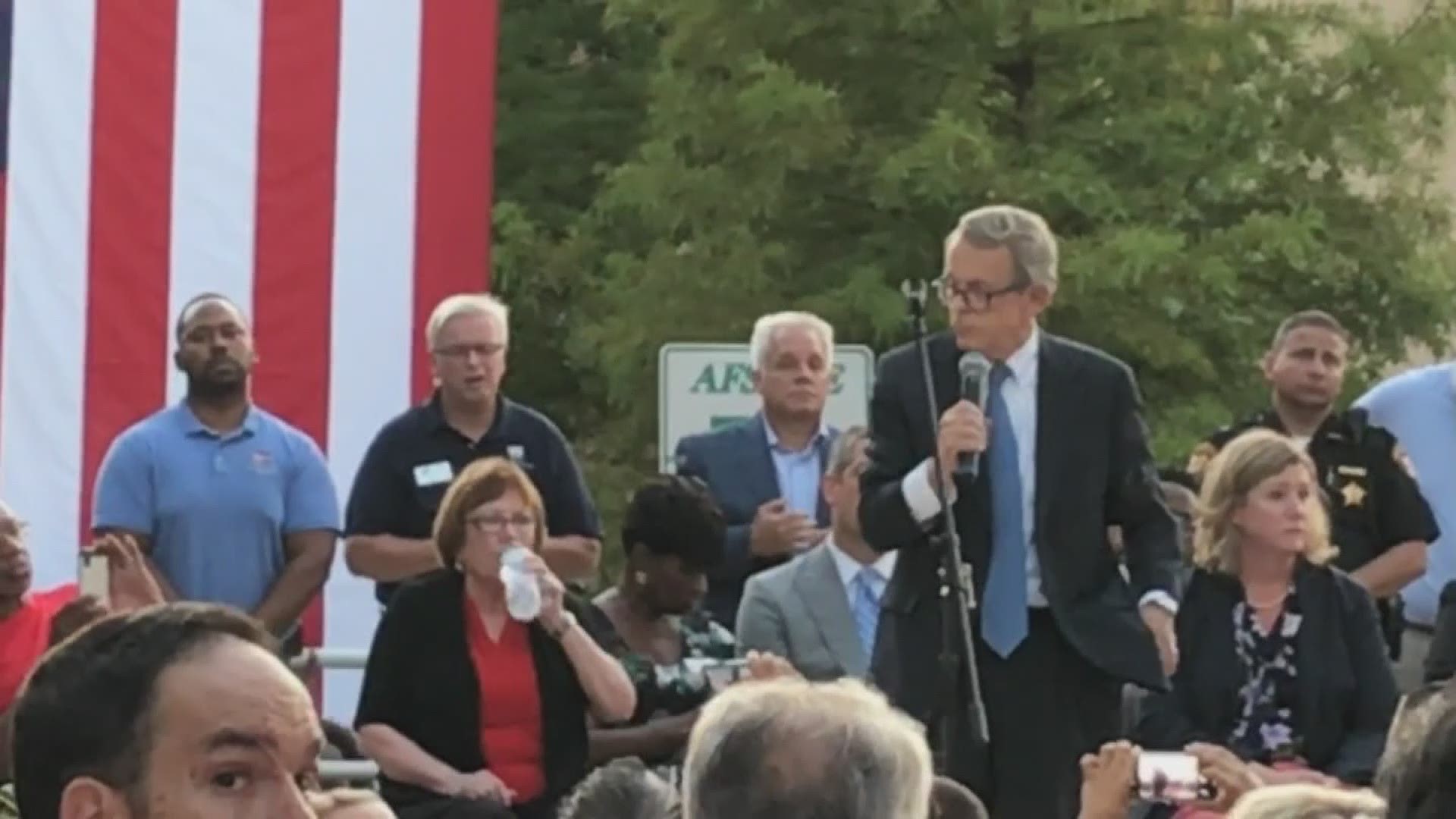 For others, it was also a time to make their voices heard.

During a candlelight vigil honoring the nine people killed and more than 20 others injured in a mass shooting in Dayton's Oregon District early Sunday morning, Ohio Gov. Mike DeWine was among those who addressed the crowd of hundreds in attendance. The governor praised the city for its "love and resiliency."

However, following a round of applause, several protesters began chanting "Do something!" a reference to the perceived inaction of state and federal lawmakers to curb gun violence in the United States. The chant continued to gain steam even as the governor kept on with with his prepared remarks, and grew so loud no one could hear him by the time he was finished.

Much of the national anger at the lack of gun legislation has been directed at the Republican Party, of which DeWine is a member. DeWine's record on guns has been mixed: While he previously supported a federal ban on assault weapons and received an "F" rating from the National Rifle Association while in the U.S. Senate, he later said he "regretted" that decision and received the controversial group's endorsement during his successful run for governor last year. However, he has also expressed his support for expanding background checks, along with "Red Flag" laws that would allow courts to take firearms away from citizens deemed threatening.

After DeWine left the stage Sunday night and with the crowd still chanting, Dayton Mayor Nan Whaley—a Democrat who supports gun control—asked them to be respectful. She had previously praised DeWine and his wife Fran for coming down to the city and offering their help in the aftermath of the tragedy, despite their differences on firearms.

"This is a vigil for the people that we've lost," Whaley said to a standing ovation. "There will be time to take action, but let us come together as a community as we work to heal. We are here to heal tonight."

With 29 killed in two American mass shooting in less than 24 hours, many have renewed their calls for increased gun control laws. Several Democrats have called on Congress to vote on new legislation, with many pointing the finger directly at President Donald Trump, Senate Majority Leader Mitch McConnell, and the NRA.

The president admitted Sunday that "perhaps more has to be done" to help prevent mass shootings and said he would speak more on the matter at 10 a.m. Monday. The NRA, in a statement expressing "deepest sympathies" with the victims in Dayton and El Paso, Texas, vowed it would "not participate in politicizing these tragedies" but would work "in good faith to pursue real solutions."

RELATED: These are the 9 victims of the Dayton shooting

RELATED: Dayton gunman drove to shooting with sister, who became one of his 9 victims