As Abigail stays relentless and fights the cancer “bad guys,” her family still holds out hope for any new treatments. 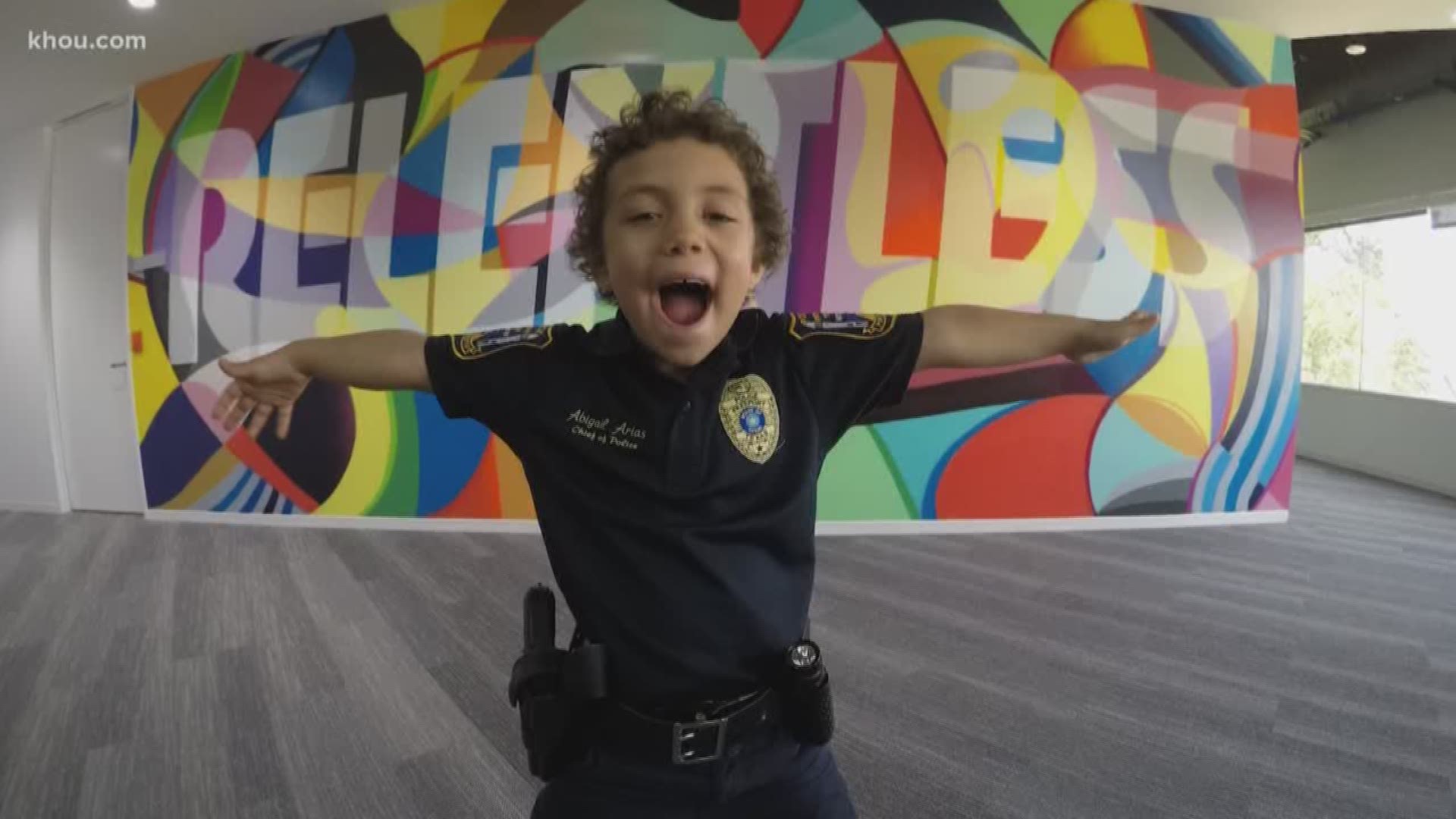 FREEPORT, Texas — The father of honorary Freeport Police Officer Abigail Arias is asking for prayers for his daughter after learning tumors in her lungs have continued to grow.

The 7-year-old was diagnosed with cancer in both of her lungs at 4 years old. In December 2018, Abigail met Freeport Police Chief Ray Garivey who made her an honorary police officer.

Since then, “Officer 758” has been living life to the fullest, traveling the country and inspiring people around the world. She most recently accepted an invitation from the Secret Service last month to visit the White House.

As Abigail stays relentless and fights the cancer “bad guys,” her family still holds out hope for any new treatments.