The officer was wearing headphones when he was hit by the train while walking along Olive Street, Dallas police sources say. 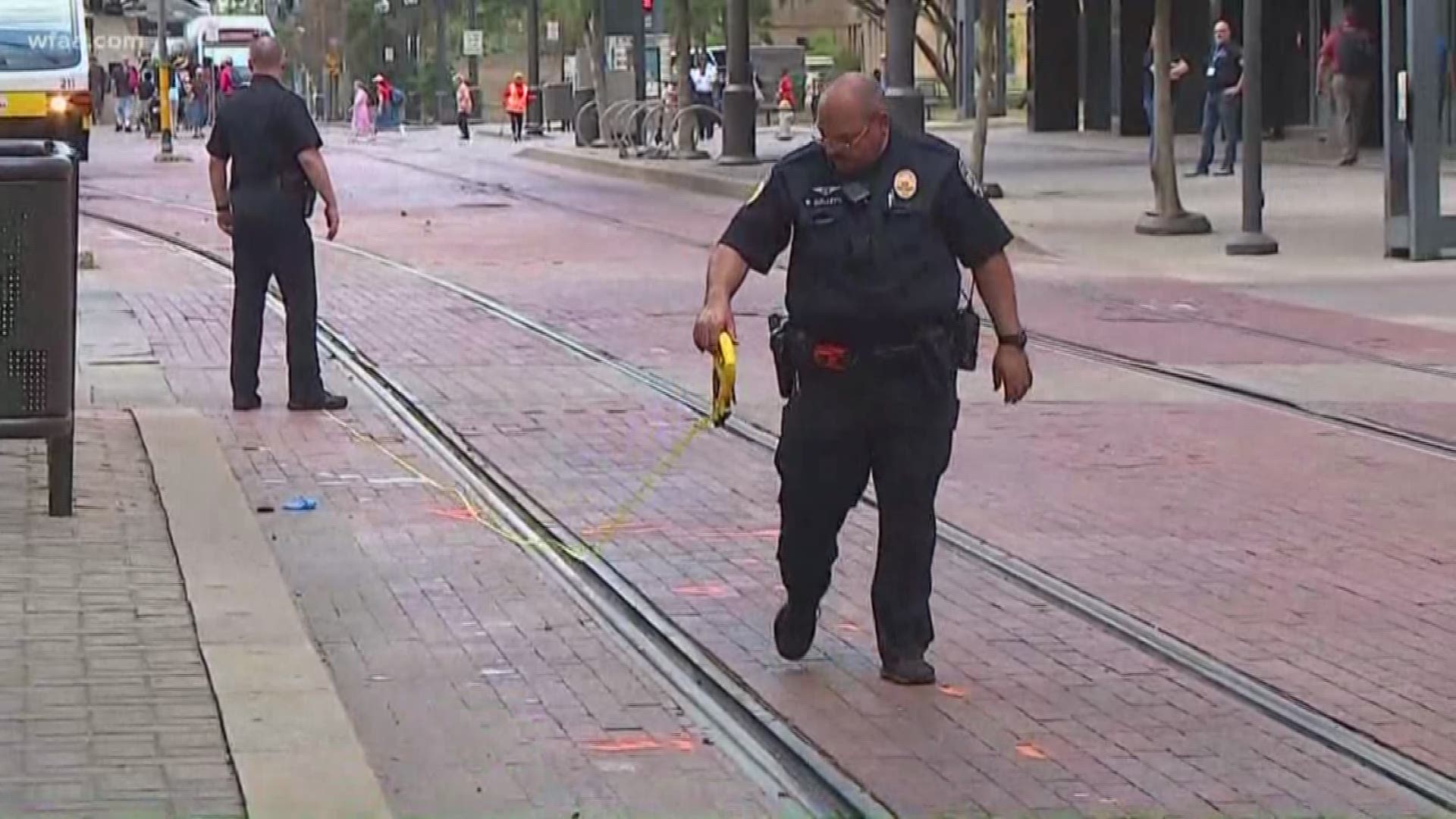 An off-duty Dallas police officer was struck by a DART train Tuesday afternoon in downtown.

The officer was wearing headphones when he was hit by the train while walking along Olive Street at Bryan Street, Dallas police sources say.

Police were called to the accident at about 12:40 p.m. on a report that a Green Line train hit a pedestrian as it was pulling into the Pearl/Arts District Station.

Dallas Area Rapid Transit officials said they've warned people to pay attention when they are near the trains. They say the man was jaywalking.

“The trains can't turn left or right and they can't stop quickly," said DART spokesman Mark Ball. "So you have to remember that and you have to be responsible for your own safety."

Witnesses say they were in shock watching the officer walk in front of the train.

"I saw him take a step and the train blow his whistle. He had headsets on. He either didn't see the train or didn't look up fast enough to see and step back,” said Roger Kobaska.

Several people rushed to help the officer until paramedics arrived.

"He crawled out. We helped him out. He couldn't walk very well as you can imagine,” Kobaska said.

They say he had deep gashes on his forehead and legs.

“A young lady tried to get a bandage on his head and had a very large gash on his forehead and a lot of road rash on his left side where he was dragged,” Kobaska said.

"He didn't want to sit down and they were trying to get him to sit down," she said.

The officer was taken to Baylor University Medical Center in serious but stable condition.

He was attending the Crimes Against Children Conference, which runs through Thursday at the Sheraton Hotel off Olive Street.

Officials haven't identified the officer but said he's a 14-year veteran with the Dallas Police Department. He is assigned to the Police Athletic League and South Central Patrol Division.

DART police are investigating the incident.

While train lines in the area were shut down temporarily, they reopened later Tuesday afternoon. However, DART officials say bus schedules were canceled in the area. You can check for DART service updates here.

Credit: WFAA
Police at scene where an off-duty Dallas officer was struck by a DART train on Aug. 13, 2019.