“But we have each other right? That’s all that matters." 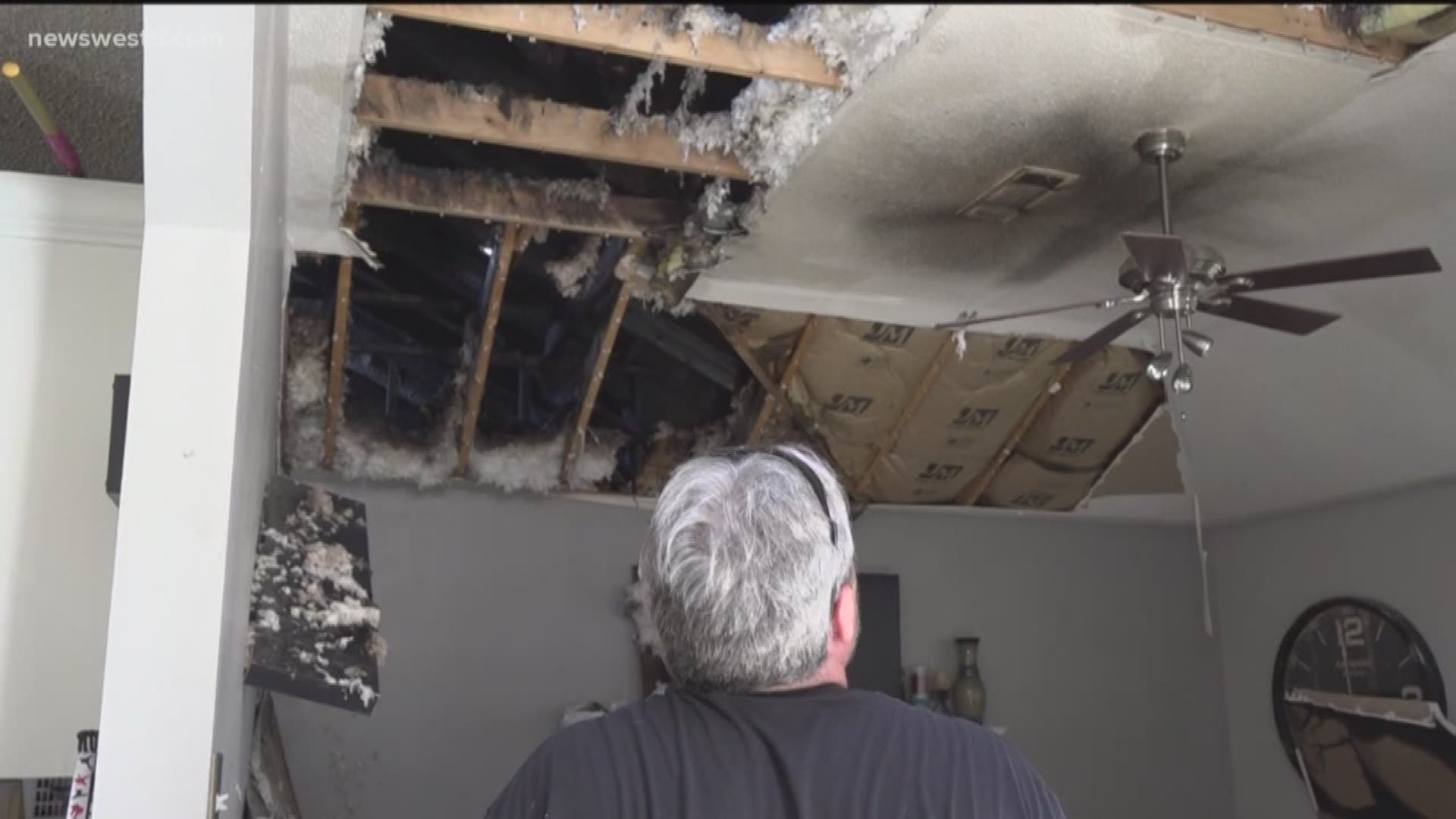 ODESSA, Texas — One Odessa family is leaning on faith and each other after a fire destroyed their home over the weekend.

The fire happened in the garage when the family's youngest son found a lighter that caught some paper towels on fire.

“I got up to go brush my teeth and stuff and my daughter, Indie, got up and ran in and said the garage is on fire and I got up real fast," Neal Mallow, homeowner, said.

Inside the Mallow family’s home.

Within minutes, the garage and attic were engulfed with flames. Most of the damage to the home is from smoke and water.

Ashley was at work when the fire started. When her husband, Neal, called and told her the house was on fire, all that mattered was one thing: getting her four young children, husband and two dogs out safely.

“He was able to get everyone out, just to come home and think of one kid in the hospital...I mean I don’t even want to think about that," Ashley said. "We’re all here, we’re all alive and we’re all together.”

That message something even the Mallow's oldest daughter has picked up on.

“But we have each other right? That’s all that matters," Indie Mallow, 9-years-old, said.

As the family was going through debris, they found a message of hope that survived the flames.

A sign that reads, "not to spoil the ending, but everything is going to be okay."

“Everything is going to be okay...it doesn’t feel like that right now, but it will be,” Ashley said.

The Mallow family does have insurance that will cover some of the damage, they are currently living in a hotel, hoping to rent a home soon.

Their house will not be fixed for at least 18 months.

If you would like to help the Mallow family you can email: nwmallow@gmail.com.