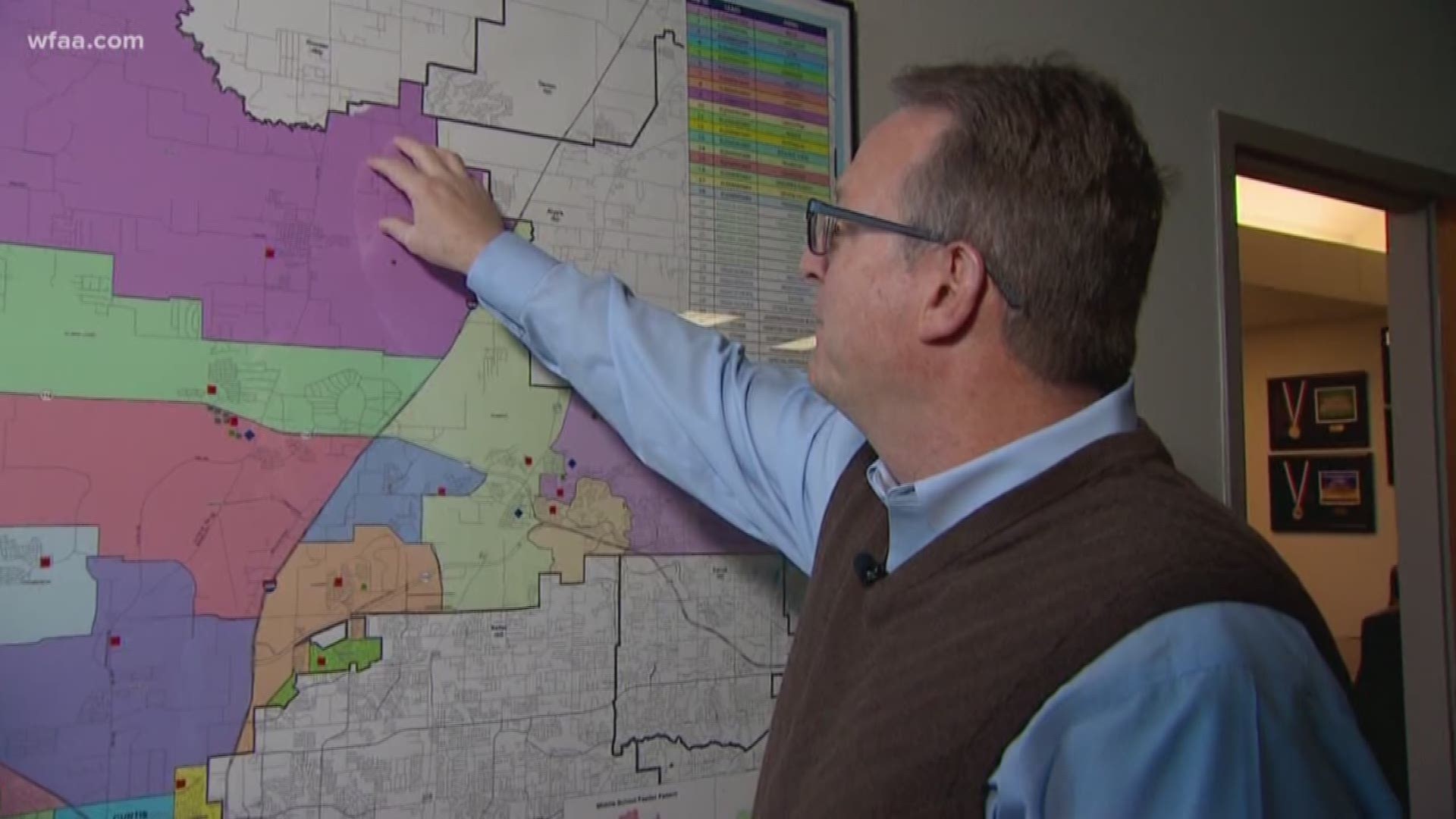 FORT WORTH, Texas — Northwest ISD is asking voters to approve a nearly $1 billion bond issue to help build schools it says are needed for its rapid growth.

The district has a 235-square mile footprint and Superintendent Dr. Ryder Warren says his job is all about planning.

“The vast majority of bonds that we’ve passed over the past 25 years have just been about growth,” he said.

The $986.6 million bond issue will be on the May ballot and would build seven new schools. Four would be added schools; three would replace current ones. There would also be additions to both Nance Elementary and Northwest High Schools.

“That takes a lot of money to do so and this is the mechanism the state legislature gives us to do that,” Warren said.

In the shadow of the district’s main campus, developers have turned acres of dirt into thousands of new homes. Monica Borg lives in one of those new homes, just across the street from where her first-grader attends school.

She was surprised but supportive of the bond.

“It’s shocking at first,” she said. “But the reasoning behind it makes sense and it’s encouraging to know that they’re thinking ahead.”

Just four years ago the district asked for $400 million. District officials expect new homes to pour in another 5,500 students in the next five years.

“You kind of worry if they can keep up with and keep quality teachers,” Borg said.

“That’s always the challenge is to make sure we can take care not only of the kids we have now but the kids coming the future,” Warren said.

Borg said she’d at least have to think about the bond more thoroughly is the district hadn’t promised to raise the tax rate.

“I do appreciate how transparent they’re being,” she said.

If it fails, Warren said district officials will l go back to the drawing board.

“Our growth isn’t going to stop so we’ll just look to see what we can do better,” he said.