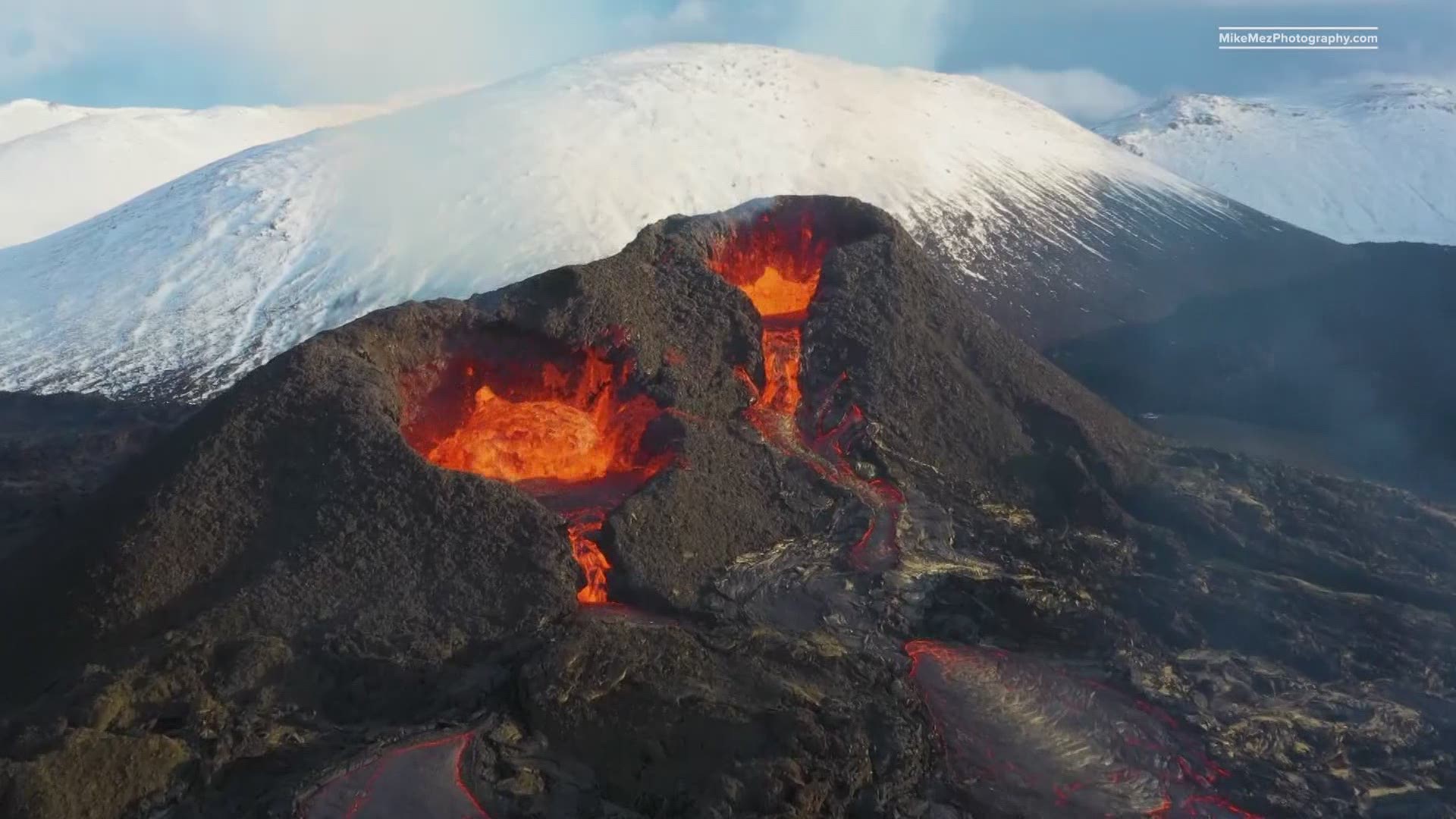 DALLAS — Self-taught photographer, Mike Mezeul, II, picked up his first camera at the age of 15.

"I’m always looking for an image to capture or a story to tell,” Mezeul II said on the heels on his latest photographic adventure.

These days, Mezeul II lives in North Texas and works as a professional photographer and photojournalist. He recently returned home from an 8-day trip to Iceland, where he spent time capturing captivating images of the erupting Fagradalsfajall volcano near Reykjavik.

“With the Iceland volcano, it’s the first time it’s erupted in nearly 6,000 years,” Mezeul II said. "This was like the greatest show on Earth…for free”

He said he spoke with local scientists and search and rescue teams, each day, to determine the safest course to capture his images. He documented the historic volcanic eruption with a variety of cameras, by air and on ground.

"I was able to literally walk right up to the lava,” said Mezeul II.

RELATED: Iceland volcano tourist tried to cook bacon and eggs on the lava

Getting to the site wasn’t easy. He joined others from across the globe. Many of the curious visitors had to hike several miles, and also through heavy terrain, in order to capture the moments.

"It was just a beautiful display. I wanted to share that beauty with people,” said Mezeul II.

Mezeul II said he was able to make the Iceland trip because the country has its borders open to vaccinated United States citizens. This is the third active erupting volcano the photographer has been able to shoot so far this year.

As a photographer, sharing adventure through images of everything from landscapes to natural disasters, is his passion.

In the coming months, Mezeul II said he will be sticking around North Texas chasing severe weather for photo opportunities.

He has advice for anyone interested in the magic of photography.

”The best gear and the best camera is the one that you have in your hands,” he said.