There are more than 40 firefighter strike teams just from the state of Texas currently fighting fires along the West Coast. 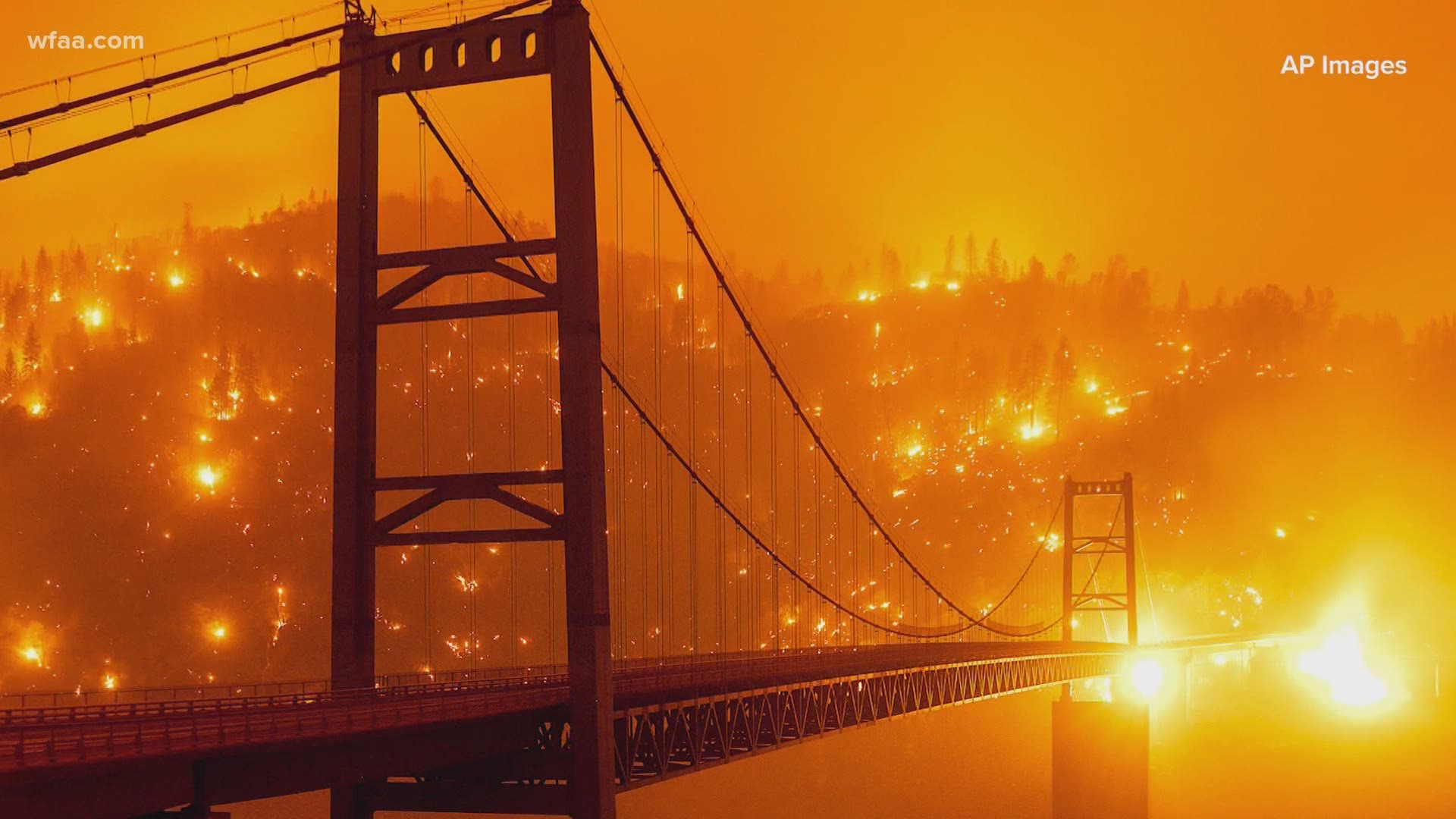 FLOWER MOUND, Texas — The fires along the West Coast continue to rage in Califonia, Oregon and Washington. The images of the devastation are staggering.

In sharp contrast are images of hope coming from Texan fire stations as they send crews to help. A strike team from North Texas comprised of firefighters from Flower Mound, Fort Worth and Arlington left for California on Friday morning. They reached the northern California staging area late Sunday.

A strike team consists of five vehicles with about three firefighters per vehicle. The Flower Mound Fire Department also sent a brush truck to help fight the fires.

"We're positive. If we were anxious or had any fear then we wouldn't have agreed to come on this deal," said Brody Eakin, a 12-year veteran of Flower Mound Fire.

"These wildland fires - it's more of a marathon instead of a sprint. We have to adjust our operational pace," Eakin said.

All of the firefighters who have left are leaving behind family and friends to enter a high-risk environment. Eakin said he had to leave his wife and two young boys to help with the California fires.

But, he says he knows they have a job to do.

Those fires have killed 33 people and destroyed countless homes and land - more than three million acres, the largest in California history.

"These wildfires are driven by topography and by weather and sometimes they create their own weather. The firestorms they've seen is unexplainable, unimaginable," said Flower Mound firefighter Brandon Barth.

Frisco Fire Department Chief Mark Piland shared a tweet on Sunday showing a group of firefighters ready to board a plane to San Francisco.

"More help coming from Texas. Firefighters fly to San Francisco and then transport to staging area for check-in and then to the fire line," read the tweet.

There are more than 40 firefighter strike teams just from the state of Texas. The North Texas strike team will return in 14 days after a grueling battle with one of the country's worst fires.

"We signed up to serve our local community. Having these opportunities to help the greater good, whether it's across Texas or across the United States, we thrive on that," Barth said.