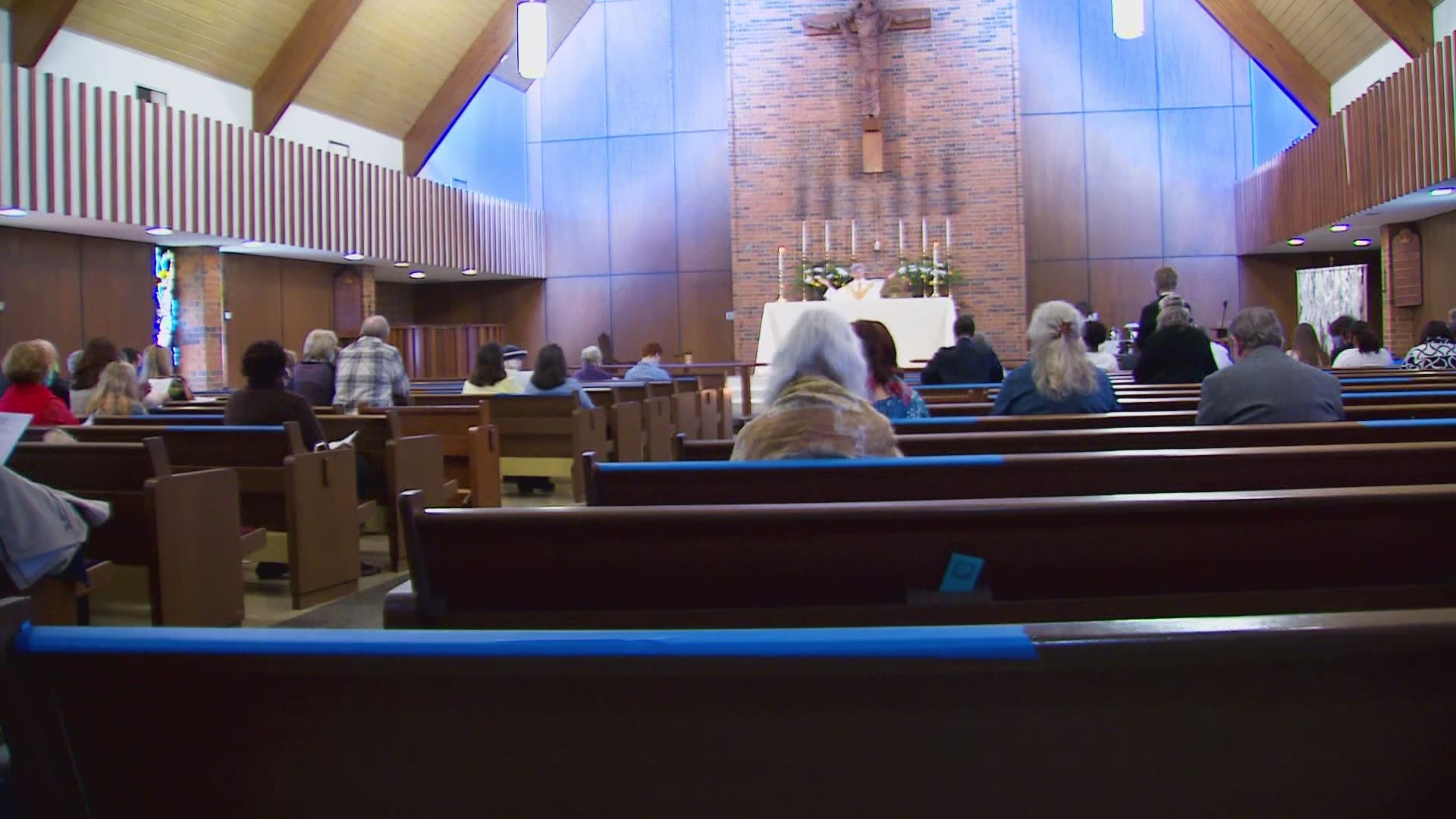 FORT WORTH, Texas — A half dozen Episcopalian congregations across North Texas held their final services Sunday before they’re being forced to move Monday.

The Episcopal Diocese of Fort Worth has been locked in a long legal battle since 2008 over $100 million of property.

Forty-eight congregations in the Episcopal Diocese of Fort Worth broke away from the national church because of disagreements over doctrine — mostly women becoming clergy and LGBT marriages in the church.

The Texas Supreme Court sided with the breakaway group.

St. Luke’s in the Meadow was one of the churches holding its last service Sunday.

“You are the church. You are St. Luke’s,” Rev. Karen Calafat said during her sermon Sunday. “I don’t want the feeling of anger or hurt or the feeling of injustice to burden us.”

The church has done strictly online worship since March of 2020, but a couple dozen faithful came for its sendoff Sunday.

“This was a little bit like a funeral. Just a little bit sad,” Patti Callahan, who’s been a member for 15 years, said. “God answers prayers and it’s not always 'yes.'"

Hymnals and prayer books were already packed away. The altar had been changed and the sign out front had been taken off.

“It hurts my heart to see them suffering for a place that they love and hold dear,” Calafat said.

The church served not just on Sundays but as a food pantry. The hope is when they find a new home it can serve as a community center. Calafat is hoping an old movie theater might provide a home with room for career services in addition to the pantry and worship service.

“We know who our neighbors are,” Callahan said. “We love them, and we are going to continue.”

In the meantime, they’re finalizing a temporary home at Texas Wesleyan University.

“I feel like I’m in a very determined place today and I want to empower the people to be determined and carry on,” Calafat said.

St. Luke’s longest member had worshipped there 74 years. Across North Texas Sunday, many Episcopalians prayed for the final time in the sanctuaries that hold memories of baptisms, weddings and funerals.

RELATED: 'They just melt my heart': This 81-year-old Dallas woman just wanted to pet a dog. Hundreds of people stepped up to help

“Boldly let your light shine and do not let anyone put it out,” Calafat told the congregation Sunday.

Everything that could be moved out of the church building was loaded up. By 4 p.m., Calafat finished the final walkthrough.

“The light of Christ will continue shining,” she said. “My prayer is that we can take that light and let it shine right here on the east side of Fort Worth because this is where the needs are.”

A large sculpture of the crucifixion was too attached to the sanctuary to make the move. It still serves, though, even with empty pews, as a symbol that even in loss, there’s still hope.

“The people, the congregation is the church, not the building,” Callahan said. “It’s just an opportunity to do church a little differently.”

RELATED: This woman dresses to the nines for virtual church | Get Uplifted