In September of 2018, doctors said Nikki Lewis would likely never walk again after a boogie boarding accident four days after her dream wedding in Hawaii. 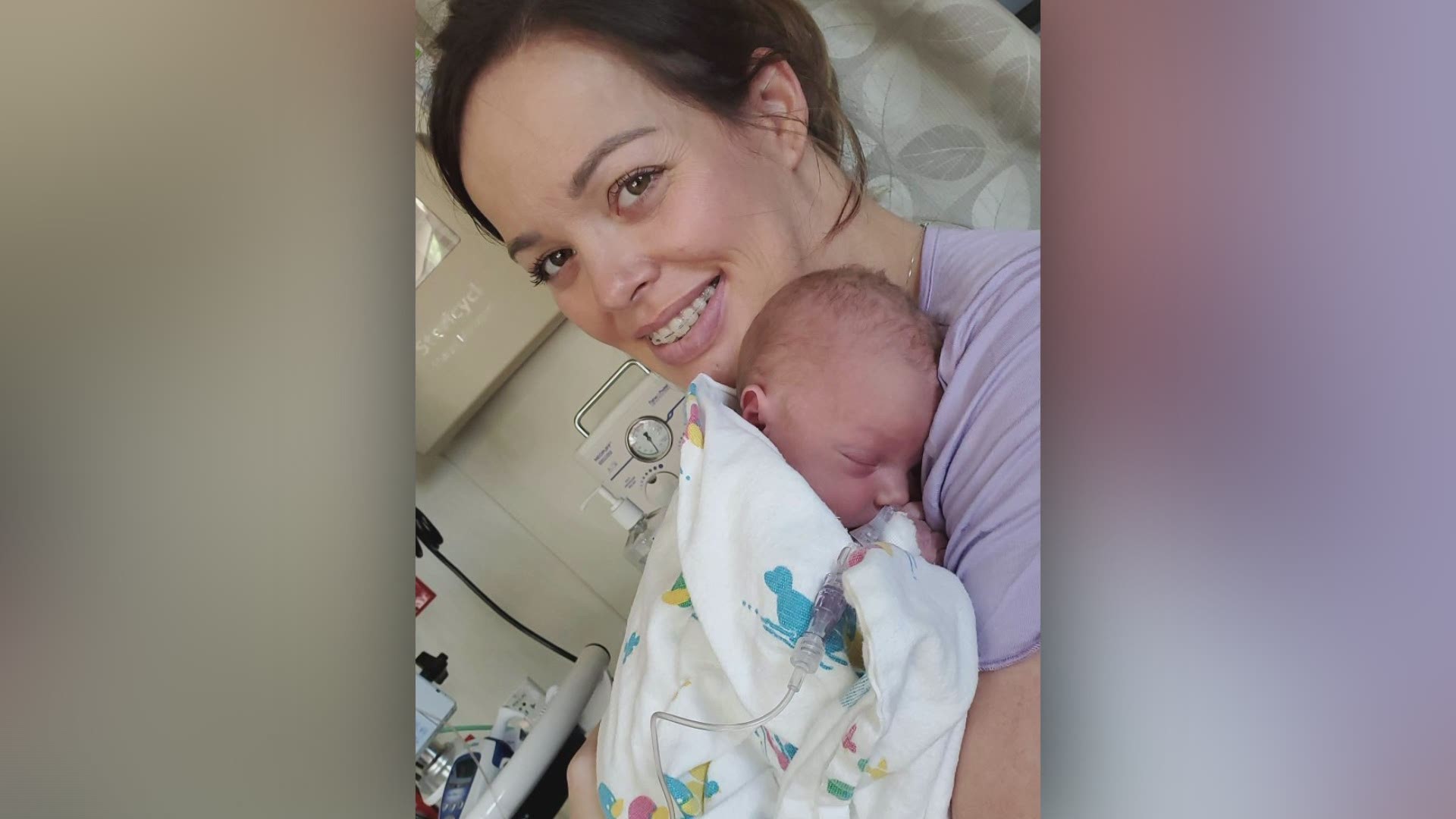 In September of 2018, doctors said Nikki Lewis would likely never walk again after a boogie boarding accident four days after her dream wedding in Hawaii.

Not only has she defied those odds, but this week, Nikki gave birth to a child- a healthy, 5 lb, 6 oz. baby girl named Makena Rose.

Makena's name was inspired by Makena Beach on Maui, where Nikki and her husband Will Lewis got married.

Nikki and Will say they are so thankful for the medical team who helped this miracle happen, allowing their dream to come true.

Credit: Nikki and Will Lewis

The Lewises call Makena their “tiny ball of cuteness.”

Back in 2018, scans showed Nikki broke her neck in three places.

“The minute that wave hit me all these emotions went through me. I wondered what was going to happen to everybody else around me,” Nikki said.

Then, a surgeon warned Will his bride would likely be confined to a bed for the rest of her life. But within days, she began to move her fingers. Shortly after that she could sit up and feed herself.

In the two and a half years that have passed, Nikki has pushed herself hard during rehabilitation. And she and Will dreamed of having a baby.

Both have children from previous relationships, so Nikki has given birth before.

The couple didn’t begin trying to get pregnant until doctors had given them “100 percent support,” Nikki said.

Then, after learning from multiple doctors it was possible, Nikki became pregnant.

The first trimester was difficult because Nikki was dealing with the expected discomforts of pregnancy, like nausea and fatigue, and the excruciating pain of a spinal cord injury.

She stopped taking most of her prescription medications to protect the baby, so she battled intense nerve discomfort and uncontrollable spasms.

During the pregnancy, Nikki had to rely almost exclusively on a walker or her wheelchair.

Credit: Nikki and Will Lewis

The family said Nikki and the baby are doing well and are expected to go home tonight or Thursday.