'Day 14 with no water': Some North Texans still without running water after February winter storm

“It's hard to deal with not being able to flush our toilets without going out and getting a bucket of water from the pool,” Euless resident Brian Augustine said. 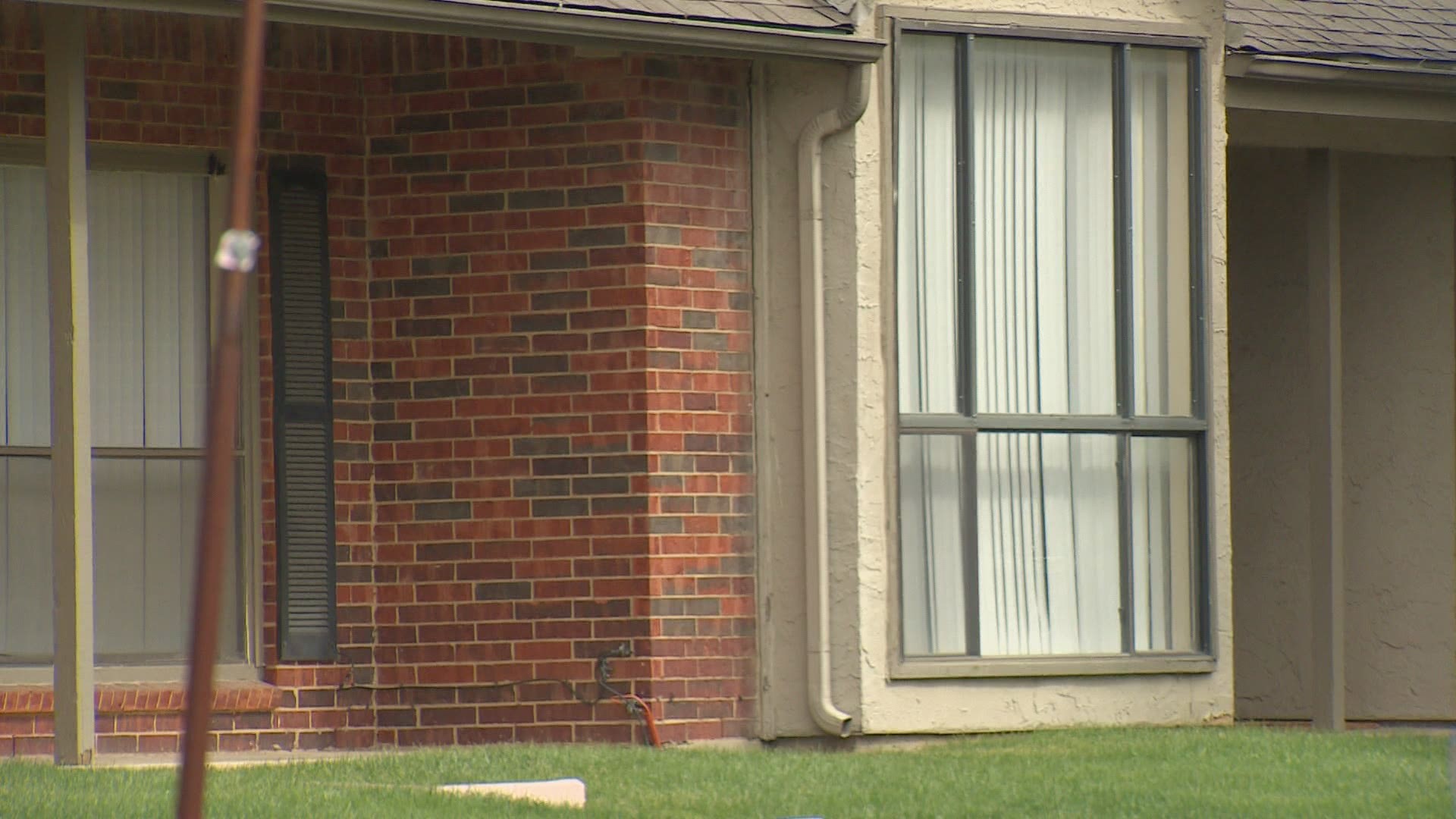 EULESS, Texas — There are North Texans who still don’t have running water, two weeks after the historic February winter storm.

“All I can do is laugh, because it feels like not even real,” Roberson said. “[You] just want to be still so you don't sweat because there's no running water [to shower].”

Roberson said another tenant put a flyer on her door, encouraging people not to pay rent until the water comes back on.

A woman who answered the phone for the apartment complex told WFAA the water was turned on at noon Monday.

Roberson said she did not have running water by noon. By 3:30 p.m., she told WFAA she did notice some water coming out of her sink. However, her shower was not fully functional, she said.

“It's hard to deal with not being able to flush our toilets without going out and getting a bucket of water from the pool,” Augustine said.

During a phone call Monday, management for the Overlook at Bear Creek Apartments told WFAA they hope to have water restored to all 34 buildings by the end of the week. As of Monday afternoon, water had been restored to 14 buildings.

Management said they installed portable showers and port-a-potties, which are professionally cleaned twice a day. They are also providing bottled water for residents.

Augustine is thankful he has family nearby so he can shower and do laundry.

“There's just a lot of things that you don't realize that you need water for until it's been taken away from you for so long,” Augustine said.

Arlington resident Vera Smith is grateful to finally have running water. But she told WFAA she received a letter from her apartment complex, the Paddock on Park Row, saying it could be up to three weeks before a part arrives to fix the boiler.

That means no hot water for showers. Due to the COVID-19 pandemic, Smith said she’s nervous to shower in a place that’s not her home.

“It’s COVID-19. It's too many germs,” Smith said. “I have a 15-year-old daughter. It's unsanitary to go to a shower. They might say it's clean. You don't know. So it's unsafe. I don't feel comfortable going somewhere to another location to take showers. I don't have family members here. So it's just hard right now without hot water.”

“Unfortunately, a new hot water boiler failed at the Paddock on Park Row because of the severe weather that has devastated communities across Texas. Our team is working to install a new system and restore hot water to the residents affected as soon as we possibly can. We remain in communication with the residents of this property, whose safety and well-being remains our greatest priority.”