Paris, Texas middle school teacher Kenda Felker is among 11 contestants spreading the message of awareness and inclusivity for people with modified abilities. 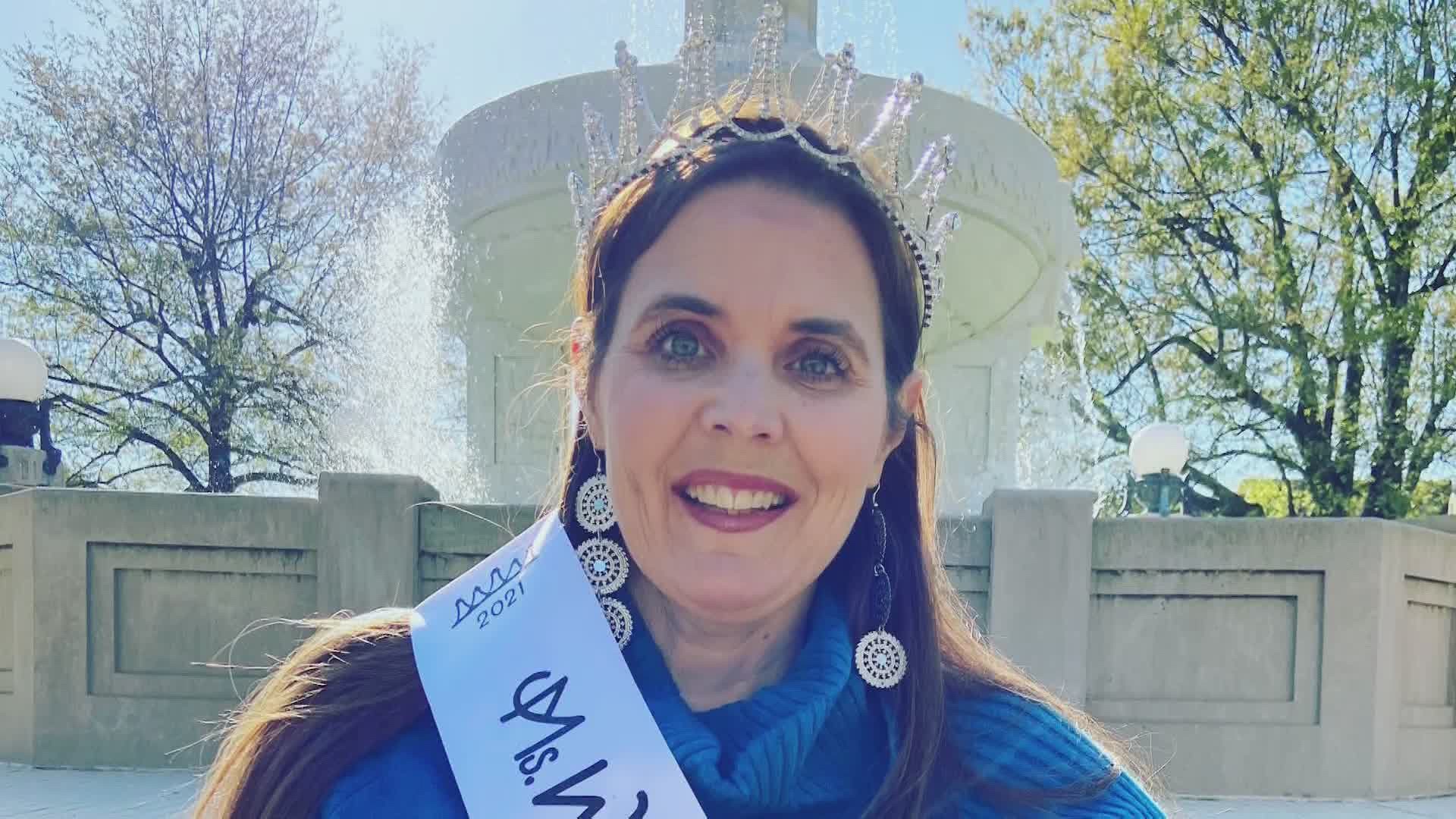 AKRON, Ohio — A middle school teacher from North Texas is living the life of pageant royalty this week in Ohio as she competes for the title of Ms. Wheelchair USA. But as she has told us before, even before the competition began, she feels she's already won.

When we met Kenda Felker back in May, she was already the pride of Paris, Texas. Multiple sclerosis hit when she was 15 years old. Twelve years ago she lost the use of her legs. But, from the perch of an electric scooter, she is still teaching the careers class at Frank Stone Middle School.

And earlier this year, the self-described country girl from Roxton agreed to wear a crown as a pageant contestant to show the world what handi-capable people can do.

"And so, just by shining that light on them, say, 'hey, look!' You know, give them a chance and see what they can do. I've already won," she said of the platform she'd been given to spread that message.

This week near Akron, Ohio, that winning week is finally underway. Eleven contestants from across the country started a week of events and public appearances leading up to the crowning of MS. Wheelchair USA this weekend.

And the goal of the Ms. Wheelchair USA event is the same: to raise awareness, compassion, and understanding for people with disabilities.

"Women with modified abilities can be glamorous and beautiful and do things to make change in the world - whether their legs work or not," Felker said Monday in a Zoom interview between Ms. Wheelchair USA events in Akron. "It's unlike anything I've ever done. It's literally just breathtaking to be able to talk to somebody who kind of knows what you go through on a daily basis."

Kenda is one of two contestants from Texas. She was chosen to represent the Southwestern US. And Whitney Lavender, as the Texas contestant, is from Amarillo.

Back in May, Felker said her motivation was for the seemingly simple things too, like more handicapped parking spaces beyond the one that she can find in downtown Paris.

So, whether she comes home with the title or not, her message is being heard. And, in the process, an entire community of handi-capable people – recognized as winners, too.

You can watch the event and vote for your favorite contestant online. The event also benefits the Ohio-based Dane Foundation which operates with "a special mandate to provide events and programs that foster awareness, understanding, and acceptance of individuals with disabilities, their families and caregivers."