Dallas is the southernmost site for Bridgestone NHL Winter Classic 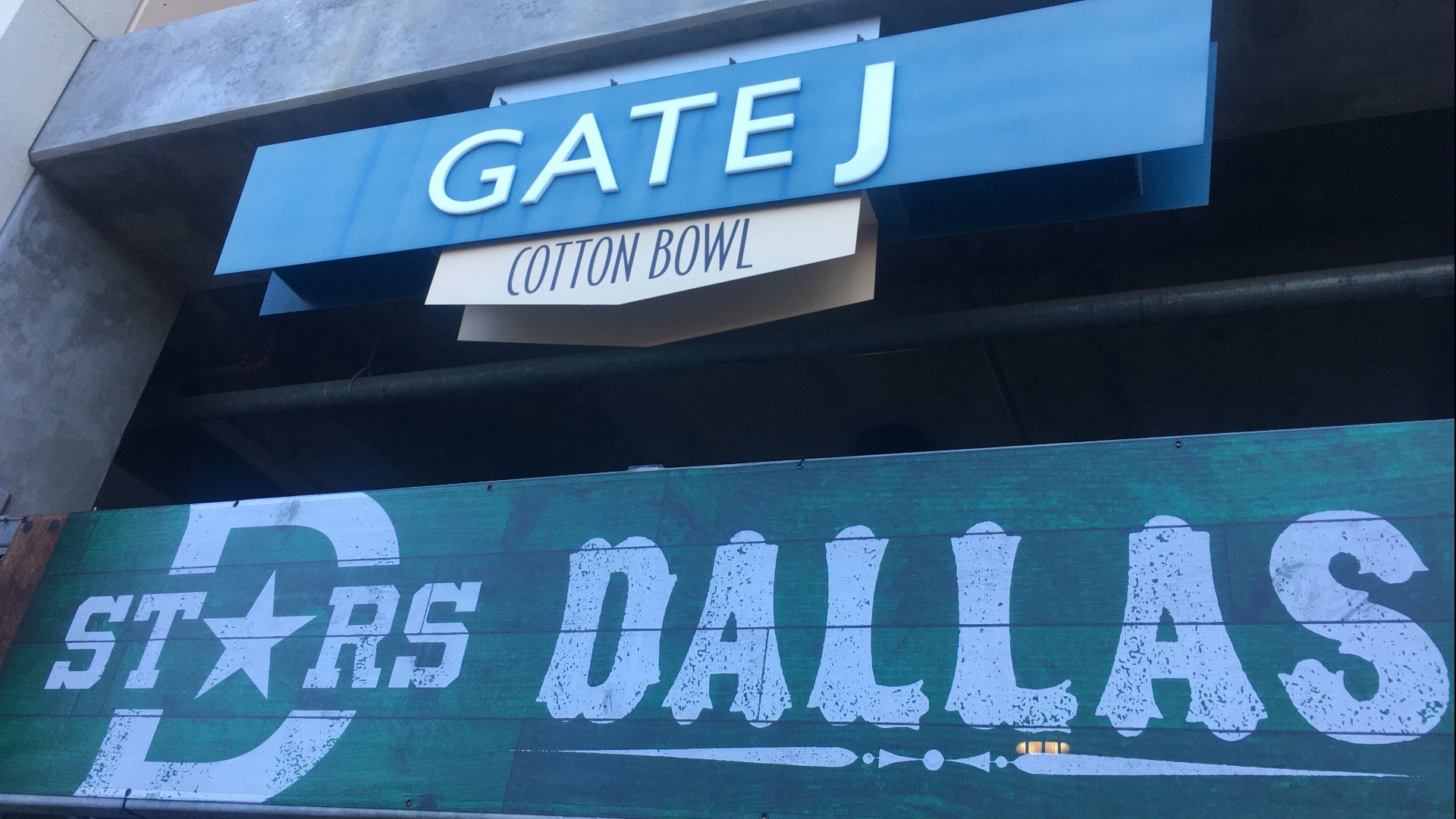 DALLAS — The National Hockey League rolled the world's largest refrigeration unit into Fair Park on Tuesday in a two-week lead up to outdoor hockey at the Cotton Bowl in Dallas.

When the 2020 Bridgestone NHL Winter Classic is played at 1 p.m. on January 1, it will be after a 53-foot, 300-ton capacity refrigeration unit helps create a sheet of ice that can withstand significant temperature fluctuations.

And Derek King gets to put it all together.

King heads up facilities and hockey operations for the NHL and arrived in Dallas ready to begin the work to make the rink a reality.

Tuesday, the rink construction crew began assembling hoses that will run into the 90-year old stadium and help pump in 3,000 gallons of glycol coolant into custom-made aluminum trays that are configured on the field.

Credit: David Goins
Banners are going up around the Cotton Bowl in preparation for the Bridgestone NHL Winter Classic in Dallas on January 1, 2020. The Stars will host the Nashville Predators at 1 p.m.

A typical NHL rink is anywhere from 1 to 1.25 inches in thickness. King says an outdoor rink will require up to 2 inches of ice thickness to be able to withstand elements.

More than 85,000 fans are expected to fill the Cotton Bowl as the Dallas Stars host the Nashville Predators on New Year's Day.

Right now, the largest concern for ice condition is temperatures in the upper 60s to 70s, and heavy rain.

The NHL has a built-in weather day allowing the game to be played on January 2 if conditions on New Year's Day would not allow for safe play.

The NHL Winter Classic started in 2008 and is considered the signature one day event on the hockey calendar.