Acting superintendent at DeSoto ISD under fire for racist and transphobic Facebook posts; board members call for emergency removal 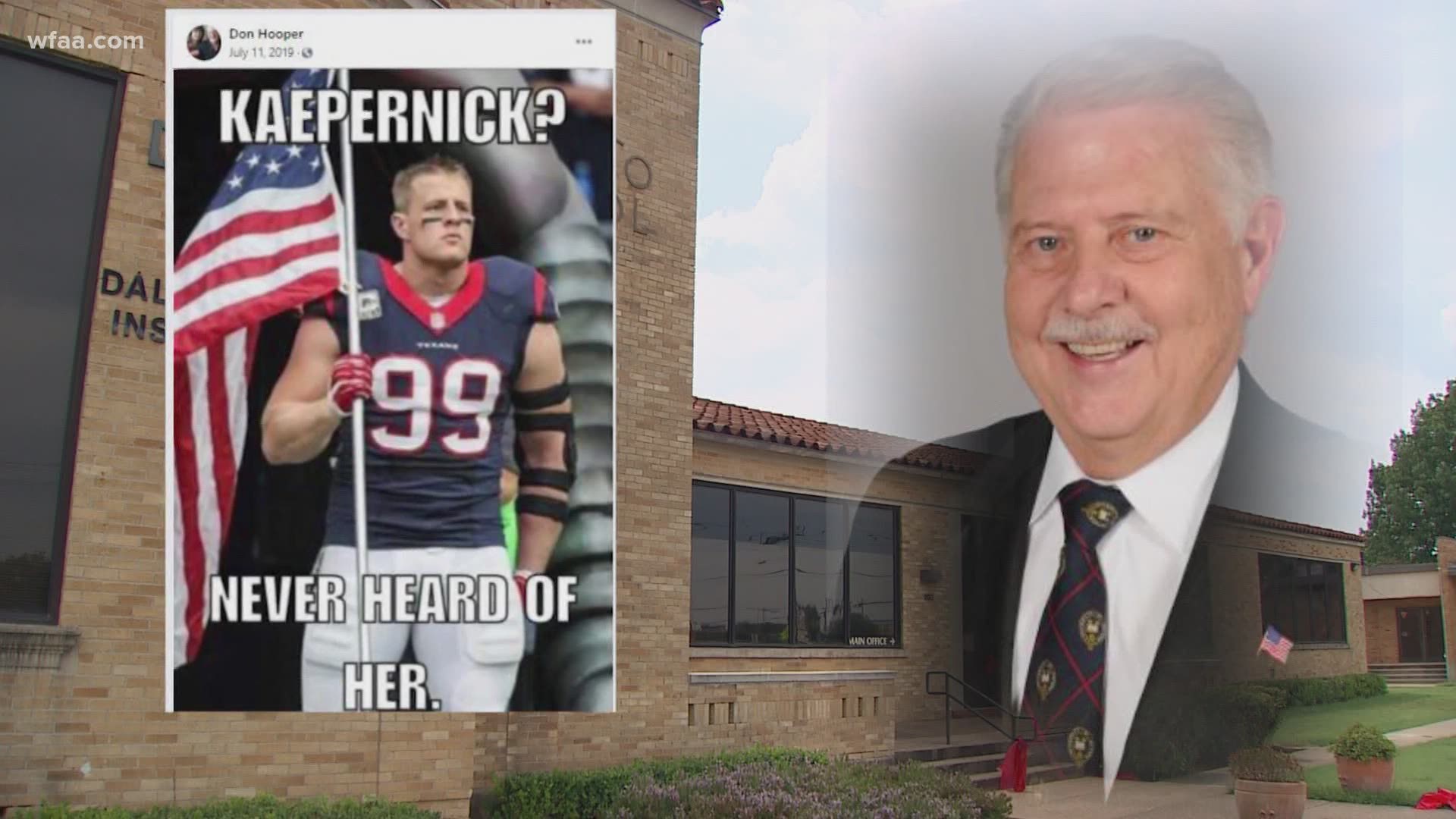 DESOTO, Texas — The newly appointed acting-superintendent for DeSoto Independent School District is under fire for past social media posts, and now two board members want him replaced immediately.

It is the latest in a recent series of head-scratching moments for the school district.

Don Hooper filled the vacancy left after a special board meeting Sunday, where then-superintendent D'Andre Weaver resigned from his position.

An audit released in the past month by the Texas Education Agency of the district's finances showed the district mismanaged finances. The audit accuses district leaders of fraud, waste, and abuse in instances that occurred before Weaver was hired in 2018 under Superintendent David Harris.

The mismanagement led to a $21.6 million budget shortfall for the district.

But because of the audit, TEA recommended DeSoto be placed under the control of a state-appointed conservator. Hooper was selected for the role to help with financial operations.

The school board decided to make the conservator the interim superintendent.

But since the announcement, WFAA was pointed to Hooper's personal social media page.

A Facebook page that matched Hooper's likeness showed politically-charged posts coupled with racially-charged posts. The page had posts about kneeling for social justice, Colin Kaepernick and "All Lives Matter."

A 2019 post said, "Democrats haven’t been this mad at Republicans since we freed their slaves." A separate post said "Kaepernick? Never heard of her."

Local pastors were among those upset by Hooper’s words.

“This is reprehensible and unacceptable,” Friendship-West Baptist Church Pastor Freddy Haynes tweeted. “How can someone with this mindset preside over a predominantly Black school district?!?!!”

“Those posts are both racist and homophobic,” said Pastor Bryan Carter of Conrod Church. “Totally unacceptable for a leader expected to serve and care for children.”

"How can you lead Black lives when you are anti-Black lives matter?" asked Abe Cooper, who is running unopposed for the Place 5 seat on the school board.

Cooper says Hooper has no place in a district where most of the students are minorities.

"In addressing the matter, Dr. Hooper has apologized for the content and his decision to share the content in question without considering how others may view it. Hooper also apologized for the inclusion of this content on his personal platform as the content in question does not reflect his leadership, character nor career," the statement said. "Dr. Hooper further clarified that over the course of his career, he has led with empathy and sensitivity for all segments of diversity."

Cooper stresses he has no problem with the acting superintendent's political leanings. He says he has the right to believe what he wants but says these posts go beyond politics.

The district has not yet said whether it has a social media policy for employees.

In the meantime, Trustees Tiffany Clark and Aubrey Hooper have asked for an emergency school board meeting to be held Saturday night so that a new interim superintendent can be named.

A third member must request in the scheduling of such a meeting if the board's president does not call for it per a Facebook post by Trustee Hooper.

Meanwhile, a protest is planned Thursday night at 6 p.m. outside of the district's administration building. 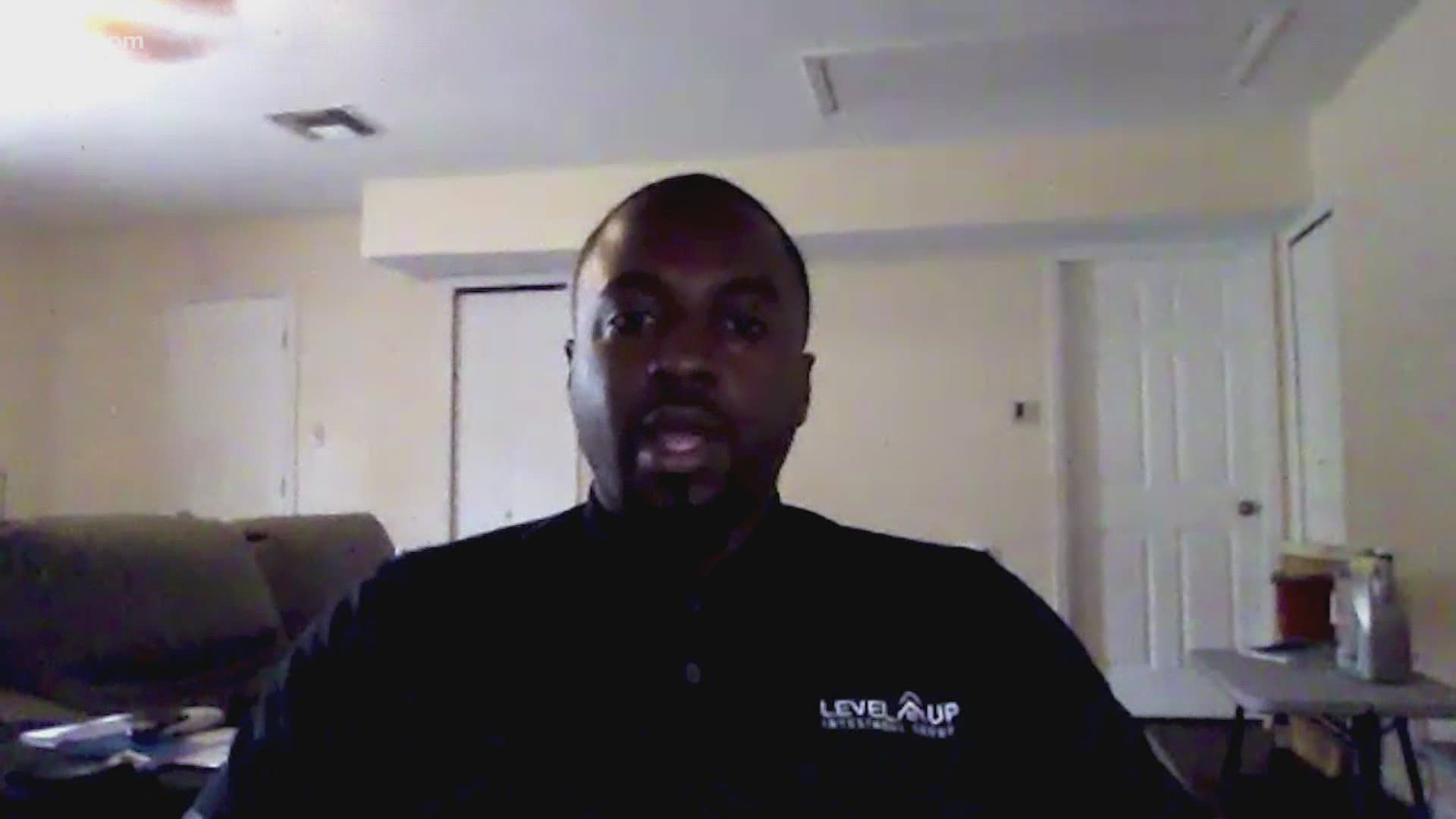 It's being spearheaded by parent Alvin Culberson, who told WFAA that he's tired of his district not meeting the standards that the community deserves.

"It's pretty much a circus right now," Culberson said. "It's one bad thing after another happening."

DeSoto ISD has had an interesting decade.

In 2011, it practically threw $188K out the window when it bought out Superintendent Kathy Augustine's contract.

Augustine worked only one day on the job for the money, when news surfaced that Atlanta Schools was involved in a widespread and systemic cheating scandal involving state exams.

Either way, DeSoto didn't want to deal with the blowback.

In 2016, a state review of the district found that some trustees went above their authority to meddle in day-to-day district operations and operated under personal agendas.

She was the district's valedictorian that year but after giving a speech at graduation and walking to get her diploma, the district informed her that she was actually number three in her class and not number one, due to a grading error.

Culberson told WFAA that the protest surrounds acting Superintendent Hooper's issues, but more than anything he's just asking for some normalcy from his district.

"It's horrible man," Culberson said. "We don't always want to be in the news."