'It's really a form of poor tax': Independent group will study strategies to reduce criminal fines and fees as a revenue source for the County. 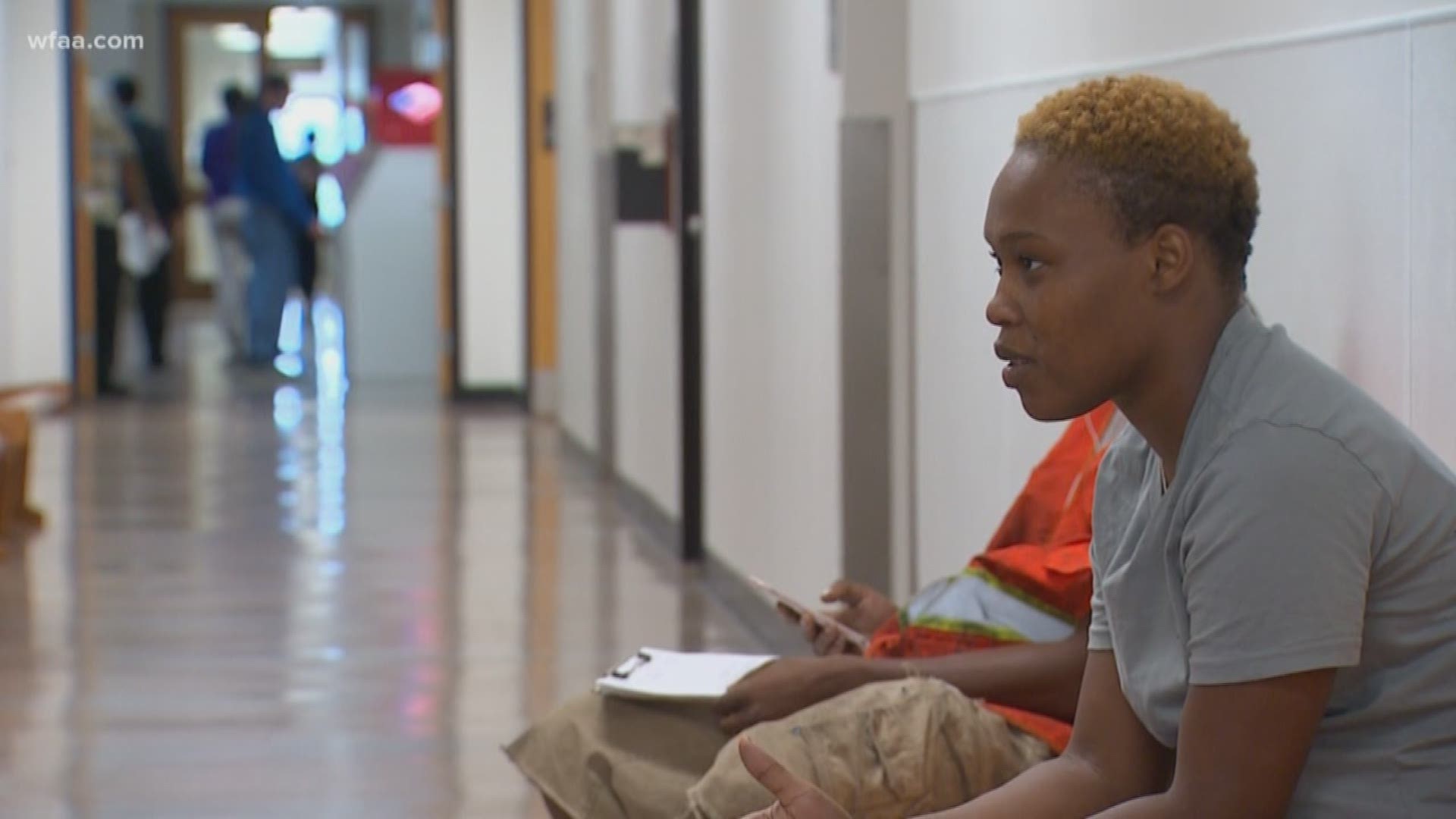 DALLAS — Three major counties across the country are working on strategies to eliminate criminal fines and fees. Dallas County is among them.

On any given day at the Dallas County criminal courthouse, the clerk’s office is busy with people lining up to pay court fines and fees. Sarah Crowley, a young mother of three, is among the group waiting patiently for a clerk to call her name. This time, Crowley’s hoping to work out a payment schedule.

“I might not pay all my rent. Got to pay some of it, because I'm going to have to come back and pay court costs," Crowley said.

In her case, Crowley said there is also the burden of balancing daycare payments over court fees.

“You are going to have to choose one,” Crowley explained. “Well, you might go to jail if you don't pick one."

Wiping out some of those criminal fines and fees could be on the horizon. Dallas County was selected as part of a special study by the Public Financial Management’s Center for Justice and Safety Finance. The group is helping county leaders look at possible ways to reduce or eliminate the reliance on criminal fines and fees as a revenue source.

"If you think about it this way, it's really a form of a poor tax that local government is imposing on these individuals," said David Eichenthal, Executive Director of PFM Center for Justice and Safety.

Eichenthal and his team are in Dallas this week collecting data as part of the study.

"That system was often pennywise and pound foolish,” Eichenthal explained. “So, by imposing fees and fines on criminal defendants that had a hard time paying, it had a negative impact on the community."

Some county leaders say, right now, Dallas isn’t relying heavily on criminal fines and fees, because many times defendants are not paying the charges.

"This is a good thing,” Jenkins explained. “We'll get a report. We don't have to do any of these things. I think there will be the will on the court to do a lot of them."

PFM's Center for Justice and Safety Finance is expected to complete its review and recommendations for all three counties by the end of this year.