The area has grown rapidly in recent years. The new developments could reshape its main corridor by 2023 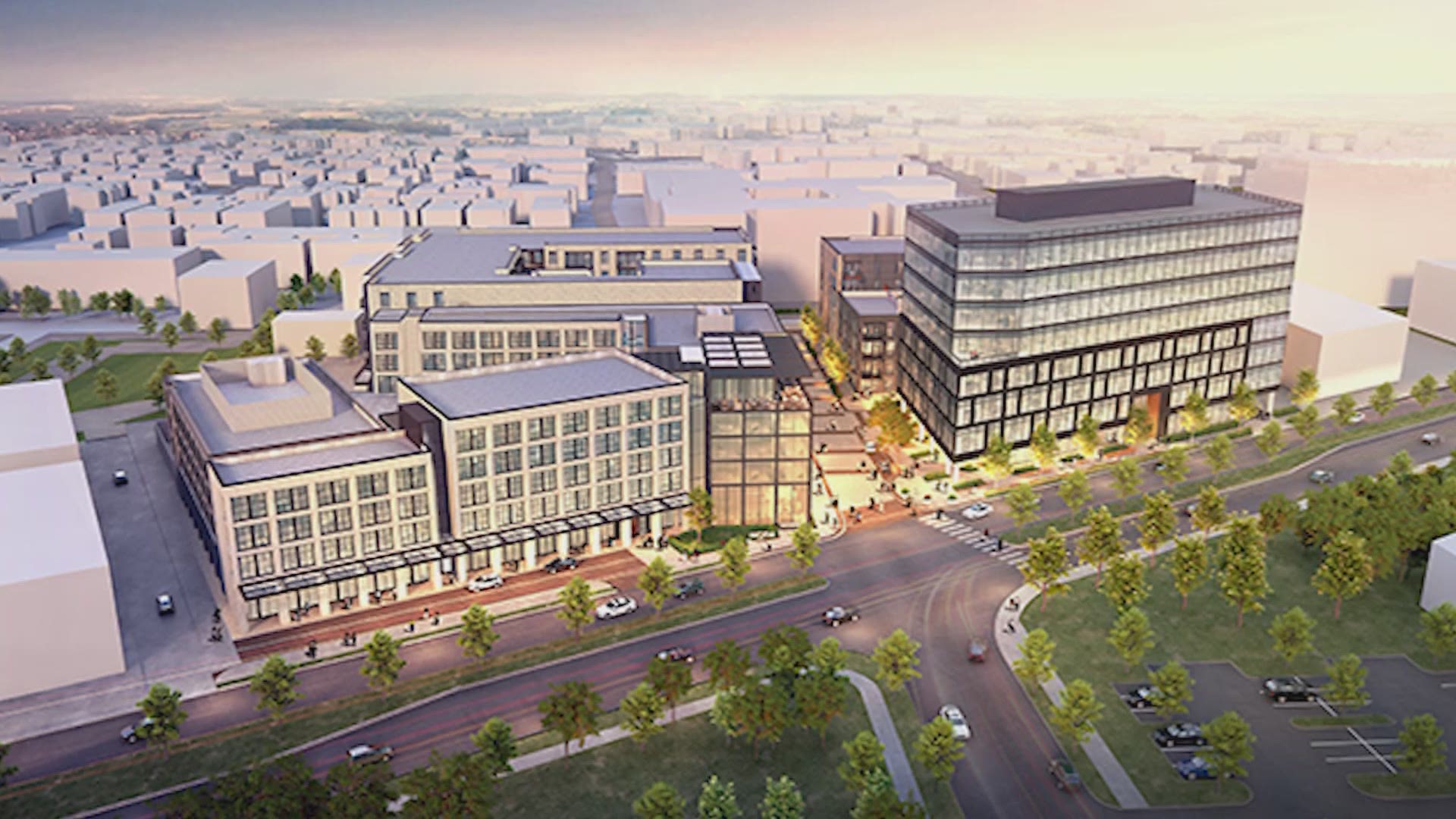 FORT WORTH, Texas — After decades of change, the growth Fort Worth’s Cultural District is accelerating, and the next few years will determine if change equals progress.

Dustin Van Orne has been in Fort Worth 20 years working at the Modern Art Museum and as past president of the Cultural District Alliance.

“Everything under the sun has moved over here,” Van Orne said. “We like to call it the living room of Fort Worth.”

On Van Cliburn Way, across from the museums, billionaire John Goff’s Crescent Real Estate has already started work on a mixed-use development. It's slated to include a 5-story 200-room luxury hotel, with a rooftop bar, 175 luxury residential apartment units, and an 8-story 160,000-square feet office building.

Closer to the bridge on West Seventh Street at Foch Street, a 10-story project was recommended for approval by the city’s zoning commission, and will now need more city council approvals before it can move forward.

Omaha-based Goldenrod is developing the project that would include around 300 luxury apartment units above 33,000 square feet of office space and more retail space.

Both the Crescent and Goldenrod projects hope to be completed in the summer of 2023.

“The more we see that better mix of use, the more the businesses in the neighborhood succeed and that just benefits everybody,” Van Orne said.

The city is also working to transform the street itself from the bridge to University Drive, adding bike lanes separated from traffic and greenery down the median with a target finish date of April 2022. The design in the area is walkability and density.

“Density is a better use of land than large sprawling suburban neighborhoods. It’s just more efficient for tax dollars,” Van Orne said. “We now have an imbalance of residential tax base versus commercial tax base and we need to flip that.”

Change has been going on for decades in the Cultural District, and there’s plenty of potential left with developers possibly eyeing the purchase of Fort Worth ISD’s Farrington Field. But the focus now is making sure the culture and atmosphere of the area never leaves.