As the DFW housing market has become more expensive, the entry point for first-time buyers looking for a 'starter' home has changed dramatically. 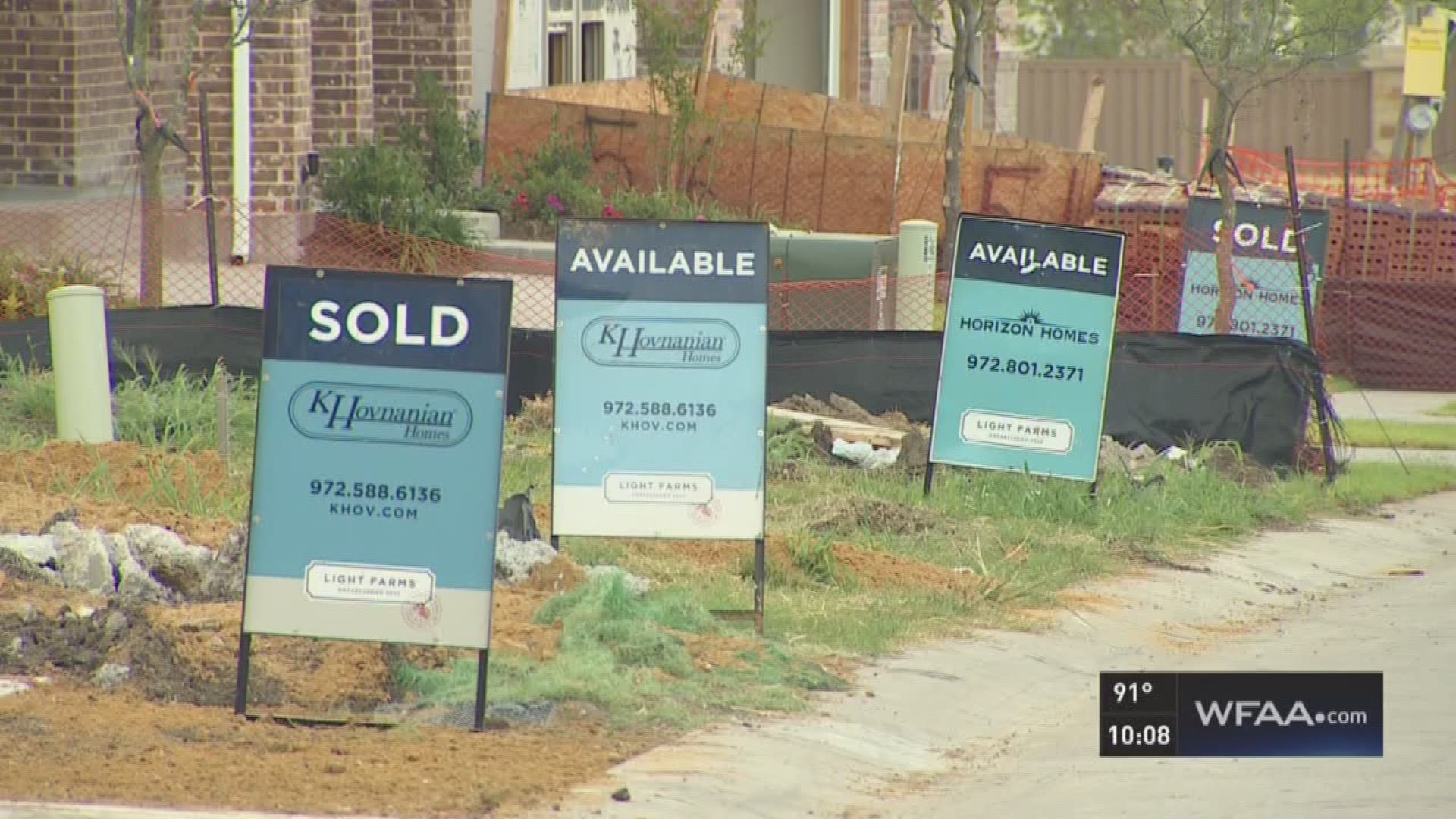 CELINA -- Call her a late bloomer, but Judy Turner waited until her late 40s to grow her own garden in her own backyard.

She showed off her collection of herbs, peppers, strawberries, and eggplant when we stopped by her Celina home recently.

As we looked over her garden, we discussed how Judy and her husband, Rick, might not have had enough "lettuce" if they had waited any longer to buy their very first home.

“We were fortunate that we peaked out right where we wanted to," Rick Turner said.

In recent years, the average national price for a starter home has gone up significantly. According to data published on YCharts, the U.S. First Time Buyer Starter Home Price went from $141,300 at the end of 2011 to $177,600 by the end of 2014.

Of course, in hotter markets, like North Texas, the dearth of less-expensive "starter homes" can be even more noticeable.

“First-time buyers have been redefined in this market," said Ted Wilson, principal at Residential Strategies. "With the increased cost to develop lots and to build houses and land prices going up, we really see most of the entry-level builders not able to get under much under $180,000. So, $200,000 pretty much defines what a first-time homebuyer should be anticipating today.”

That’s optimistic, according to the Turner’s realtor, Wanda Charles.

Charles, who heads up the Wanda Charles Group, concentrates a lot in the booming North Dallas and northern suburbs. She says anything less than about $250,000 often requires some kind of sacrifice.

“It’s most likely not going to be a palace," she said. "It’s going to be a fixer upper, or we’re going to have to drive and have a commute.”

That’s the exact mark where the Turners bought their starter home.

“I expected the prices to go higher," Judy said. "That’s why we wanted to move sooner.”

They moved up their relocation; and after waiting decades to buy their first home, house hunting didn’t take long at all. “Maybe four hours," said her husband.

They’re glad they were quick to put down roots, because just in the several months it’s taken for them to get settled and get that garden out back to grow, their realtor says the price of homes like theirs in the neighborhood has sprouted up, too.

It's now about $30,000 more than the Turner’s initial budget. Rick says if they hadn’t moved when they did, he and his wife, “Would have been forced to go further out."