The housing market in North Texas is seeing a record-setting boom that has some buyers frustrated, some sellers celebrating, and the real estate industry wondering if the good times will slow down anytime soon. 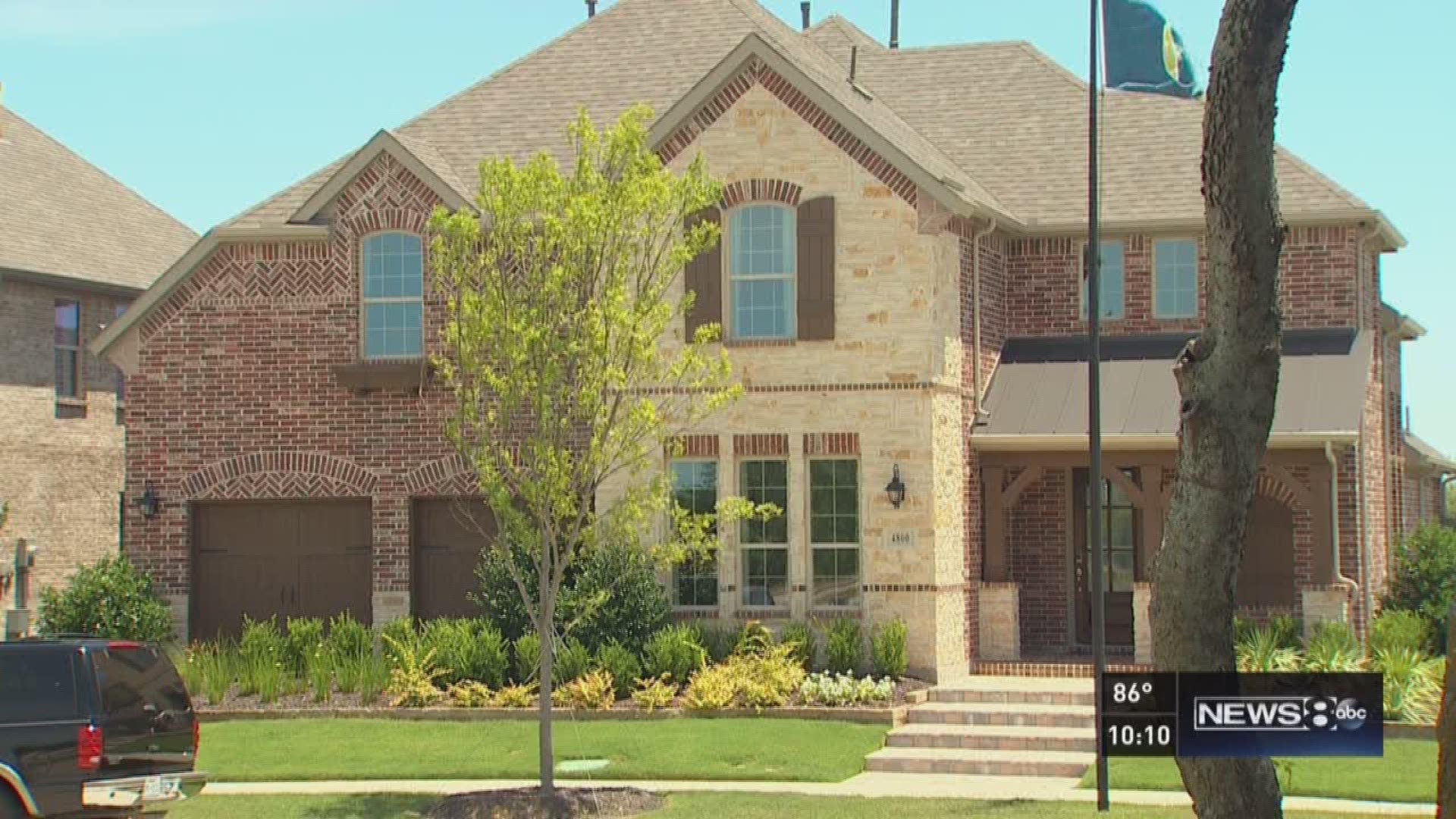 DALLAS -- North Texas is home to one of the hottest housing markets in the country.

“It is maybe, perhaps a once-in-a-lifetime opportunity,” she said.

But she says each new deal starts with a disclaimer: “What I explain to my clients is that it is fun to sell and it is not fun to buy."

Her associate, real estate agent Beth Groenewald, says if you’re looking in this market, you either buy it or say goodbye to it.

“Jump on it, because it is not going to be here five minutes from now. It’s gone," she said. "You don’t have to love it; just like it.”

Part of the reason why is that there’s only about a two-month supply of homes for sale in the DFW area. In a normal market there would be six months’ worth of supply.

So demand is crazy, and home sale stories like this one told by Groenewald are becoming common: “It went on the market Friday night, and I had four offers in my inbox Saturday before 8 a.m. -- and we hadn’t had any showings."

It’s enough to make a buyer actually break down and cry.

“I think [I cried] twice. Once was at work in the bathroom,” Sandra Curry told us.

The tears were brought on by her search for a place to live, which started narrow, near downtown Dallas. But, eventually, it stretched all the way up to 635.

Her budget expanded just as much.

She finally landed a contract that is due to close near the end of June.

Home prices here are at a record average of $289,377, according to the May 2016 numbers released by the North Texas Real Estate Information System.

And that upward arrow really goes through the roof for new home prices, which are now averaging $337,141, according to the latest figures released by industry analyst Metrostudy.

New homes are being erected here at the fastest pace in almost a decade. We visited Union Park, a Hillwood Communities development in Little Elm to see that first-hand.

Union Park, a&nbsp;Hillwood&nbsp;Communities development in Little Elm, is in a building boom.

Right now, there are about 150 new homes being constructed there. But when that project is completely built out, it’ll include more than 3,000 new homes.

According to Residential Strategies, Inc., a firm that studies new construction, Little Elm is one of the fastest growing places in North Texas. But they have produced a growth "heat map" that shows red-hot spots for development in -- and all around -- DFW.

Added together, builders here are on track to put up about 29,000 new homes in the area this year alone.

“I like having this much demand,” said Kevin Egan, president of American Legend Homes.

They are building in twenty subdivisions in DFW. We visited Egan at one of the sites.

“We’re in the Southpointe community, here in Castle Hills," he said.

Demand there is going up faster than the wooden frames of new houses.

“We’re limiting ourselves today just to sort of catch up," he said.

Egan’s company is actually turning away some homebuyers there just to pace themselves.

“Our sales people don’t like it," he said, but undoubtedly they do like that as demand and prices go up.

“We don't see anything on the horizon to suggest that there's going to be this massive slowdown," he said.