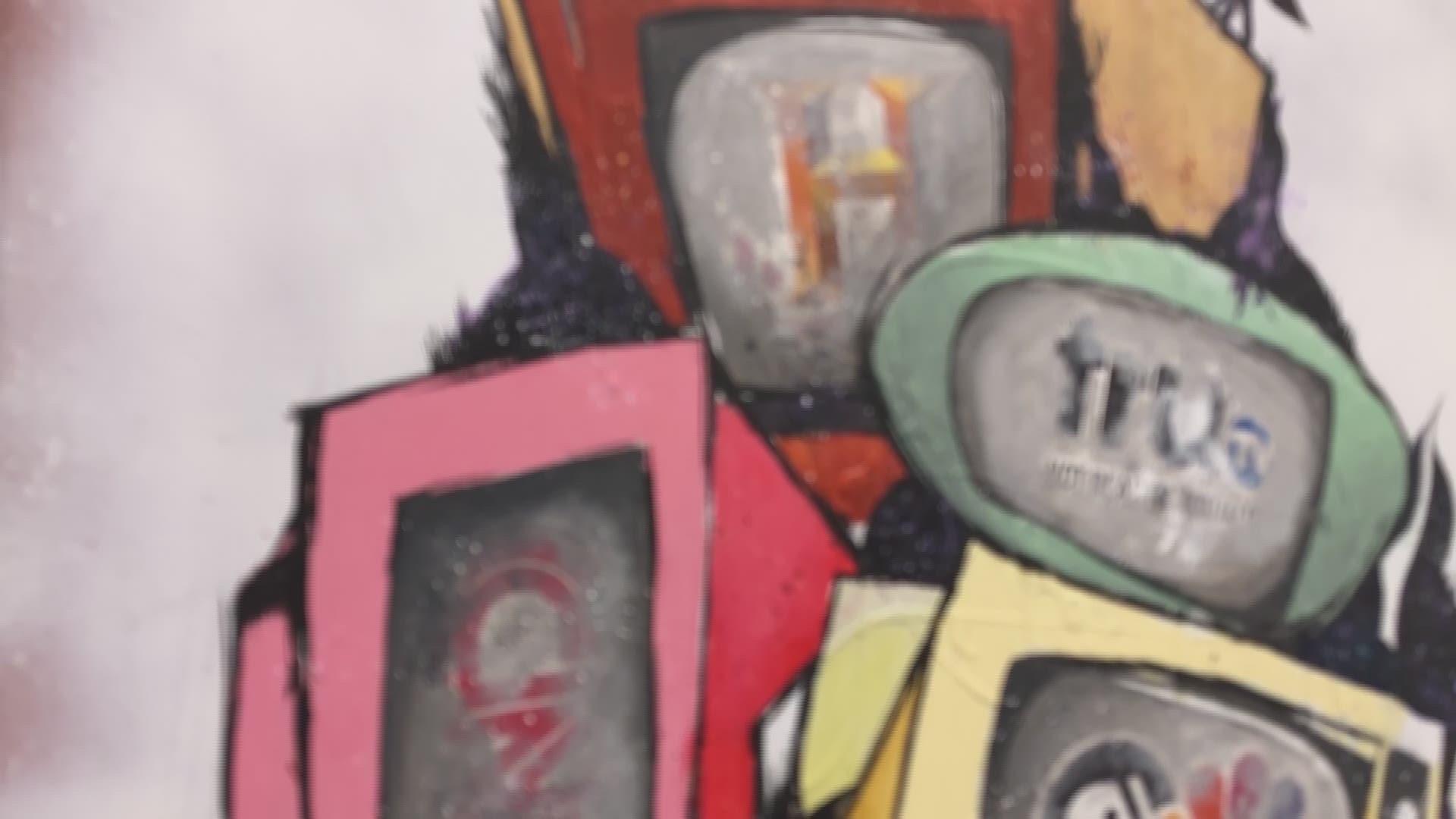 EAST POINT, Ga. — Nearly eleven months ago, C Flux Sing was getting recruited by prominent Atlanta mural artist, Fabian "Occasional Superstar" Williams and Ash Nash of PowerHaus Creative to be a part of an exclusive group that would come to be known as the "Kaepernick Seven."

C Flux joined six other talented Atlanta-based artists along with Williams to create their artistic rendition of the former NFL quarterback turned social activist, Colin Kaepernick. Their work not only made national headlines, it also highlighted the vast array of socially-conscious artists working here in the city.

Those seeking samples of his work can see his mural dedicated to Kaepernick at the intersection of Krog St. and DeKalb Ave near the Krog Street Tunnel. C Flux also has a mural prominently featured at popular College Park restaurant, Virgil’s Gullah Kitchen & Bar.

Since then C Flux Sing a.k.a. Craig Singleton has turned his focus to his work. Continuing to utilize his signature blend of bold line work, striking colors, markers & paints to tell stories that bring a voice to the diaspora of Black Americans.

“My inspiration comes from life experiences and my observation of all those things,” said Sing to My East Point News, “The stuff I think about is dealing with relationships, dealing with my own thought process.”

Long on the radar of Jack Sinclair curator, Courtney Brooks, C Flux is being featured with his own solo exhibit, ‘Heavy Clouds’ at the ArtsXchange  - East Point. The collection showcases samples of the artist’s work from 2014 until the present day.

The ‘Clouds’ exhibit is the ninth ArtsXchange exhibition in just under a year of relocating to East Point from Grant Park last January.

’Heavy Clouds’ runs through January, 18 and will host an ‘Artist Talk’ one-on-one on January, 11.

For more information about the artist visit his website here and for more info on the Heavy Clouds exhibit, visit the ArtsXchange website.