Ballethnic Dance Company prides itself in being a place where African American dancers can use the artform to impact the community as a catalyst for social change. 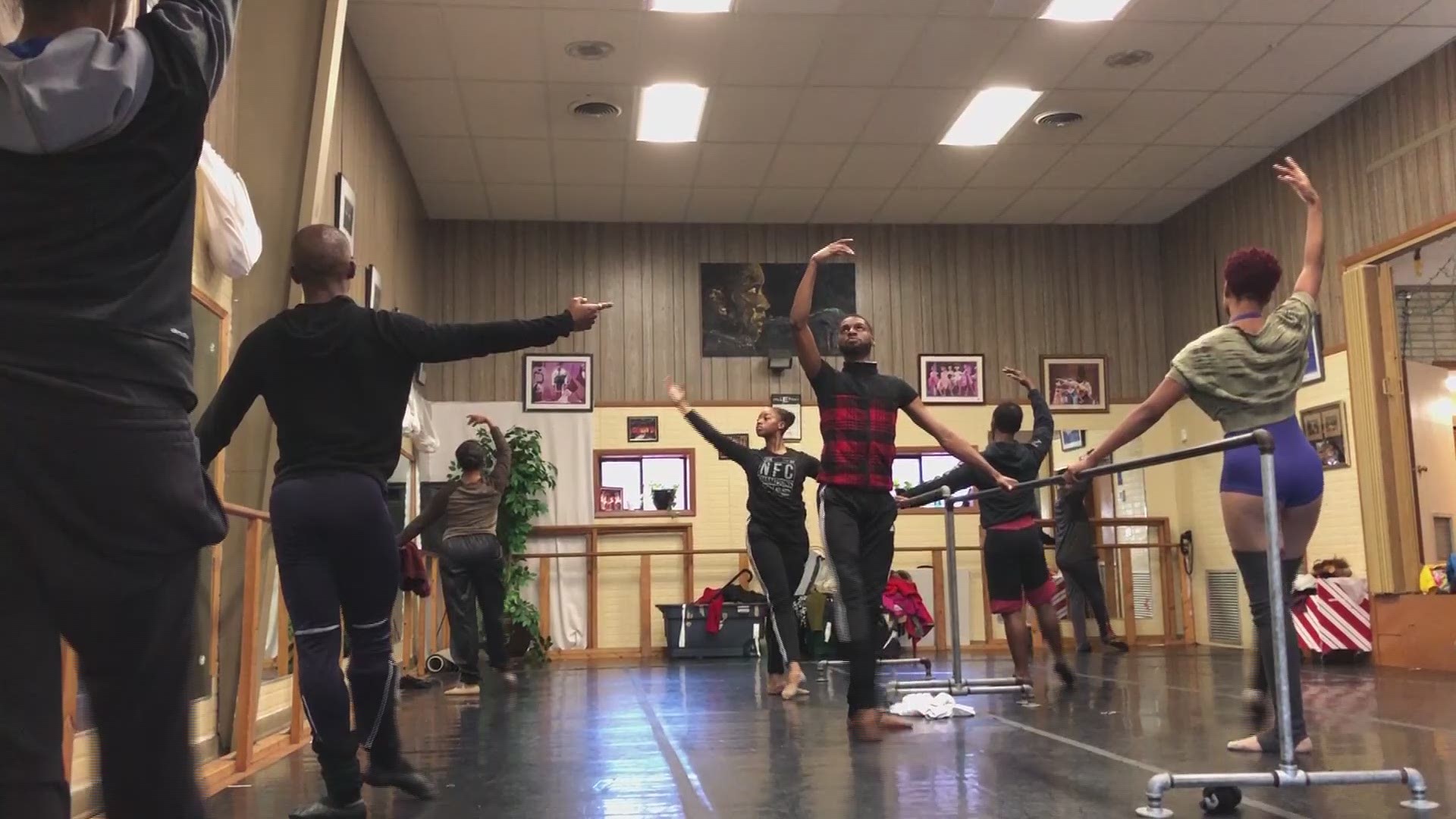 EAST POINT, Ga. — Decades after opening their doors on Cheney Street in East Point, the husband and wife co-founders of Ballethnic Dance Company are celebrating a new milestone - a 30-year anniversary.

The acclaimed, culturally diverse business has been serving the Southside with its mission of cultural diversity and building a repertoire of classically-based signature ballets in its own multicultural style since it opened its doors three decades ago.

The name Ballethnic came from an idea Waverly Lucas had of combining the names of the two dance forms he loved most – ballet and ethnic dance, an inclusive term for many dance forms, especially African dance.

Lucas and Nena Gilreath started in the business as a choreographer and dancer, respectively. When they first hit the stages all those years ago, they said there weren’t that many opportunities for black and brown folks to succeed in the world of classical dance.

As a result, they founded Ballethnic, a dance company where African American dancers could work, flourish and use dance as a vehicle to impact the community as a catalyst for social change.

Both Gilreath and Lucas have received numerous awards and honors over the past 30 years at Ballethnic including the 2008 Atlanta NAACP President’s Award for their positive influence of today’s youth and the 2002 Global Diversity Business Exchange Atlanta Entrepreneur Award. They were also selected as the 2006 Lexus Leaders of the Arts.

This holiday season, they will be putting on their award-winning version of the Urban Nutcracker at Martin Luther King Jr. International Chapel at Morehouse College on Dec. 14 and 15. Most recently, the dance company was invited by the City of East Point to participate in its first-ever Holiday Lantern Parade immediately following the tree-lighting ceremony.

For more information about the Ballethnic Dance Company, visit their website.