The dead person was a student at Bowie High School, police say. 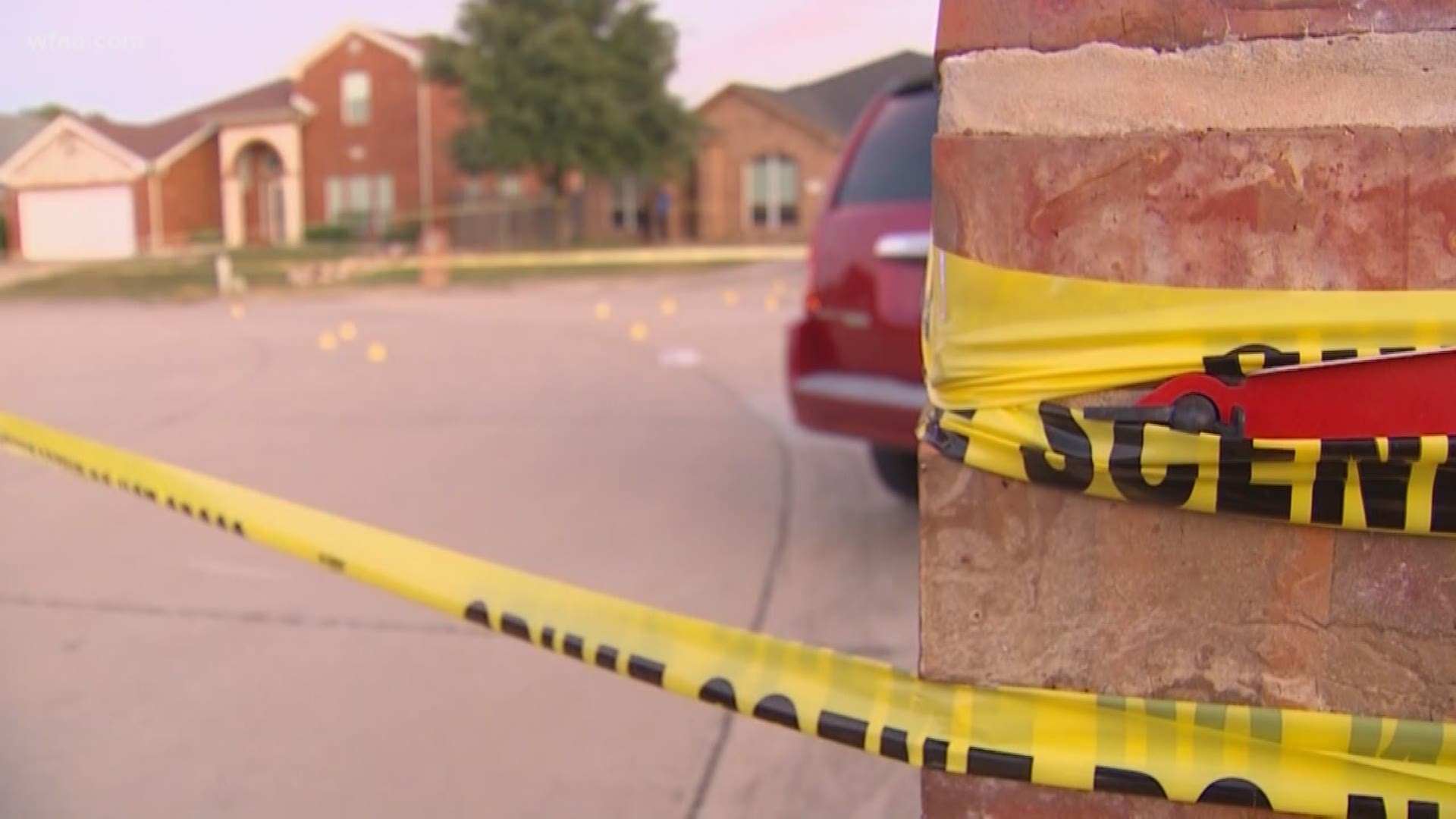 Updated at 5:45 a.m. Friday with the identification of the student.

A student was killed and two other victims were injured Thursday afternoon near Bowie High School, Arlington police said.

Anthony Strather Jr., 17, was killed, according to the Tarrant County Medical Examiner.

He was a student at Bowie High School and was a player on the school's football team.

Another person, who was also shot, is a Bowie High School student, police said.

The third person shot is a man who was sitting on his front porch when he was hit by a stray bullet, police said.

Police said the other student and the man are expected to survive.

"It's really really really sad. I don't have the words. Whatever they shot them for I'm sure wasn't worth that young man losing his life," said one neighbor who wishes to remain anonymous.

Investigators say several people were involved in an altercation prior to the fatal shooting. Detectives are working to find out what led up to the shooting.

"It is with a heavy heart that I announce that one of our students at Bowie High School was fatally shot off campus after school today. A second Bowie High School student was also shot and is receiving medical care. Out of respect for the families involved and the minor status of the students, the Arlington ISD will not be releasing any student names this evening. The Arlington Police Department is fully investigating the shootings. Any speculation on the part of Arlington ISD officials regarding the incident would not be appropriate.

"For tonight, the Arlington ISD has canceled the Bowie High School freshman and junior varsity football games against Trimble Tech. School counselors are preparing to assist students through this tragedy and district officials will support the families of the students involved as needed.

"The Arlington ISD asks that the entire community keep the families of these students in your thoughts."

"We are saddened to inform you of a shooting that involved two of our Bowie High School students this afternoon. The shooting took place off-campus and resulted in the death of one of our students as the other is undergoing medical treatment. Principal Rizardo, the counseling team and district staff are offering assistance to the families impacted and that support will continue as needed. As we know more information, we will keep you informed."