An SUV crashed into the ATV after deputies said the ATV failed to yield the right of way. 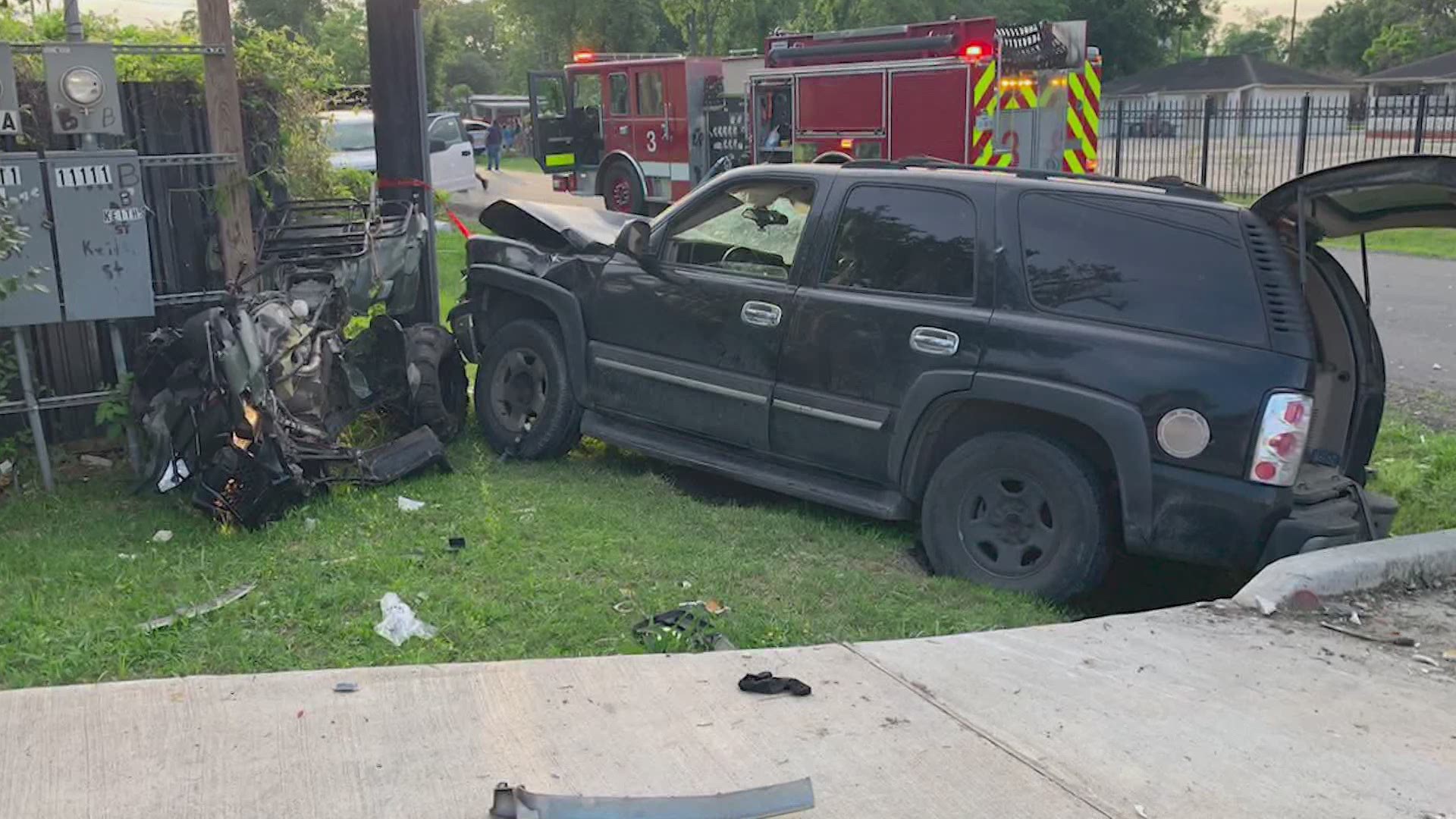 HOUSTON — A 17-year-old girl is dead and a 6-year-old child is in critical condition after being thrown from an ATV during a crash Friday night.

Capt. Shannon described it as "a terrible scene." It happened near the intersection of Keith and Rosemary in north Harris County, not far from the Eastex Freeway.

According to investigators, the teenager, who was driving the ATV, failed to stop at a stop sign, causing the driver of a black 2004 Chevrolet Tahoe to crash into the left side of the ATV.

The teenager and the child were both thrown from the ATV.

Emergency crews arrived on scene and rushed the teenager and child to the hospital.

The driver of the Chevrolet Tahoe, who is 18 years old, was taken to the hospital with non life-threatening injuries. There were four other passengers, ages 16-17, inside the Tahoe. They had no reported injures.

This crash is under investigation by the Harris County Sheriff's Office.

Update to fatal crash on Rosemary Ln: the SUV carried the male driver (18) and four passengers (ages 16-17). The driver is stable, the passengers had no reported injuries. The female operator (17) of the ATV was pronounced deceased at the hospital. Her passenger, a female (6), https://t.co/wkDzgg0DPx