More than 200 teens gather for youth-led protest in McKinney

Students with March for Our Lives addressed social justice and police brutality during a peaceful protest outside the McKinney Police Department. 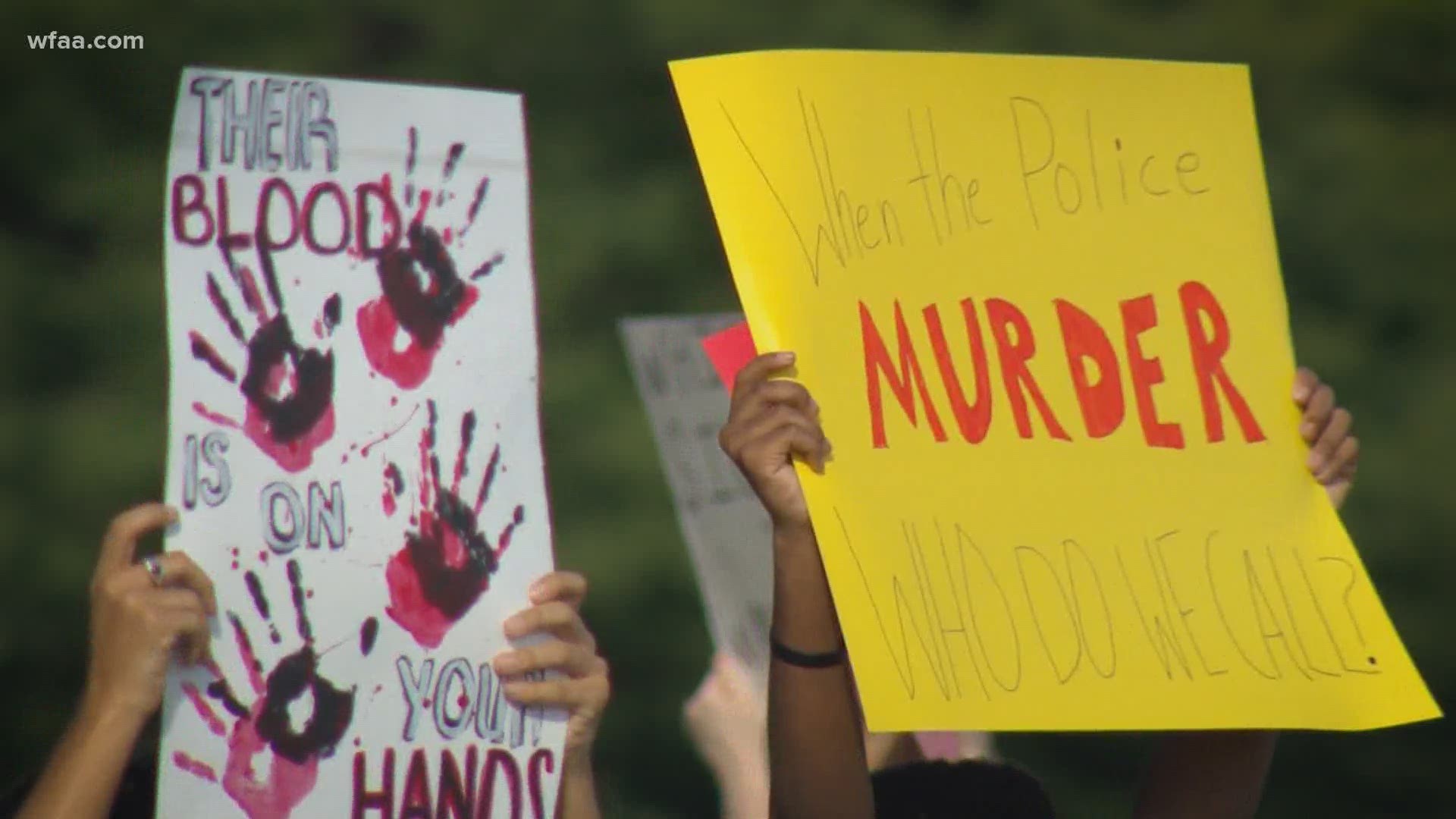 MCKINNEY, Texas — At a time when people are fighting to be heard, a large group of teens gathered outside McKinney police headquarters for a peaceful protest.

More than 200 teens and supporters joined the demonstration on Sunday. They held signs, marched and spent more than an hour and a half chanting and expressing their feelings about social justice and police brutality.

“No black person should have to live in fear. Ever!” James Thompson said.

Thompson and his friends with March for Our Lives Greater Dallas organized the rally. It’s one of the first student-led demonstrations in North Texas since the controversial arrest and death of George Floyd.

Floyd died after a Minneapolis police officer was seen on video digging his knee into Floyd’s neck while he was handcuffed, face down, and pleading for air.

"We need to be holding these police officers accountable. We need to hold these institutions that have some of the very origins against black people in this country," said Kashish Bastola.

Members of the group say their peaceful protest is a fight for systemic change.

"We’re the people who are going to be living in this world for the longest," organizer Sydney Brown explained. "So, we need to make sure that we are safe in the world that we feel comfortable living in and that we created ourselves.”

Some city leaders listened and said they’re supporting the youth.

"What happened was atrocious. Unconscionable. So, to have people stand up and peacefully express that, especially young people and students of all races, it’s impressive," Mayor George Fuller said.

Members of the group said they are optimistic and hopeful significant change could come one day soon.