'This is a very frustrating situation for everyone': Judge tours massive pile of raw shingles and believes company is making reasonable efforts to remove material 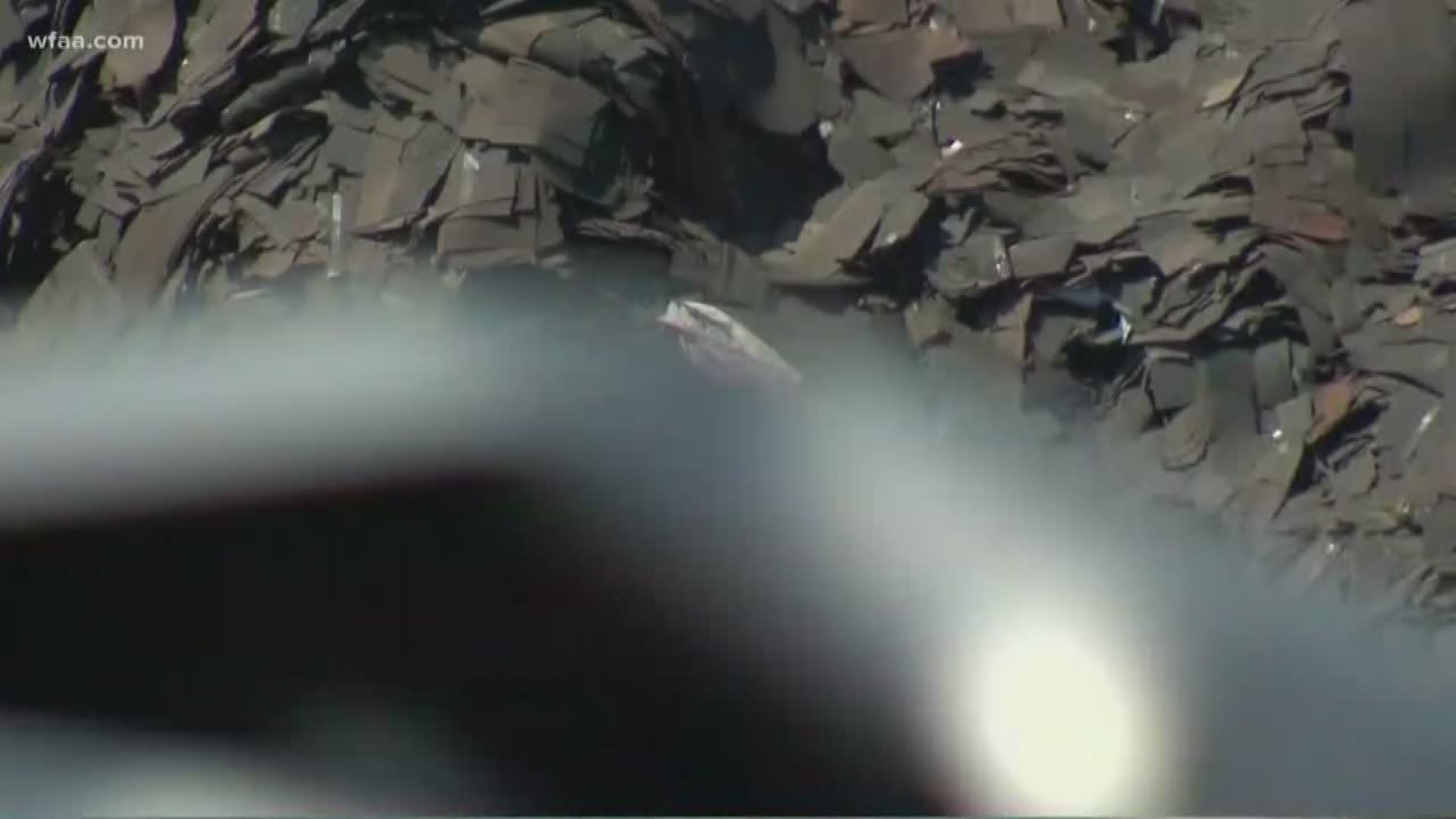 DALLAS — Neighbors living near Blue Star Recycling in southeast Dallas can expect more delays in the company’s efforts to remove large piles of raw shingles from its site.

Despite a temporary injunction issued by a court in April ordering the business to have the massive piles of shingles removed in 90 days, a judge determined the company is making reasonable efforts to have the material removed.

“I guess we don’t even matter,” neighbor Marsha Jackson said after a hearing requested by the City of Dallas on Tuesday.

Attorneys for the City of Dallas were asking the court to find Blue Star Recycling and its CEO in contempt of the temporary injunction for failing to remove the shingle piles by the timeline the judge initially imposed.

During the hearing Judge Gena Slaughter of the 191st District Court decided to give Blue Star Recycling additional time to remove the shingle piles from its site on South Central Expressway.

"This is a very frustrating situation for everyone, I think," Slaughter said.

Slaughter determined Blue Star Recycling was taking reasonable steps to remedy the issue, after taking an unusual first-hand tour of the environmental eyesore that’s become known as “Shingle Mountain.” During the judge’s hour-long inspection of the sites, she got a chance to fully see the scope of the problem at the core of both the City of Dallas and neighbors’ complaints.

After a court order to shut down operations, and despite delays in removing the shingle piles, Blue Star Recycling’s owner and CEO Carl Orrell has been able to convince the judge the company is trying. He said finding vendors to accept the raw material is tough.

”To this point, I haven’t found someone willing to get involved with it," Orrell said.

The CEO also told the court the recycling company is too broke to haul off the material.

”For Blue Star to actually run it off ourselves, the issue is, there is no money to pay for the trucking," Orrell said.

The court’s decision was disappointing for Marsha Jackson. The shingle piles tower over her home on Choate Drive.

“It’s like, they get a pat on the back. They came down here and junked this place up like that. Brought all of that hazardous material down there. We breathe it every day. Everyday! But what they do? They steady get extra time," Jackson said.

Jackson and her City Councilman, Tennell Atkins, said they will be discussing strategies moving forward.

The court expects a status update from Blue Star Recycling in 60 days. The judge set another hearing in four months.

That’s more time, neighbors say they have to deal with the nuisance.

“I am very, very disgusted," Jackson said. "I’m just tired. I mean, it’s like me, my neighbors, the kids there… does that even matter?”