Al Dawkins and his crew drove around in their mobile food van and handed out food to anyone who needed it. 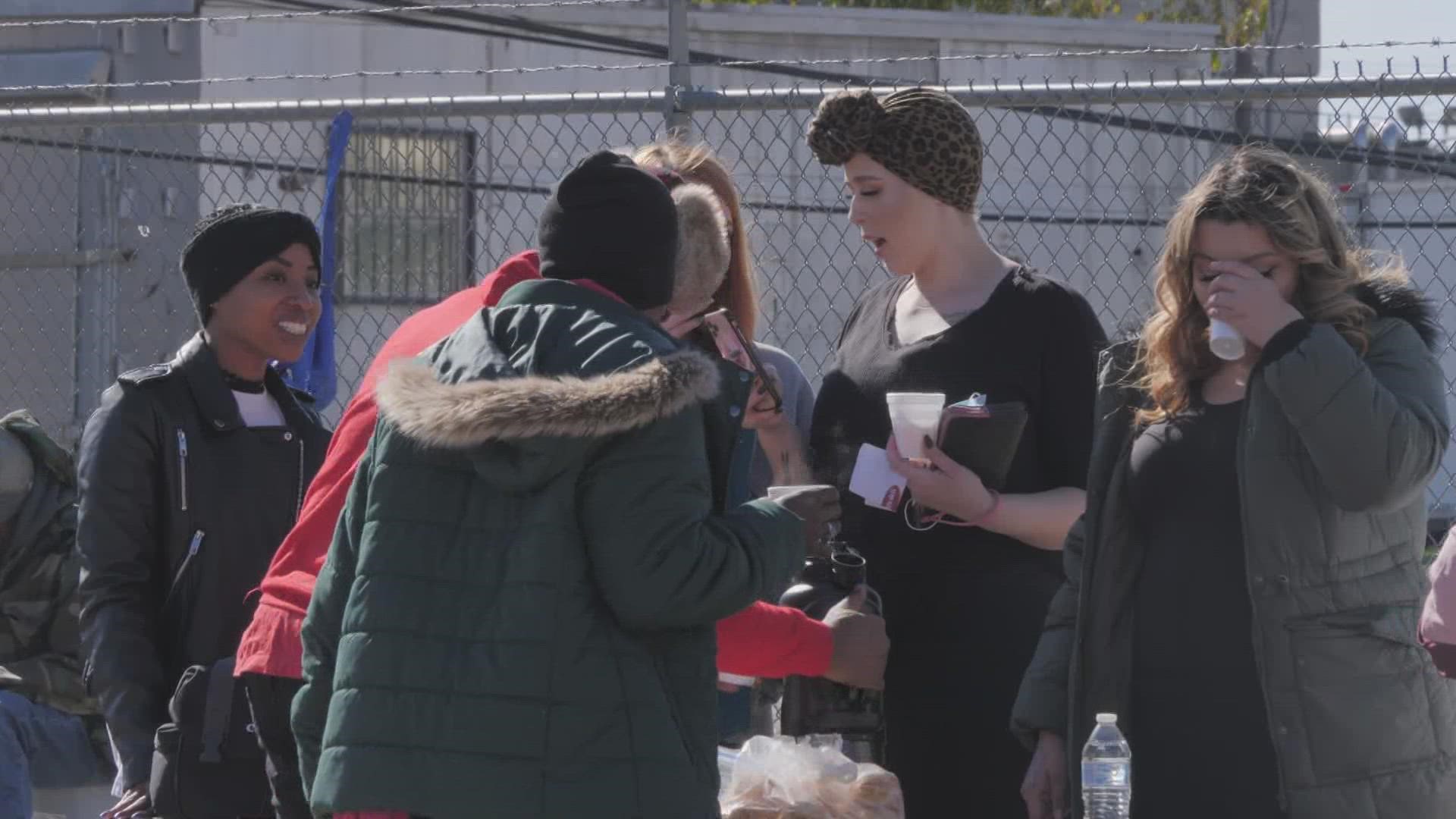 FORT WORTH, Texas — Across Tarrant County, many volunteers made it their mission to get food to people in need. With the help of a mobile food van, a certain group was able to feed hundreds on Thanksgiving Day.

On East Lancaster Avenue in Fort Worth, Al Dawkins from Faithfully Feeding Forgotten Families worked with volunteers Thursday afternoon and made it feel a little bit more like Thanksgiving for many.

“I wanted it to be like home, like family,” Dawkins said. “We had turkey, ham, stuffing, macaroni, everything you would have at home."

Dawkins and his crew drove around in their mobile food van and handed out food to anyone who needed it.

RELATED: Free Thanksgiving meals given to first responders and veterans

Dawkins said when he's able to give back on days like Thanksgiving, he thinks back about his past.

Andrea Wilson is a mom of two girls who showed up Thursday with her two daughters, opened up the back of her truck and started handing out care packages.

“Toothpaste, toothbrushes,” Wilson said. “If you take a little time to give out, or consider helping. It makes a difference for them."

“Everything happens for a reason," Dawkins said. "God works in mysterious ways."