Brooks claimed his Jan. 6 speech was simply part of his job as a congressman. The DOJ disagreed. 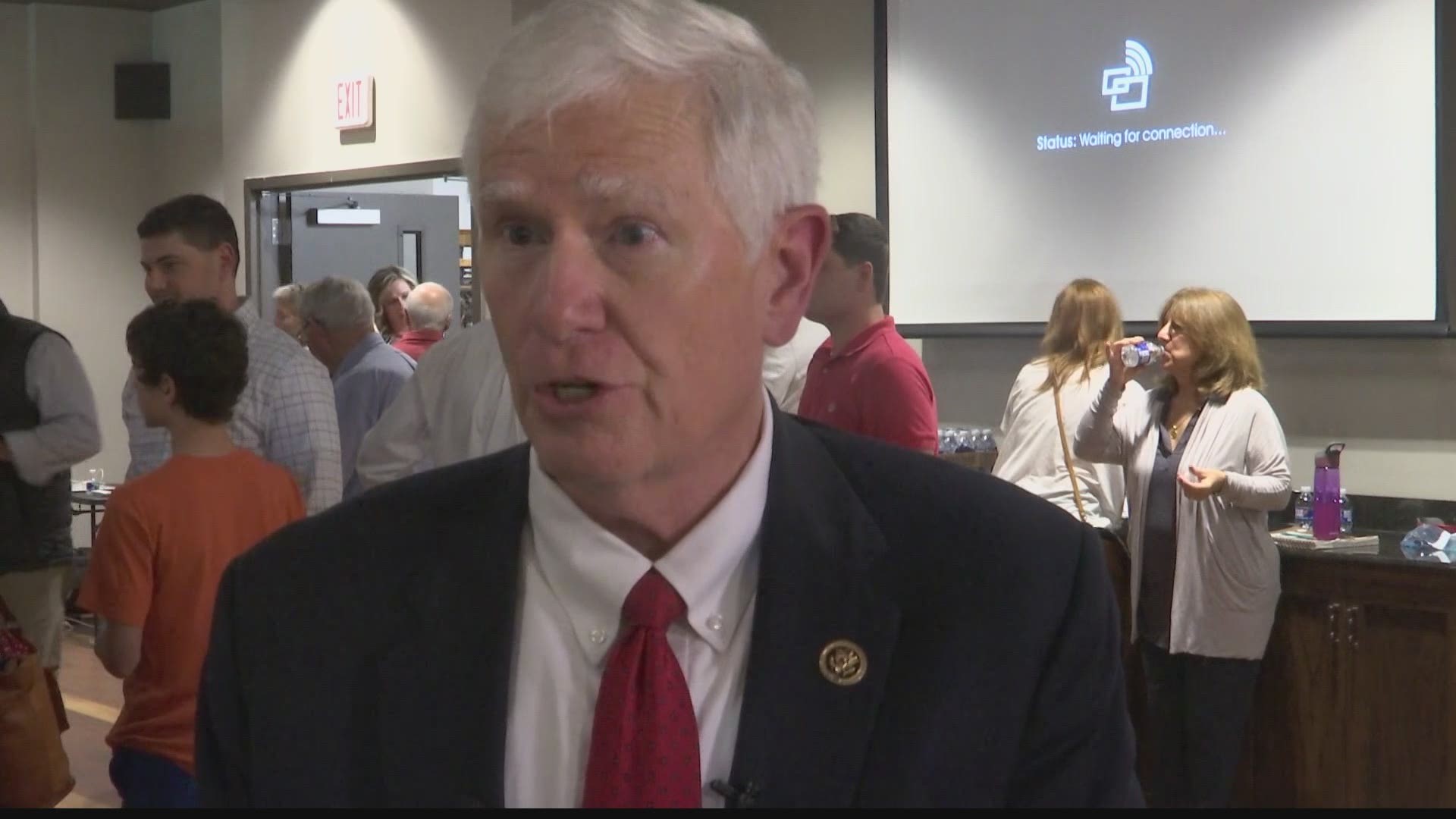 MONTGOMERY, Ala. — Editor's note: The attached video was published in March 2021, when Mo Brooks announced his candidacy for the US Senate.

The U.S. Department of Justice on Tuesday told Alabama congressman Mo Brooks that participating in an attempt to overthrow the United States is not part of his job description.

In a court filing as part of Rep. Eric Swalwell’s lawsuit against Brooks, former President Donald Trump and Rudolph Giuliani, the DOJ made clear that it felt Brooks’ defense — which in part stated that Brooks was performing his official duties as a congressman by giving a fiery speech in front of a crowd of Trump supporters — was not covered by federal law that shields lawmakers from legal action for performing their official duties.

Brooks’ legal team made the case that Brooks’ speech, in which he encouraged the crowd to start “kicking ass” and be willing to sacrifice their lives, was part of his duties as a congressman. As such, it would be covered by the Westfall Act.

Instead, the DOJ said it carefully reviewed the details of Brooks’ speech and the Trump rally and determined that the rally was “campaign related” and not part of Brooks job as a congressman.

“The conduct at issue here thus is not the kind a Member of Congress holds office to perform, or substantially within the authorized time and space limits, as required by governing law,” the filing read.

Earlier on Tuesday, the House Administration Committee also recommended to the DOJ that Brooks’ request for immunity under the Westfall Act be denied. The Committee’s report said Brooks had repeatedly failed to prove his actions were covered by the Act.

RELATED: Officers who defended US Capitol on Jan 6 testify before Congress

Brooks could still be granted immunity by federal Judge Amit Mehta, but doing so against the DOJ’s recommendation, and with the House Administration Committee’s determination on record, would be a surprise.

Swalwell, who was one of many lawmakers trapped in the House chamber when rioters broke into the Capitol Building on Jan. 6, filed a lawsuit against Brooks, Trump, Trump Jr., and Giuliani claiming emotional distress.

This story originally appeared in the Alabama Political Reporter.

IN OTHER NEWS: Rep. Mo Brooks announces candidacy for US Senate