"People were requesting friendship requests for her because they think it's her. We keep deleting them, but they keep coming," Ash said. 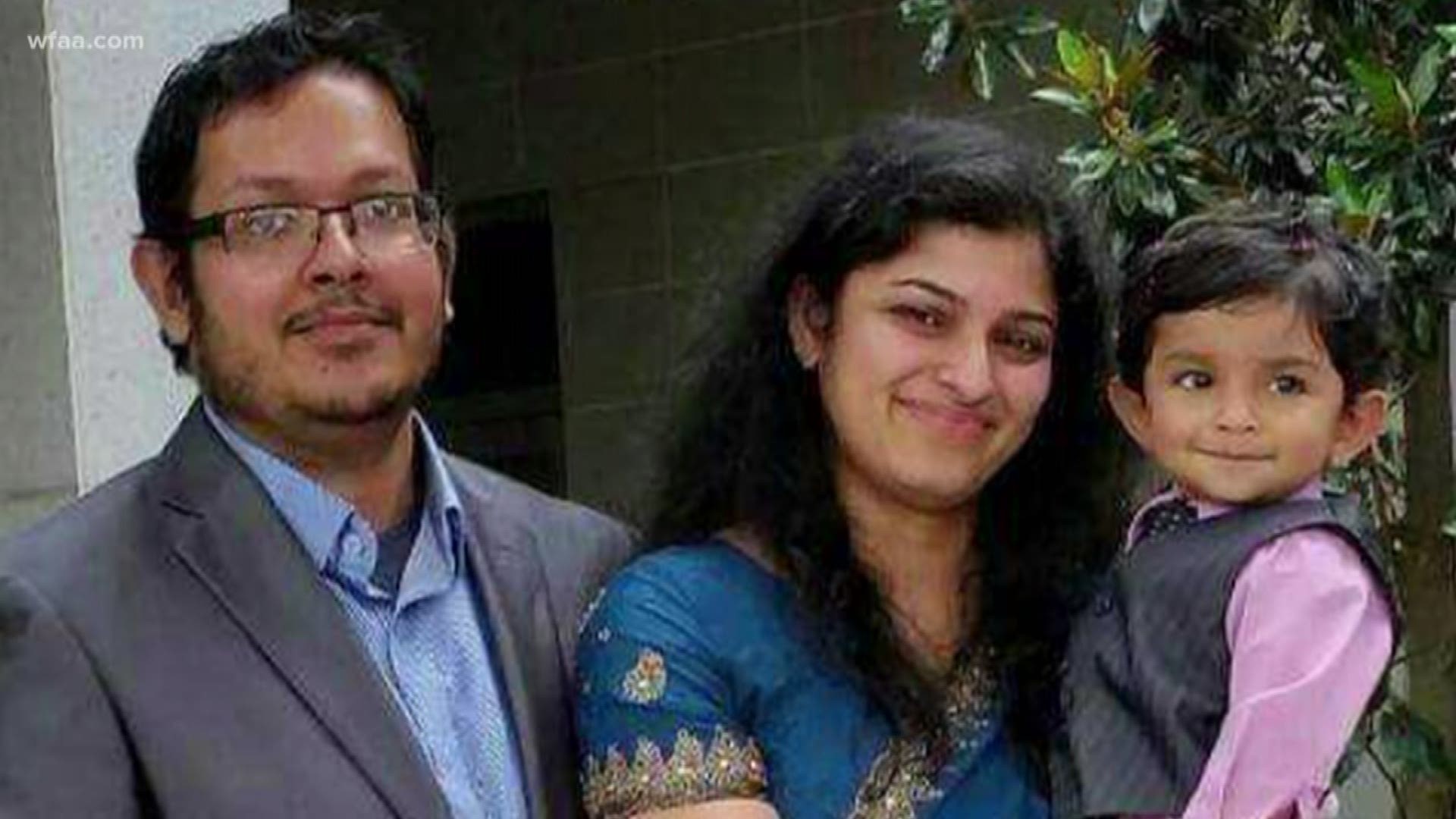 Sherin Mathews story has connected with so many people. The 3-year-old was found dead in a culvert in Richardson. Her father, Wesley Mathews, admitted to removing the child's body and faces a felony injury to a child charge.

But Ash Mathew's connection to this tragic story is a little different. Ash is married to a woman by the name of Sini Mathew. That name closely resembles that of Sini Mathews, who happens to be Sherin's mom.

"When they posted the picture, that was the worst part," Ash said.

On Thursday a picture of Ash's family was posted and later circulated. Ash talked with WFAA to set the record straight.

He says the social media messages and friend requests to his wife have been non-stop. Ash showed WFAA one message in Spanish that came from Venezuela. His wife had to change her privacy settings and her name on social media.

"People were requesting friendship requests for her because they think it's her. We keep deleting them, but they keep coming," Ash said. The post showing his family's picture is what really concerned him.

On the "Where is Sherin Mathews?" Facebook page a warning was put out to not confuse these two families. The last name Mathew or Mathews are very common names in southern India. The last names take after Jesus' disciples and were given to Indians after Christianity was introduced in the predominantly Hindu county.

The requests and messages keeping and so do the questions.

"Why are you staying quiet? Why are we not saying anything? How can that man do that?" Ash recounted.

These are questions they certainly do not have answers to. Ash is simply asking that people need to be more responsible in what they post.