MISSING: Do you know this wedding dress? The NTTA wants to return it to you

A roadside safety employee came across a box with a wedding dress inside on the southbound side of the Dallas North Tollway late Friday night. 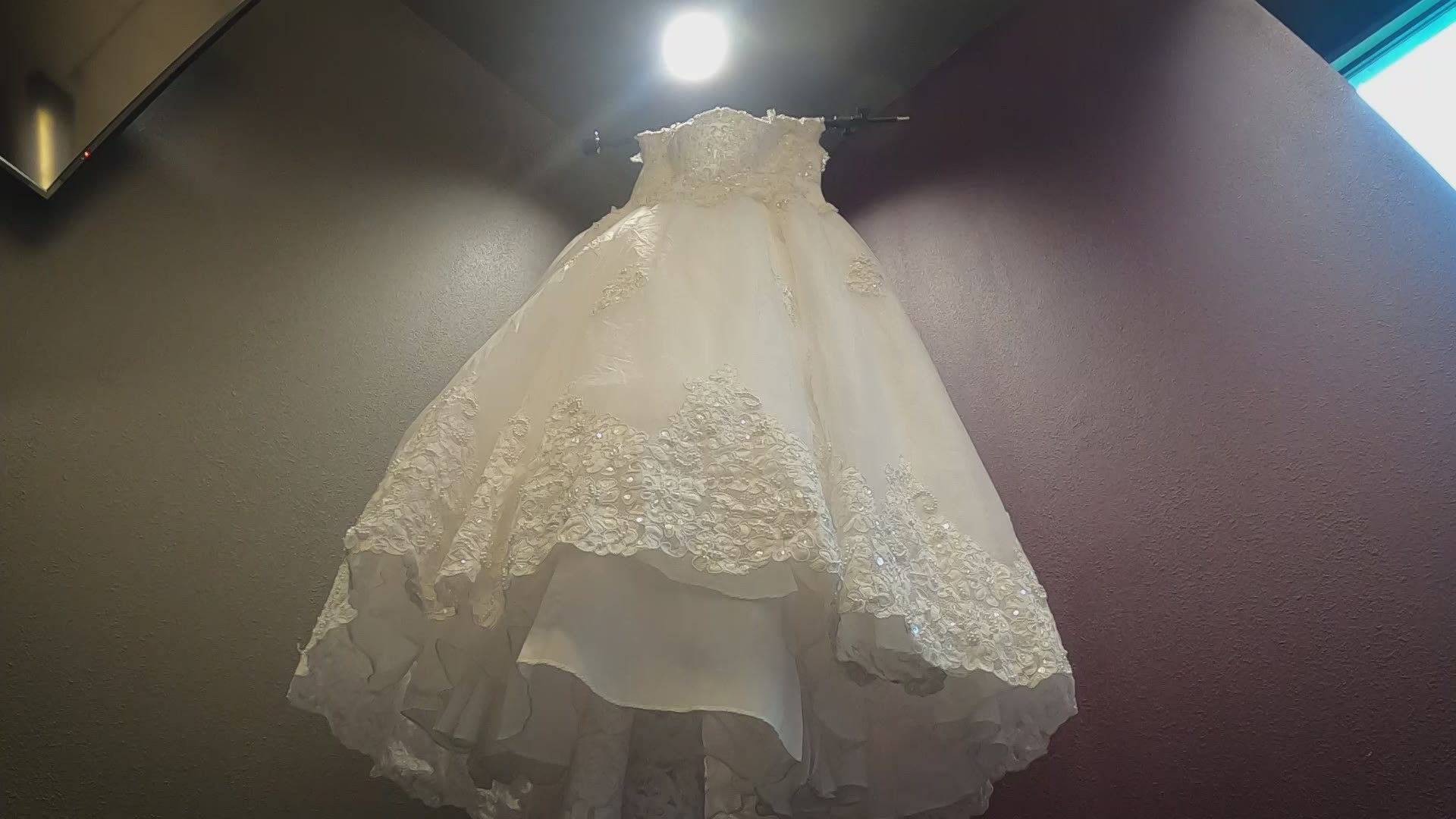 Now the NTTA is trying to find out who it belongs to and return it.

A roadside safety employee came across the box with the wedding dress inside on the southbound side of the Dallas North Tollway near Gaylord Parkway - sort of near the Ikea - late Friday night. The driver would have presumably been driving south, they said.

On Tuesday afternoon, the NTTA posted a photo of the wedding dress to Facebook with this message:

"We need your help! Did you lose your wedding dress on DNT in Frisco? If this is your dress, or you know who it belongs to, reach out to us at TalkToNTTA@ntta.org."

As of Wednesday afternoon, it had been shared more than a thousand times.

Later Tuesday night, however, the NTTA commented below the photo, saying that many people had told them it was their dress without being able to accurately describe the dress in detail.

We need your help! Did you lose your wedding dress on DNT in Frisco? If this is your dress, or you know who it belongs to, reach out to us at TalkToNTTA@ntta.org.

The dress was "very well-preserved" and "dry-cleaned," according to NTTA medial relations spokesperson Michael Rey.

Rey said he and his team believe the dress means a lot to whoever owns it, based on the marking on the box and how it has been preserved.

"Even though it’s boxed, to be in relatively good shape, you have to wonder how it got to be there. That is the mystery," Rey said. "wish we had a better idea. I wish we had video. But we don’t have any of that. We’re just sending it out to the public."

This isn't the first time the NTTA has came across a wedding dress on the side of the road. A couple of years ago, Rey said the NTTA found a wedding dress in a similar situation and eventually reunited it with the owner.

Rey also said his team has found all types of items that include class rings, luggage and even heavy appliances.

NTTA employees on average pick up more than 12,000 pieces of debris any given year.