Due to that nationwide bus driver shortage, the district says they will reimburse parents who drive their children to school. 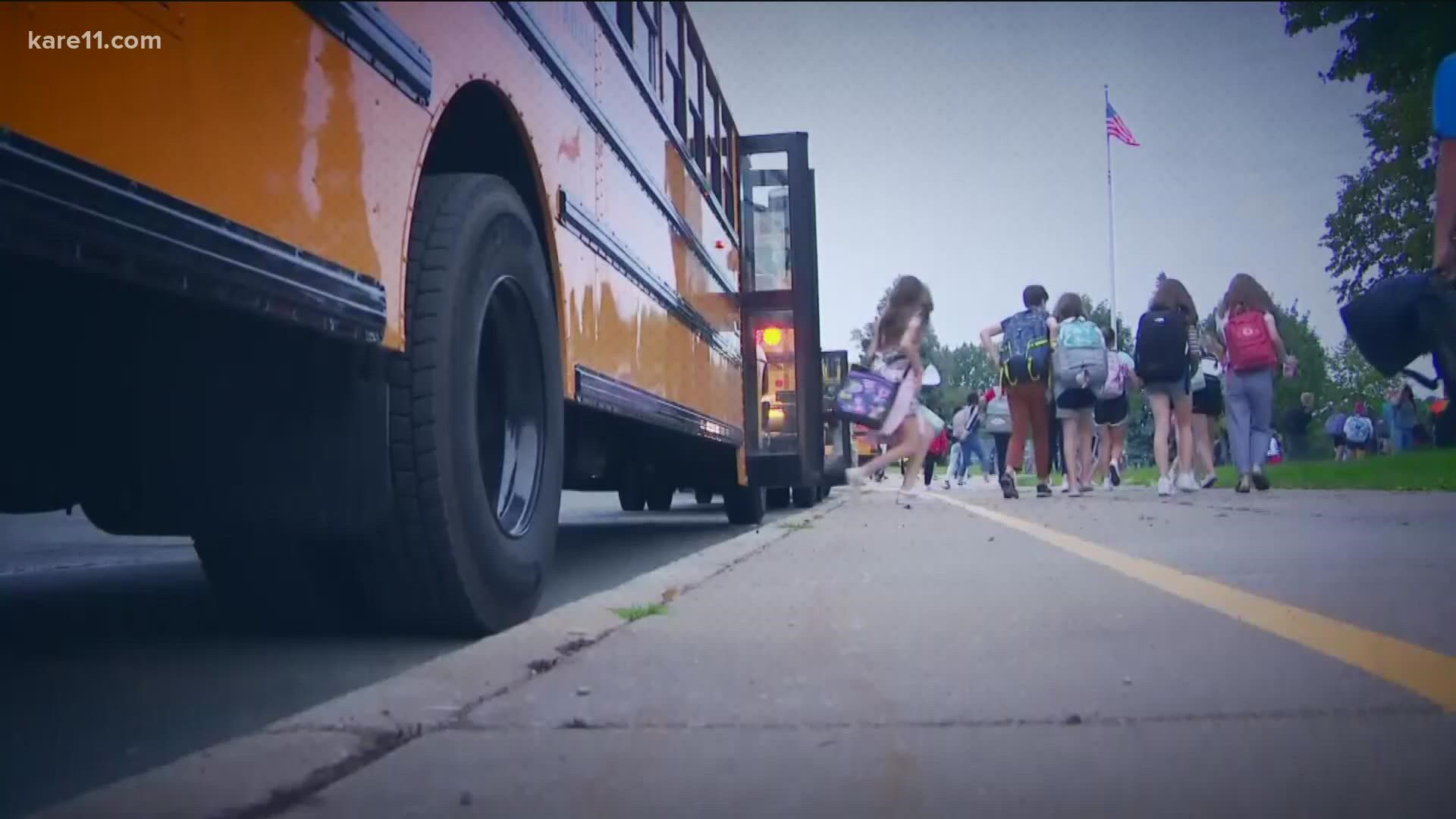 "Today, I started this morning at 7 a.m. and I've just been making my way to different high schools," said Graff.

Minneapolis Public Schools is one of many districts nationwide feeling the effects of a bus driver shortage. The district says there are drivers in training, but right now they still need 50 drivers.

"We're looking at the number of contractors," he said. "We've notified parents, making them aware and followed back up if they did have shortage of drivers today," said Graff.

Due to that nationwide bus driver shortage, the district says they will reimburse parents who drive their children to school.

While some parents say their bus service arrived on time this morning, others, say things didn't go quite as planned.

"My oldest son is autistic, and he goes to Southwest High School," said Michael Hughes, who has two students in the MPS system. "Because we live in Northeast Minneapolis and he goes all the way to south Minneapolis, we are already pressed for time and they never showed up."

As superintendent Graff reassures parents that the district will continue to be proactive, offering incentives for drivers and reaching out to parents affected today.

Some parents like Hughes are hoping things improve soon. "If I had to take off from work I could be in a lot of trouble."

MPS says they are verifying address changes for students and providing incentives to hire new drivers.