After Saturday night's shooting, DISD added to its security plan, requiring everyone to go through metal detectors or be scanned by a wand at every venue. 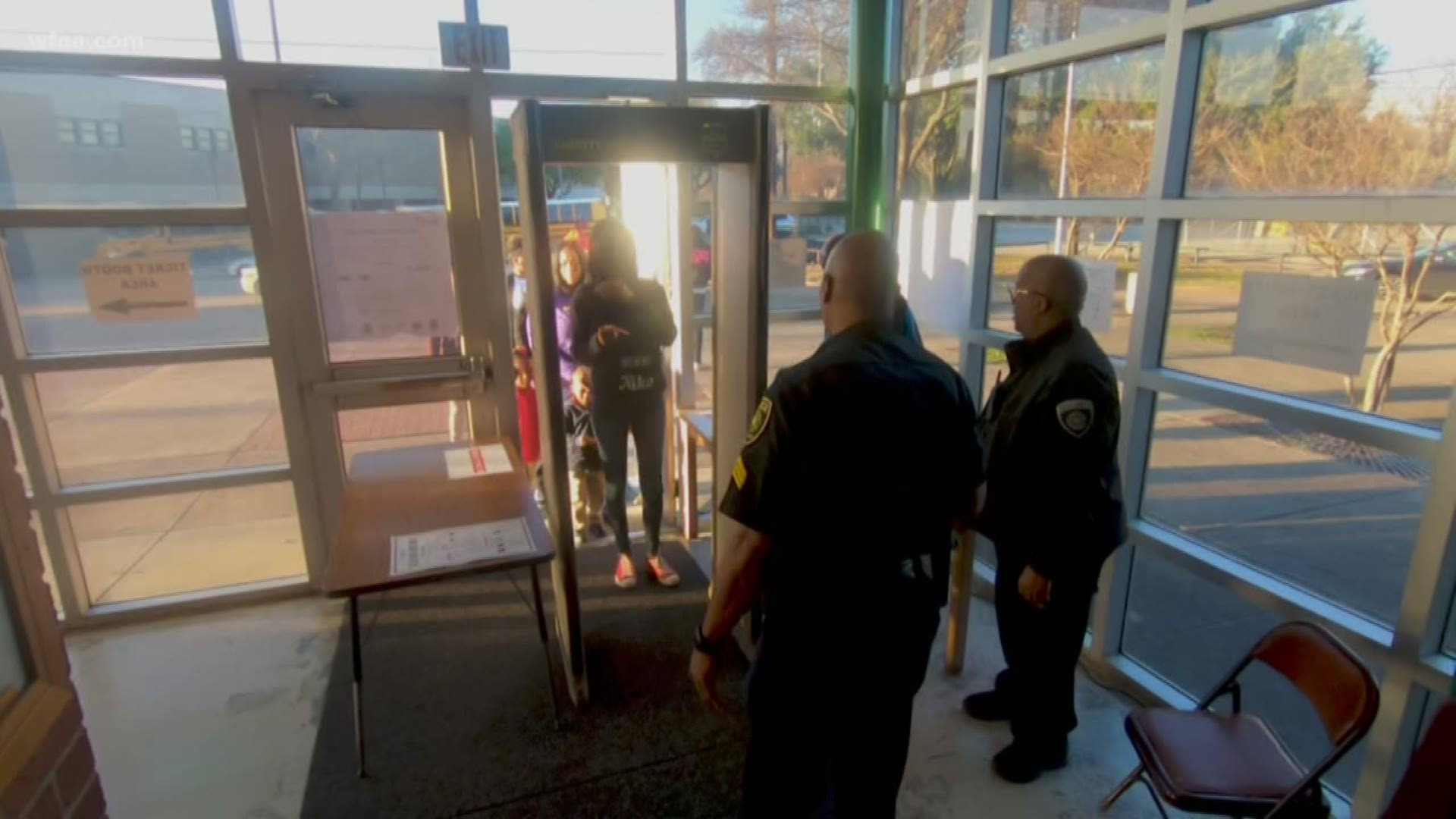 DALLAS — It was another reminder that no place is safe. Saturday night's shooting at a Dallas Independent School District basketball game gravely hurt one teen and scared hundreds of families whose loved ones we watched run for their lives.

"I was terrified because – my son – I decided to let him go to that game," said Barbara Lewis. "He was one that ran to the locker room."

Tuesday, her son Devin was on the court himself at PC Cobb Athletic Center in Dallas, but she was met with new rules at the front door.

After the shooting, DISD added to its security plan, requiring everyone to go through metal detectors or be scanned by a wand at every venue.

This week, fans must leave bags, purses or backpacks at home. The district will start enforcing a clear bag policy next week.

"It was like the airport, but I’m appreciative because I think all of those things should have been in place initially," said Lewis. "Our kids get a hold of guns and they don’t think. They don’t understand the consequences."

Consequences like the loss of young lives. Dallas Police Chief Renee Hall spoke about that Tuesday an interview with the man behind Smash da Topic, a Facebook account posting breaking news and more.

"We don’t want to lose our children in the City of Dallas to gun violence and we’re working very hard," Hall said.

"Our crime plan is going to saturate some of these streets with Dallas Police, federal police, state police and we’re going to prevent that with everything we have," she said.

The increased security by DISD is its own step toward prevention, making players and families feel more protected.

"I’m praying still that the young man [hurt Saturday] is ok and we don’t have to worry about this again," said Lewis.