"It would be breach of contract, plain and simple. So they are pulling the rug out from under the whole agreement." 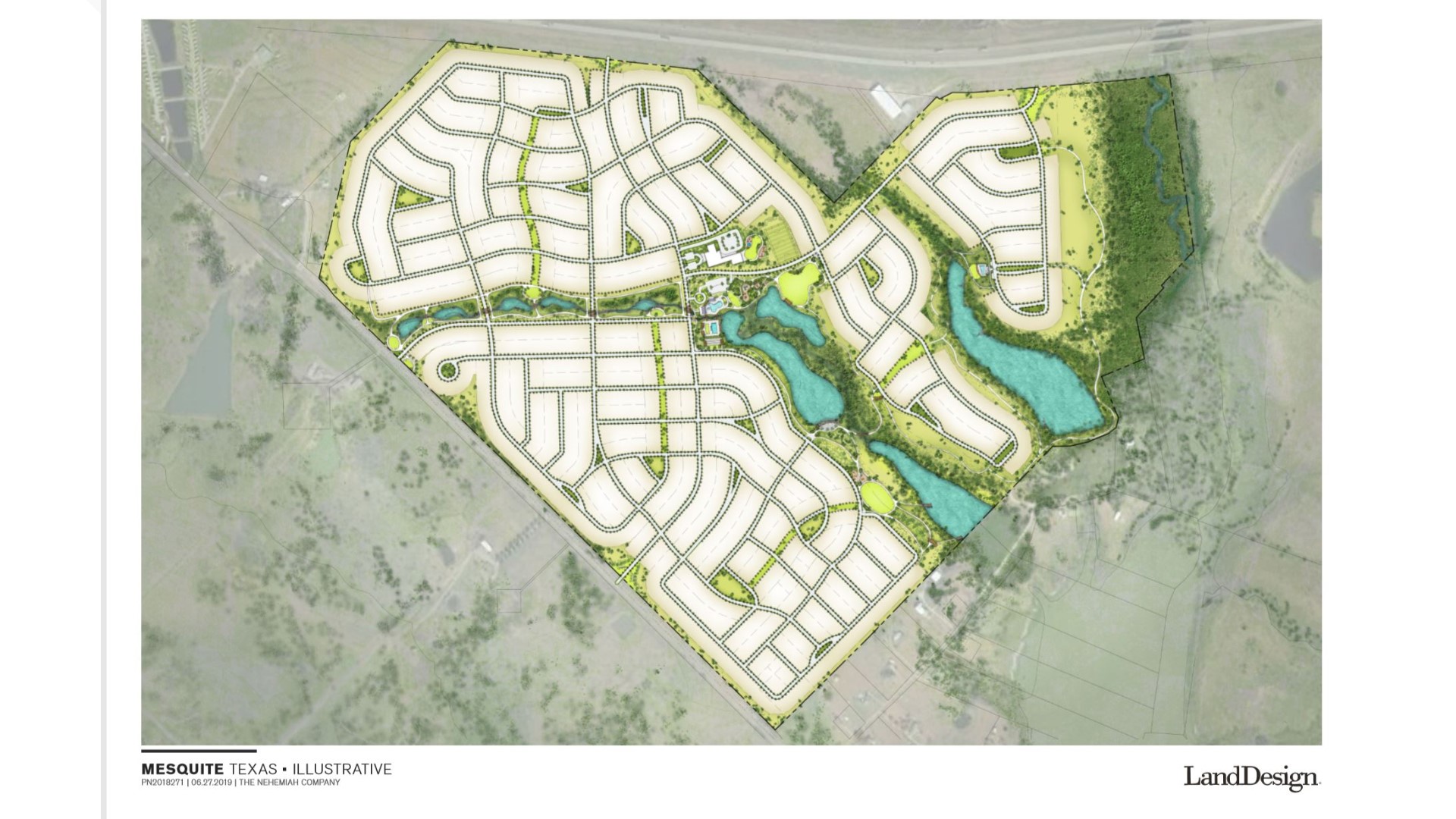 The newly elected Mesquite City Council is expected to discuss, and perhaps vote to alter, an agreement made by the previous council with an Arlington development company for a multi-million dollar housing development in Kaufman County.

Spradley Farms, a 622-acre mixed-use development with more than 2,500 single-family homes and 200 acres of open space, is to be located near Interstate 20 and Farm to Market Road 2757 in Kaufman County. The project is being led by The Nehemiah Co. out of Arlington.

"We started visiting with the city council about 2018," said John Jordan, senior project manager for The Nehemiah Company.

Last year, in a 4-3 vote by the Mesquite City Council, The Nehemiah Group got the go-ahead for a financing plan to put the project in motion.

But this week, newly elected Mayor Bruce Archer posted on social media his displeasure with the agreement, calling it "not financially healthy for the taxpayers of Mesquite." And he said that at Monday's council meeting "we will be acting on revoking the Spradley Farms agreement."

"We have a lot of speculation as to why," Jordan said, alluding to a different financing model used by a competing development company on a nearby project. Jordan says a member of the city council also has direct connections with that development company.

"My concern is that we're really not getting the full story as to why there is this all of a sudden opposition to this project and this financing plan," said former Mesquite City Councilman Greg Noschese, who voted for the original agreement.

The Nehemiah Group has already sent Mayor Archer a letter telling him that a new city council changing what the old council agreed to would be a breach of contract.

"Both of those are pillars of the agreement that we have already reached with the city," Jordan said of the resolutions expected to be discussed at the city council meeting Monday night. "So they are pulling the rug out from under the whole agreement."

A message was left with the mayor and his staff Monday, but the mayor was not available for a response prior to tonight’s City Council meeting. The meeting, where the turf battle over a very big part of the future of Mesquite will be discussed, began at 7 p.m.