"It takes the whole community to deal with this because everybody needs to understand," said Jacques Pinke about policing and mental health. 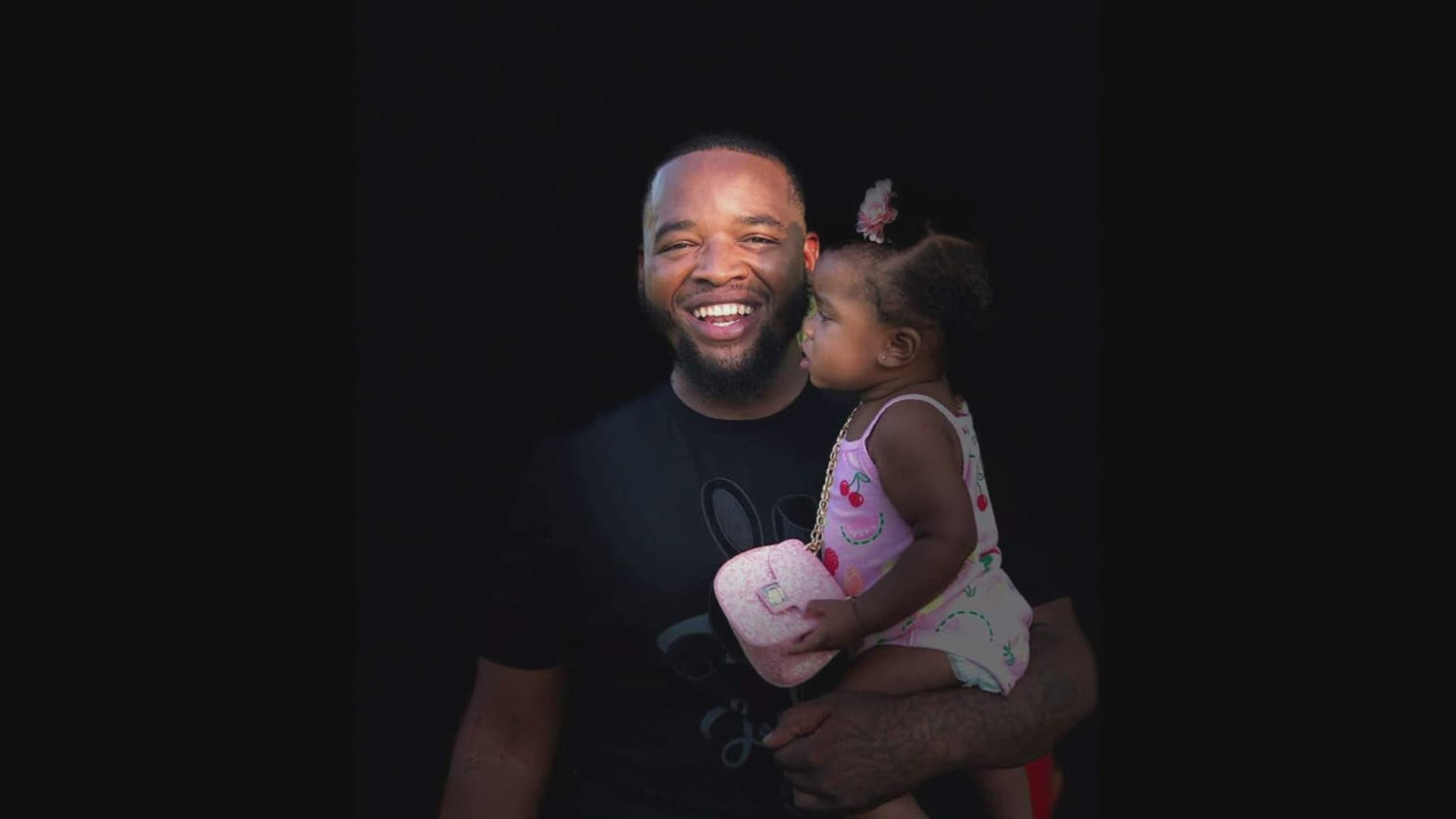 More than three dozen people showed up to New Hope Baptist Church in Mesquite on Tuesday night. They were prepared to have very difficult conversations about policing in their community. The town hall was brought together by the Mesquite NAACP President Henry Brown and what sparked it was a recent and local case involving the shooting death of Ashton Pinke. Also in attendance was Ashton's father, Jacques Pinke, who drove two hours from Kilgore.

"I couldn't miss this. That's my son, that was my son," said Pinke.

In early May, Ashton Pinke was shot and killed by Mesquite police officers responding to a 911 hang-up call. When officers arrived at the complex on the 5800 block of Northwest Drive, body camera video from one of the responding officers showed Pinke answer the door to the officer and close the door.

The officers continued knocking, and, eventually, a woman believed to be the victim came outside with a child. She told officers that Pinke assaulted her and that he had a knife. Mesquite police tell WFAA that Pinke was carrying both a club and a knife. Officers fired several shots as bodycam video shows Pinke emerge from around a corner.

In a May press conference, the Mesquite Police Department justified its actions by saying officers would not resort to less-lethal force when the "suspect was wielding two deadly weapons."

Brown told WFAA that the town hall was not about going over what happened to Ashton Pinke in detail. It is about the conversations that arise from this happening in the community.

"We think we should have some say-so in how we are being policed," Brown said.

The family told WFAA Pinke was bipolar and schizophrenic and this call should have been treated differently.

Police said they had responded to the apartments on multiple occasions for domestic violence-related issues.

"Ashton Pinke was not a stranger to the city of Mesquite. They had been dealing with him time and time again," Brown said.

Also in attendance at the town hall was the Pinke family's attorney, Justin Moore. He said the family has been denied any evidence or documentation surrounding their son's death.

In a statement, Moore wrote:

"The City Attorney's Office has chosen to flatly deny releasing any documents due to an 'ongoing investigation.' Mr. Pinke requests clarity on what exactly Mesquite PD is investigating...he further requests for Mesquite PD to release documents relating to them, out of an interest of transparency."

Brown said Tuesday's town hall is about solutions. He said the City was invited, too, and the two parties had worked for weeks on ironing out any details before the scheduled townhall.

Prior to this, the NAACP had sent a letter to the City of Mesquite with a list of demands following the shooting death. The list starts with the firing of the two officers who responded to the scene. The NAACP also called for increased mental health and diversity training and policies that involve non-lethal force.

"We get right up to the day of the town hall meeting, they said 'We can't come.' To me, it's disappointing," Brown said.

The city of Mesquite released the following statement:

"The City initially reached out to the NAACP and other community leaders to discuss this letter, but the meeting invitation was not accepted. When approached about the June 4, 2021 Town Hall Meeting, the City actively worked with the NAACP to develop a format that the City could participate in, without impacting the active investigation that is still underway regarding the May 4 shooting. Unfortunately, the City and NAACP could not reach an agreement on a format and due to the ongoing investigation and potential litigation in this matter, the City will not comment on the matter at this time or publicly respond to questions about policies that might impact the fairness of the investigation."

Jacques Pinke told WFAA his son was struggling with his mental health. But he also feels there are opportunities for a solution so that this incident doesn't happen to another family.

"It takes the whole community to deal with this, because everybody needs to understand," he said.