Blount was part of a strike team that left from North Texas on August 22. They left for California to fight one of the worst fires the state has ever seen. 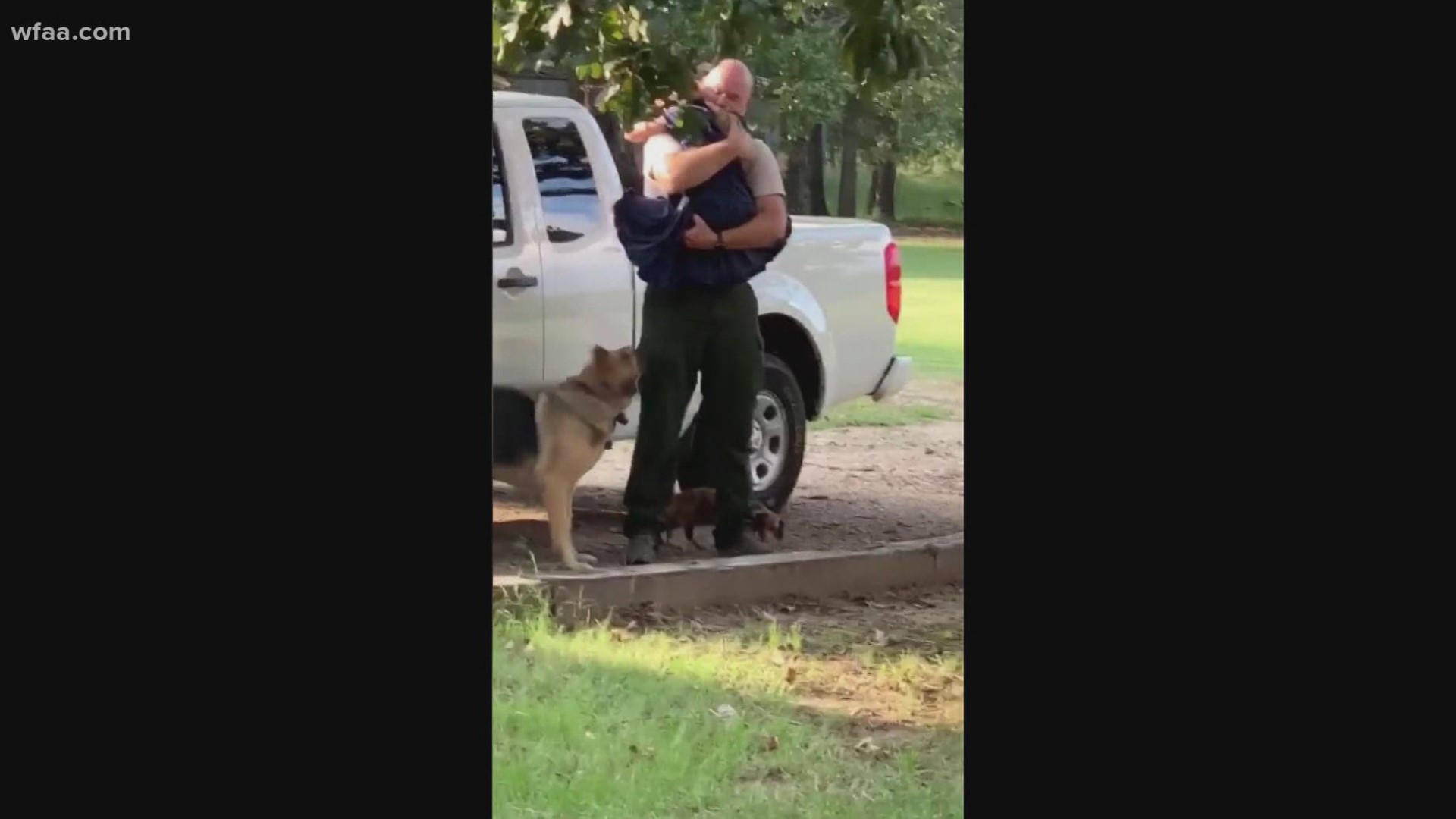 MCKINNEY, Texas — Quincy Blount has been on a number of mobilizations before as a McKinney firefighter. His latest trip took the 20-year veteran firefighter to northern California.

Informing the family of his next trip is not always the easiest conversation. His daughter Adley, 7, asks the same questions every time her father has to leave: Where are you going? When will you be back?

"I think she understands why I do what I do. It's us helping others," said Blount.

Blount was part of a strike team that left from North Texas to California on Aug. 22. They helped local firefighters fight one of the worst fires California has ever seen. At least 33 people have died and ore than 3 million acres have burned because of the fires.

"We had flashlights going just so that we could see. Daytime was night time out there," Blount said. referring to the smoke that created an orange haze over everything.

On Monday, Blount returned home to an eager wife and two children. A video captured by the family shows Adley running to her father and jumping up and hugging him.

"I was going to run out and give him a huge hug and not let go," said Adley.

Blount said that hug could have lasted forever. Adley knows there will be more mobilizations in the future.

It is a sacrifice that Blount wanted to make to help California firefighters. He said he knows that firefighters from California would have done the same for him.

"It's so hard to be gone from him for so long without getting to see him, hug him, and snuggle," said Adley.

Blount will have a few days to rest now that he is home. He said there is a chance he returns to California in the near future to fight the fires.