She’s the 5-year-old in the red cape who’s living out the true meaning of that old saying: “When life gives you lemons, make lemonade.” 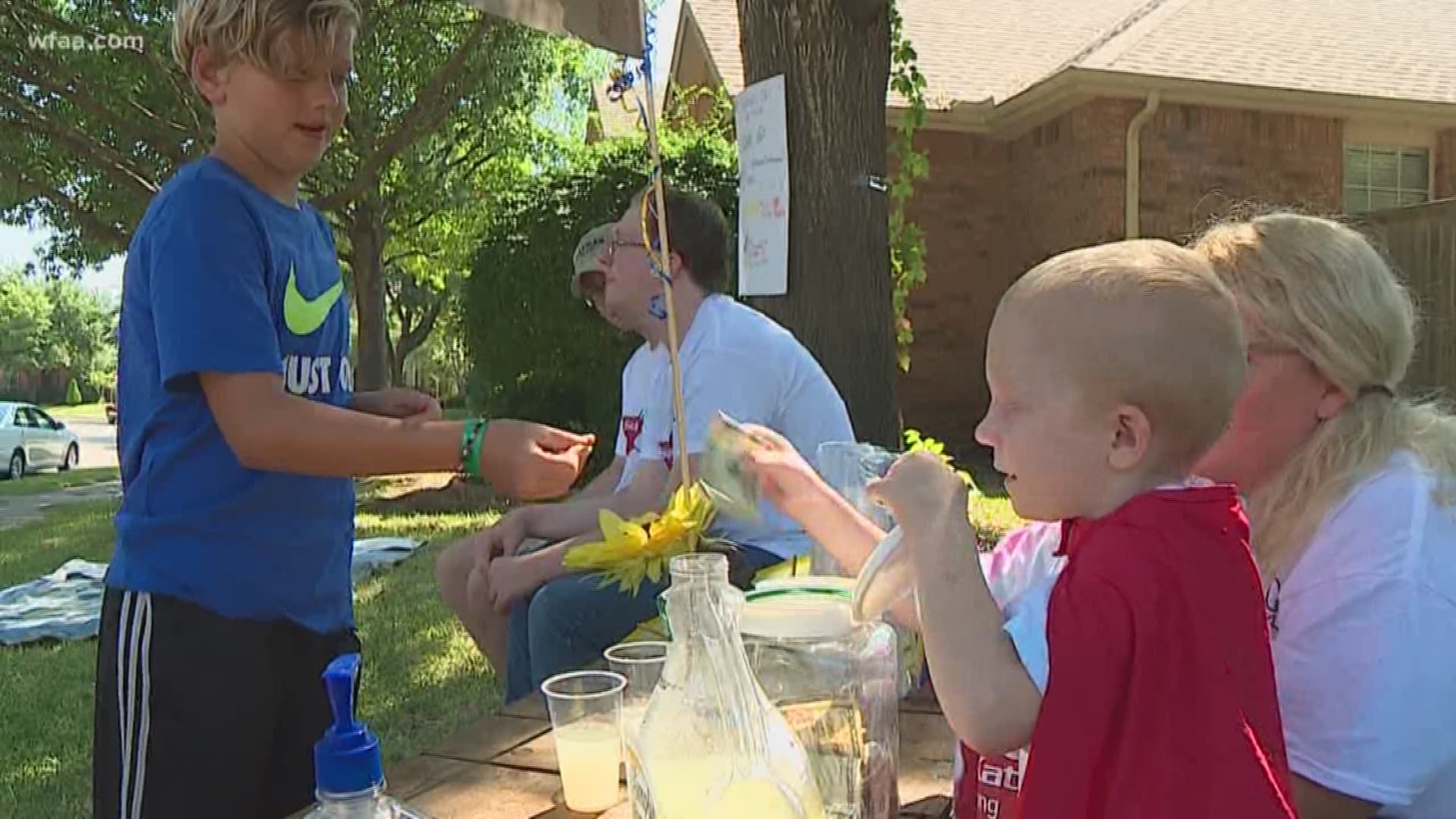 MCKINNEY, Texas — She’s the 5-year-old in the red cape who’s living out the true meaning of that old saying: “When life gives you lemons, make lemonade.”

She is Super Katy, a little girl who’s been running the lemonade stand outside her family’s estate sale at their home on Cheverny Drive in McKinney this weekend.

The stand was Katy’s idea.

She wanted to pitch in to help her parents raise money for her medical treatments.

"Katy was diagnosed with NF, which is neurofibromatosis," Katy's mother Rebecca Drekmann said.

Neurofibromatosis is a genetic disorder that causes tumors to form in organs including the brain, spinal cord, nerves and skin.

Drekmann says medical treatments are costly, and it’s partly why the family’s downsizing and selling everything and moving to a smaller place.

“So this is our estate sale," Drekmann said. "[We’re] selling everything that’s left. We’ve pretty much sold everything at this point.”

But at some point Friday morning, something went wrong.

"We were distracted by a few people, and before we knew it, after everybody left we looked over and Katy’s little jar that she was collecting her money in was completely empty," Drekmann said.

"I just couldn’t get over the fact that someone stole money from a little girl battling cancer," neighbor Nick Ernest said.

Neighbors like Ernest heard about the crime on social media and began rallying to do something.

"I believe it’s my duty to spread love in any way I can, shape or form," Ernest said. "If I can show Katy some love by helping her out, then I’ll do it.”

Word spread quickly, urging folks to show up and support the Drekmann family — but most of all, to support Super Katy.

A small superhero helping her community turn one sour act into a sweet situation, Drekmann said:

"Even though there was this one act of, you know, evil or bad, it turned out that it was a thousand acts of kindness that followed it. So, it wound up being a good thing."