The incident happened just after 7:30 p.m. at 9010 Galewood Drive or the Galewood Garden Apartments, according to Austin police. 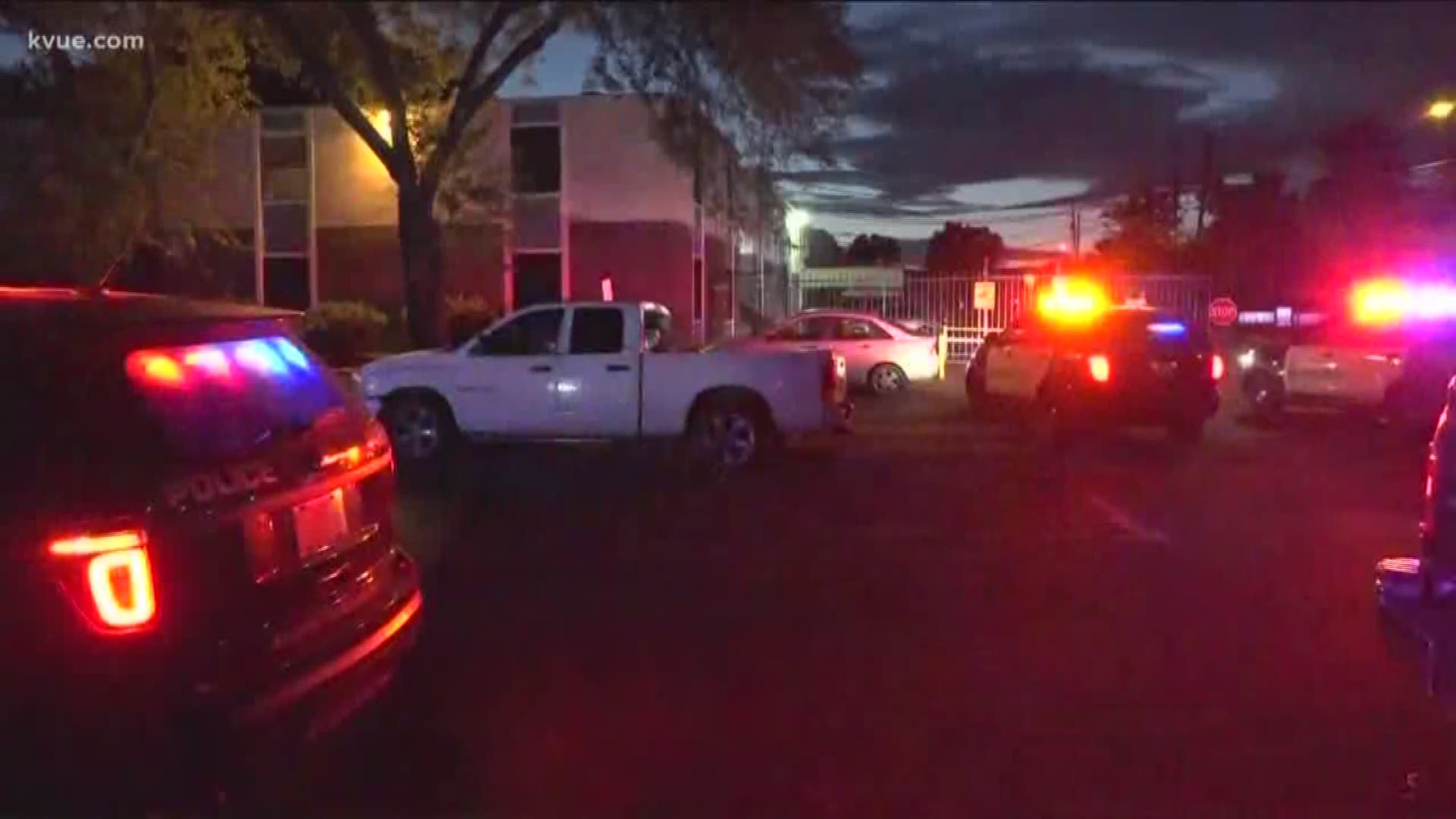 AUSTIN, Texas — The man who died after a shooting in North Austin on Tuesday evening has been identified and the suspect has been arrested. Police said the shooting was all captured on surveillance video.

The incident happened just after 7:30 p.m. at 9010 Galewood Drive, the Galewood Garden Apartments, according to Austin police. Officers were dispatched to a shots fired call.

The victim was taken to Dell Seton Medical Center with critical, life-threatening injuries from a gunshot wound, according to Austin-Travis County EMS. He later succumbed to his injuries, Austin police said.

Wednesday afternoon police identified the victim as 45-year-old Antwan Danell Riddle. Officer Bynum said that Riddle did not live at the complex.

Police said after interviewing witnesses, a suspect was developed and located in a nearby apartment. Police identified the suspect as Albert Ellsworth Hardy, 29.

According to an affidavit obtained by KVUE, the shooting was captured on the apartment complex's surveillance video. The video shows Hardy shooting Riddle with a handgun he hid in his waistband, police said. The video also showed witnesses to the shooting, the affidavit said.

Hardy has been booked into the Travis County Jail and charged with murder. His bond is set at $500,000. According to online records, he is still in police custody as of Thursday morning.

Police, EMS and fire crews responded to the incident. Drivers were asked to avoid the area while investigations continue.

Detectives are asking anyone with video or information about this incident to call Crime Stoppers at 512-472-TIPS or text "Tip 103" your message to CRIMES or use the new Crime Stoppers App or email APD Homicide at homicide.apd@austintexas.gov. You may remain anonymous.You can also submit tips by downloading APD’s mobile app, Austin PD, free on iPhone and Android.