Man dies after jumping from building to escape Fort Worth fire, officials say

A total of 33 people were also displaced by the fire, officials said. 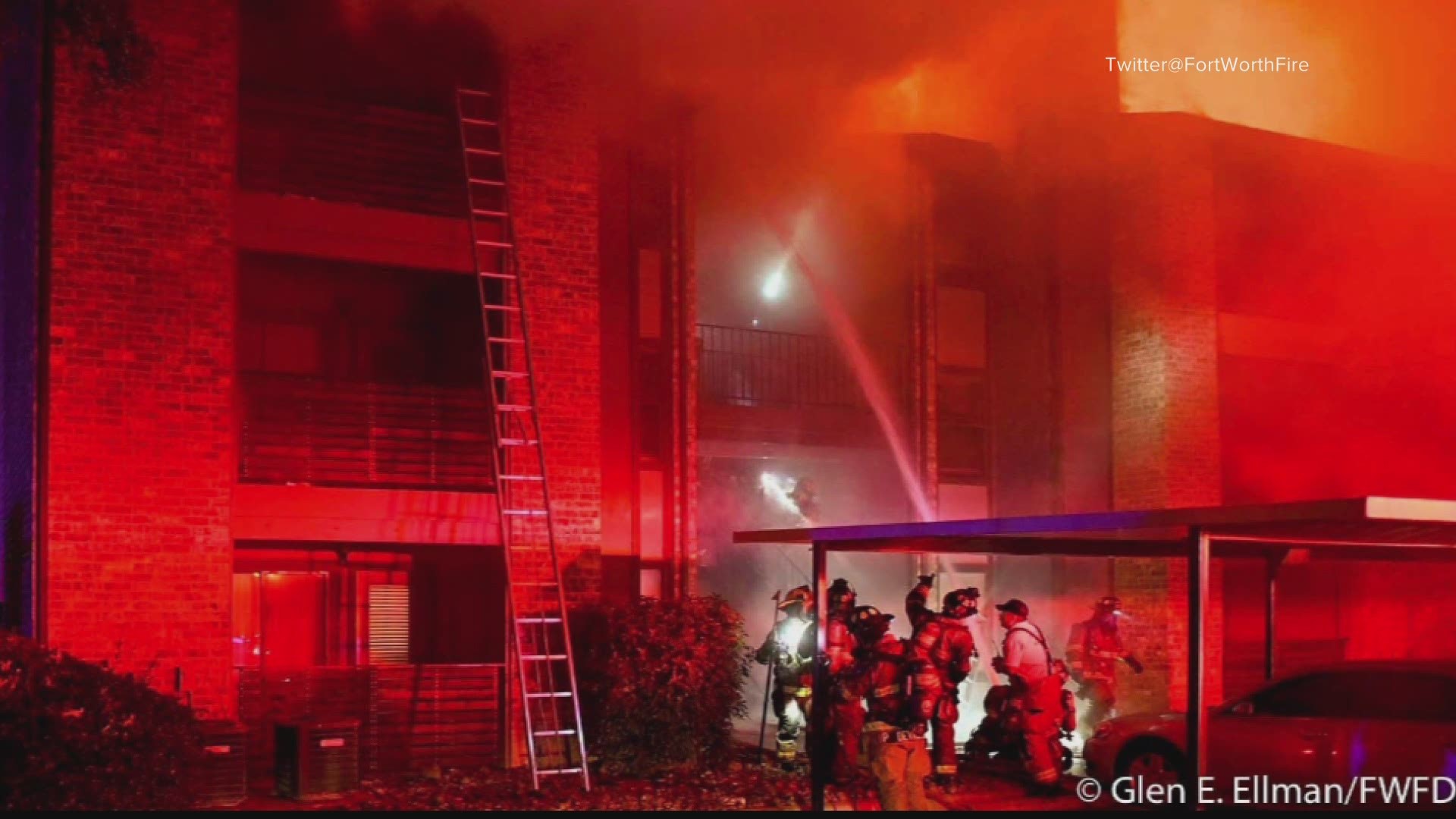 A man died Monday night after he jumped from a building to escape a fire in Fort Worth, officials told WFAA.

Fire crews responded around 7 p.m. to an apartment fire on the 6400 block of Wildwood Circle North. When they arrived, they found a man who had jumped from a third-story apartment, a lieutenant at the scene told WFAA.

Crews began to treat him and he was taken to a local hospital in critical condition, but he did not survive, officials said.

As crews began to fight the fire, they could see flames and smoke coming from all floors of the 3-story apartment building, according to authorities. They worked to put out the fire using an aerial water supply after the building's roof had partially collapsed, and it took 65 firefighters with 30 units around an hour and 15 minutes to put the fire out.

A total of 33 people were displaced by the fire, and the Red Cross was helping them find shelter, officials said.

Investigators said they are looking into the cause of the fire.