'LMPD will not dictate how we demand justice': protesters respond to new restrictions

LMPD is enforcing changes to the way people can protest in Louisville. 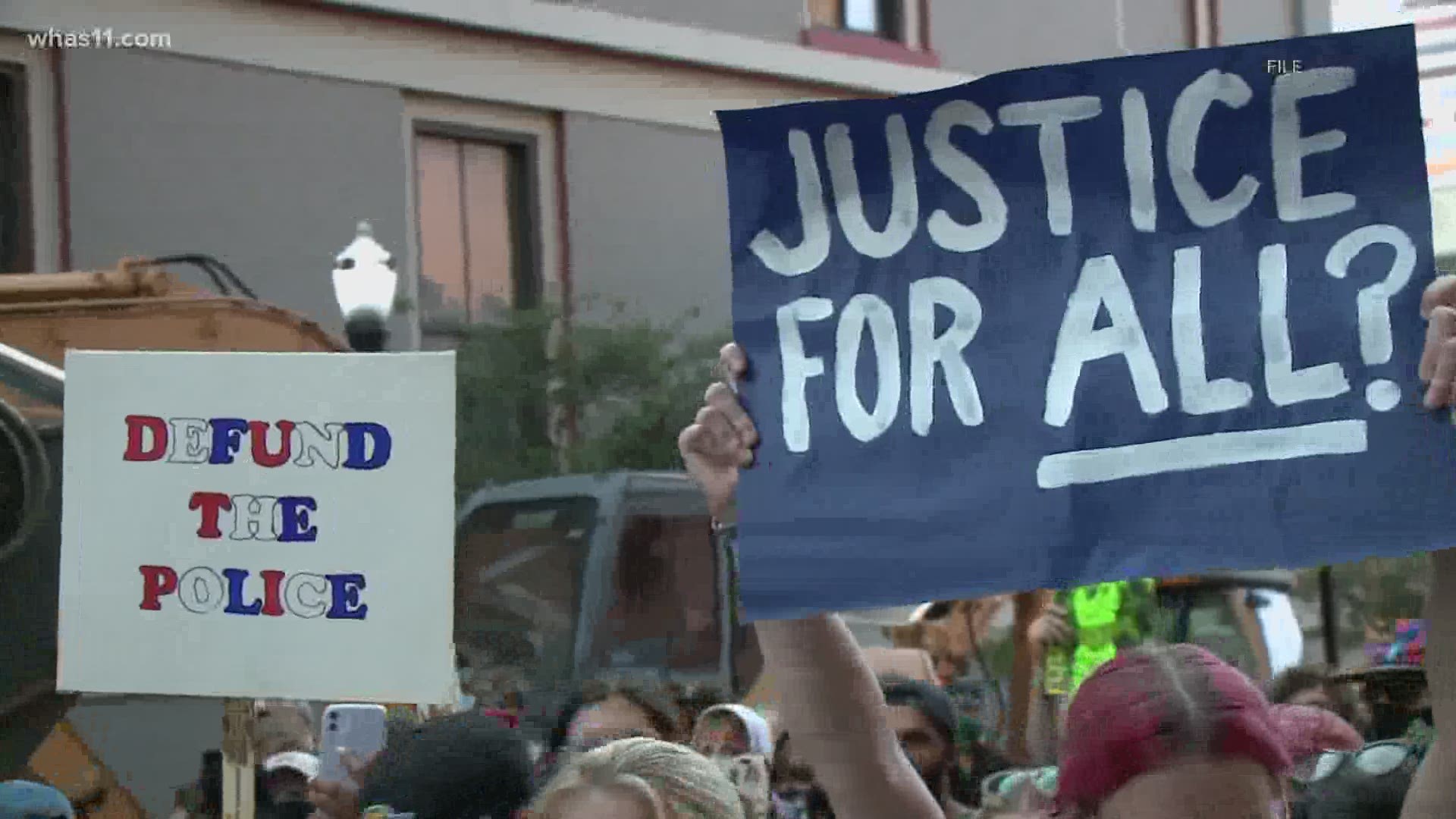 LOUISVILLE, Ky. — Despite the new restrictions from LMPD protesters say they will not be intimidated because they believe the fight for justice is greater than the risks.

At least a dozen were arrested over the weekend in the midst of more than 70 straight days of protests. New restrictions from police are being backed by Mayor Greg Fischer.

"We're just concerned about where all this can lead," Fischer said Monday. "We've heard back from many of the protesters that they appreciated the engagement and understanding of the change."

LMPD is enforcing changes to the way people can protest in Louisville telling protesters they have to keep off public streets, don't block intersections and stay on sidewalks.

"I think we really need to look at the nature in which community safety is governed," president of Louisville's Black Lives Matter chapter, Chanelle Helm said.

Mayor Fischer says police have to crack down on protests due to 'an increase in aggressive behavior.'

"We can't have that so we have to have some orderliness to the city so regular citizens can go about their day to day activity and you can still protest while you're doing that, but you can do so peacefully," Fischer said.

Helm believes the new restrictions are intended to silence protesters and their calls for justice.

"I don't think that in any sense that what LMPD is saying has anything to do with the protest," she said. "In fact it really has to do with them maintaining control or power over folks and use the law in their advantages."

In light of LMPD's new rules, ACLU of Kentucky says it will closely watch developments.

"We're concerned and I think there's a really good question here as to the motives behind issuing these regulations now," ACLU-KY legal fellow, Aaron Tucek said.

Protesters like Louisville's Black Lives Matter member, Em Deemis, expressed concern over the way demonstrations are addressed in the midst of racial tensions.

"Showing up with guns out in riot gear with children present definitely is a big indicator that there's very little little regard for human life," he said.

The social justice group based in New York, Until Freedom, which led a protest outside of Kentucky Attorney General Daniel Cameron's home in July says it will not be 'deterred by arbitrary rules.'

The group will have another direct action plan Tuesday, August 11 as a part of its 'Good Trouble Tuesdays.'

While waiting for the Kentucky Attorney General's decision, Mayor Fischer says a public safety plan is on standby.

"People are obviously waiting for Daniel Cameron to make his announcement so people feel like we're building up to that and how we respond as a community is up to us," Fischer said.